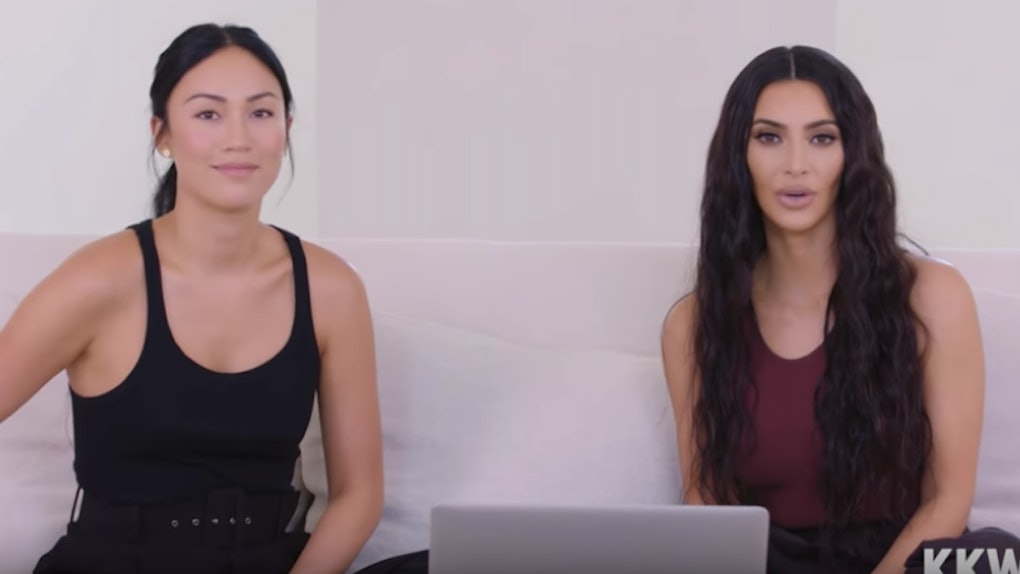 It's been quite some time since we've heard from Kim Kardashian about her former assistant Stephanie Shepherd (AKA Steph Shep). In case you missed it, there was some ~gossip~ going around that the pair ended their working relationship on bad terms, which also meant that their friendship was probably on the rocks as well. But now it looks like we might have all been played folks, because Kim Kardashian and Steph Shep's video addressing their rumored feud puts a lot of speculation to bed once and for all. Let's discuss.

Before we get into this video that debunks some rumors, we need to start with how Steph Shep and Kim K began working together in the first place. Shepherd started her life as an assistant when she moved to LA to work for Real Housewife Erika Girardi. She told Refinery29:

...Mikey and Erika took me under their wing and taught me everything. We traveled the world together. They both opened my eyes to so much, about being a hard-working, meticulous assistant, yes, but also just all the things life can offer.

Later on in her career, Steph Shep interviewed with Kris Jenner's assistant, who then introduced her to Kim. She told the site:

She was just like, 'Look, I need help, Robin loves you and says great things about you; this is what I need. Can you do it?' And I was like, 'OK, sure, I can do that — and if I can't, I'll figure it out!' Meanwhile in my head, I was so nervous. Coincidentally we were both wearing French braids... Kim later told me she was thinking, 'This girl has good vibes and a braid, I'm into her!'

And so the pair bonded over "good vibes" and "braids," like any good relationship starts.

But cut to November 2017, when Shepherd was reportedly let go, with a source telling People that Shepherd was "still friendly with the other sisters but she and Kim aren't really speaking."

But it looks like that was all smoke and mirrors, because now the pair are sitting down and opening up about where they are both at now — and, spoiler alert, it seems like there is zero drama.

In a video published to Kim Kardashian's website, she sat down with Shepherd to finally address the rumors that their business and personal relationship ended on bad terms.

"You guys, we've never had a feud," Kim said. "She wanted to go in a different direction. I respect that. I love giving that encouragement to whoever I'm working with. People just took it… just because people stop working together doesn't mean that they're feuding and stop being friends."

You hear that, folks? Kim was happy for Steph to pursue the path she felt she needed to go down. No bad blood! And now all is well with the world again.

If you want to watch a clip from the interview (and hear Kim chatting about daughter Chicago's sort-of middle name), check it out below:

As they say in Mythbusters, consider this whole theory totally debunked.