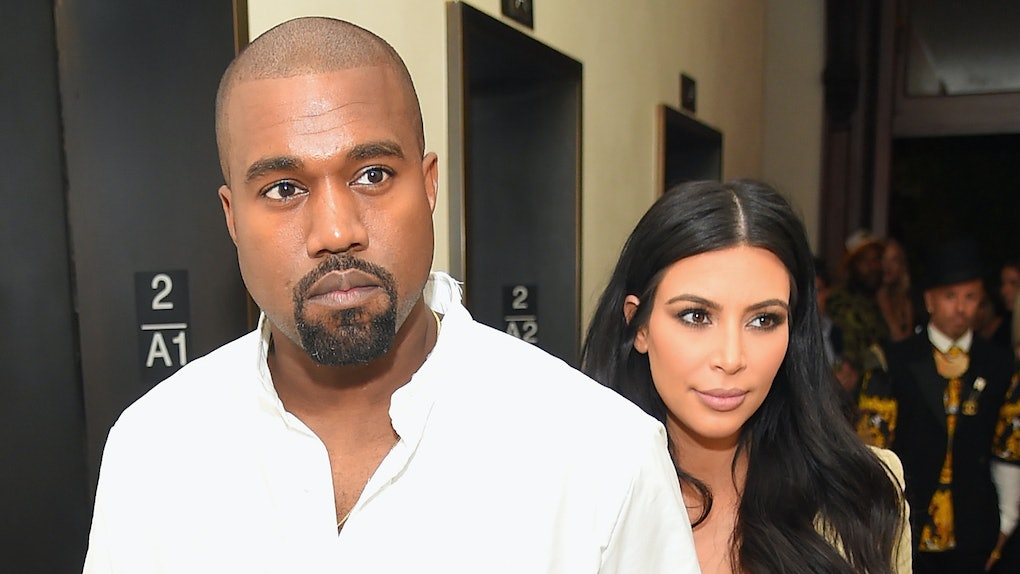 Kim Kardashian & Kanye West Are Planning On Having A Fourth Baby, According To Reports

If you thought that Great Kardashian Baby Boom of 2018 was enough to slow this family's baby-roll, think again. Kim Kardashian West and hubby Kanye West just welcomed their third child, Chicago, in January 2018 and already have another kid on the brain, according to a new report. Us Weekly claims Kim Kardashian and Kanye West are planning on having a fourth baby, and it would be a boy, guys! The two have "one embryo left" for a gestational carrier, just like how they delivered Chicago. Sources claim the embryo's sex is male. Elite Daily reached out to Kim and Kanye's teams for comment on their growing family but did not hear back by the time of publication.

According to multiple insiders, this rumor is likely the real deal. Us Weekly reports one source told them, "[They] have one last embryo left," and oh yeah, they're planning on using it. A second insider said they have plans to work with another gestational carrier "soon." *Gasp!* According to Kardashian, she and her doctors decided it is not medically safe for her to carry children moving forward, hence the decision to use a gestational carrier for Chicago. During that time, Kardashian opened up about what it was like going the surrogacy route. She explained in many instances, it was more challenging to have someone else carry her child because she felt less in control. She told Entertainment Tonight, "I thought this [the surrogacy] was going to be so easy, but you know, even in how much I hated it [pregnancy], if I could do it myself I would have preferred that."

She also posted a thoughtful message to fans on her website breaking down the difference between a traditional surrogate and a gestational carrier. She explained,

After exploring many options, Kanye and I decided to use a gestational carrier. Although I have used the term surrogate in the past, a gestational carrier is actually the technical term for a woman who carries a baby that she has no biological relationship to. A traditional surrogate donates her egg, is artificially inseminated with the father's sperm and then carries the baby to term. Since we implanted my fertilized egg in our gestational carrier, our baby is biologically mine and Kanye’s.

In Elle magazine's April issue, Kardashian confessed she thinks she'd max out at four children. "I don’t think I could handle more than that," she said, adding, "My time is spread really thin. And I think it’s important that in all couples, the mom gives the husband as much attention as the kids.” (And I would add: "and vice versa.")

Regarding Chicago, Kardashian told Elle the embryo decision-making process was tricky. For example, "What sex do you put in?" she said. "I just said, ‘Which one is the healthiest? Pick the healthiest one,’ and that was a girl." In the circumstance of this last embryo, it appears fate has chosen for her.

I can practically hear fans flocking to their phones and news feeds waiting for the good news already. We're all behind you, Kim and Kanye! As per usual.