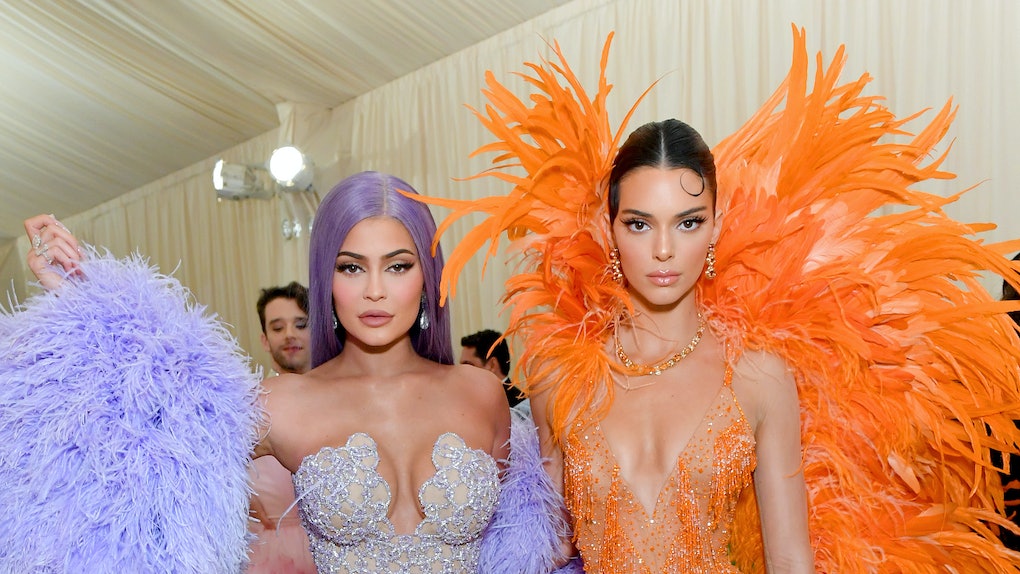 Kendall and Kylie Jenner are not only sisters, they're total BFFs. They party together, do business together, and hit red carpets at each other's side, but that doesn't mean things are peachy between them all the time. In fact, last March, fans were tipped off the two were "fighting" after an Instagram exchange revealed some unexpected drama between them. While at first fans weren't sure what had happened, they now have answers. The latest episode of Keeping Up With the Kardashians revealed what happened that led to Kendall and Kylie Jenner’s Instagram about their fight.

ICYMI: Kylie's post on March 22 seemed completely normal at first. She shared a selfie with Kendall to her grid, telling fans it was a "throwback" pic. However, Kendall's comment on the post raised eyebrows. "Aren't we fighting?" she asked her younger sister.

"Yes but my titties are sitting nice in this pic," Kylie replied. Obvi fans were totally confused as to why the sisters were fighting, but a new KUWTK spilled the tea. Internet sleuths discovered the events in the most recent episode took place just a couple weeks before the Instagram went live, and it served up some major drama.

Kendall and Kylie found themselves in the midst of a full-on fight during the episode. The whole thing started with the sisters falling out after Kylie wore an outfit meant for Kendall during an outing to Palm Springs. From there, things only escalated.

Kylie accused her sister of being in a "bad mood" the entire day, and when Kendall asked her to drop her off at home that night, Kylie said it was too far out of the way.

At one point, things got physically violent between the sisters. Kendall was heard shouting: "You put your heel into my f*cking neck!" Kylie then screamed right back. "That's because you f*cking slapped me!"

The drama was so intense, Kendall believed she would never speak to her sister again.

"I will never speak to Kylie ever again. She smacked me, so I came back at her and smacked her in the face, and then she took her heel and put it to my neck. So I started kicking her back," she said in the episode.

You can watch part of the fight below.

Judging from Kendall's comment on Kylie's Instagram, she remained upset with her sister for weeks after the fight. Of course, the KarJenners are known for their drama, but they always end up patching things up. Judging from Kylie's most-recent Instagram posts with her sister, they're doing A-OK.