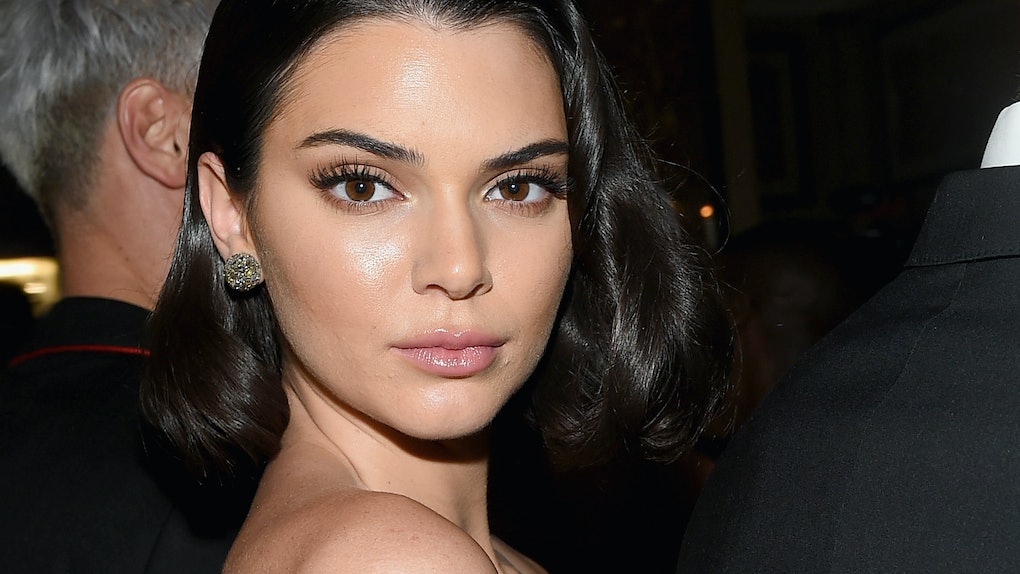 Kendall Jenner's Anxiety Is "Debilitating," According To The Star In New Interview

Having power, fame, and money doesn't always translate to having the picture-perfect life. Case in point: Kendall Jenner, who got pretty candid about the trials and tribulations of her life as a mega-celebrity in an interview with Harper's Bazaar. I know what you're thinking. She's a gorgeous supermodel. She's got millions of followers on social media. She's a Kardashian! While all of that is true, it doesn't negate the fact that having all of that fame (at such a young age, nonetheless) doesn't come with its own set of problems. And, in her interview, we found out that Kendall Jenner's anxiety is "debilitating" which is beyond heartbreaking.

It might seem like the world should be absolute perfection for Jenner: Kendall's Instagram page has an envious 86 million followers (and rising), her Twitter has a whopping 25 million, and, according to Forbes, Jenner was the third highest-paid model in 2016. How could it be that someone so successful could reveal that she has so much anxiety that it actually leads to panic attacks?

Real talk: Anxiety DGAF who you are.

In Kendall's interview, she's asked (by Cara freaking Delevingne, I might add) what keeps her up at night. Her response is beyond poignant. She said,

It’s funny you ask that because I have such debilitating anxiety because of everything going on that I literally wake up in the middle of the night with full-on panic attacks. Where do I even start? Everything is so horrible, it’s hard to name one thing. I just think that the world needs so much love. I wish I had the power to send Cupid around the planet, as cheesy as that sounds. You go online and you see everyone saying the worst things to each other, and it’s hard to stay positive. It’s hard not to get eaten alive by all the negativity.

She also adds that the pressure of being who she is sometimes makes her long for a simpler life. She said,

And you know me and how OCD I can get over the littlest things. If something isn’t going the way I planned, I freak out. Some days I just want to go live on a farm and not talk to anyone and just exist in the middle of nowhere.

Can we picture that now? The illustrious Kendall Jenner tending to some chickens, still looking like the glamorous goddess she is?

She'd be wearing a Victoria's Secret getup, no doubt.

But Kendall's interview definitely resonates with recent drama in her life.

On Jan. 7, Kendall attended the Golden Globes looking absolutely lovely in a black gown, but some people decided to look past her natural beauty and focus on the fact that she had a few pimples on her face (like every other twenty-something person has, I might add).

Rather than letting the comments get to her, Jenner delivered the ultimate clapback – which was that she couldn't care less about what people thought OR about what her skin looked like that day, she was going to rock the Golden Globes no matter what:

In her Harper's Bazaar interview, she also talks about the effects of social media, and why she tries not to delve too much into the online world. She said,

Lately I’ve just tried to stay off it, and I definitely don’t look at comments. I think Instagram is still a fun place for the most part. I like going on and seeing what people are up to, but I mostly follow stupid accounts with pictures of puppies and little baby animals and people saving animals. Forget about Twitter, which is so not fun these days. It just makes me sad.

I can confirm that following accounts with baby animals is actually the path to enlightenment, so keep your eyes on the prize, Kendall.

While it's sad to hear that Kendall battles certain demons that many people will never understand, it's great to see how open she is about discussing what it's like to walk in her shoes.

We hope that 2018 brings Kendall happiness, love, and perhaps a few farm animals.