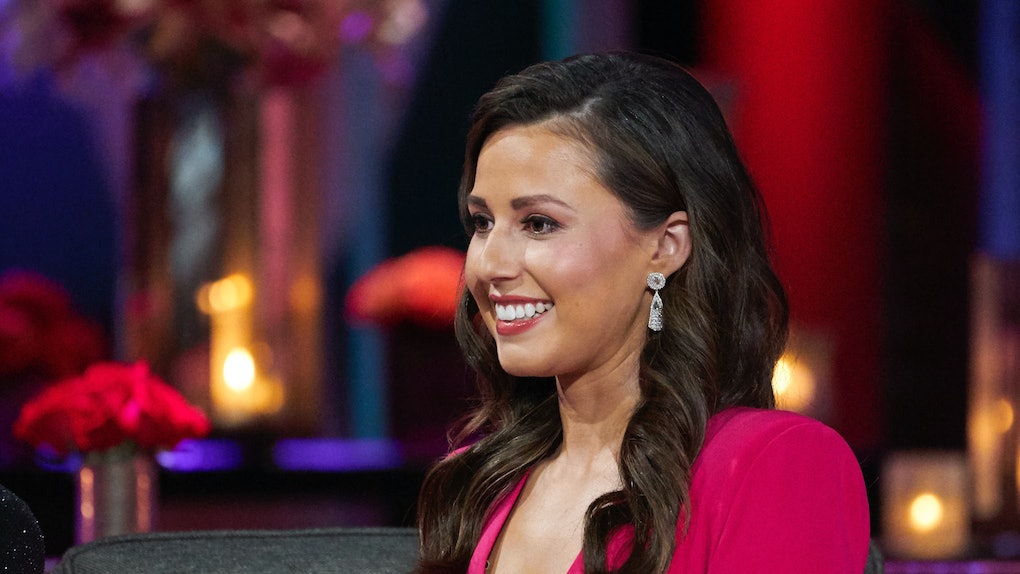 It's Katie Thurston's turn to hand out roses. After becoming a fan-favorite during Matt James' Bachelor season for her outspokenness and sex positivity, she's ready to find her person. But it won't be an easy ride: Katie Thurston's first Bachelorette promo teases a super dramatic season.

The clip opens with a clip of Katie's Bachelor elimination. "I don't regret being myself," she says in a voiceover. "I know what I deserve."

The promo then cuts to Katie as Bachelorette, picking rose petals in a purple dress while Selena Gomez's "Rings" plays over other highlights from her time on The Bachelor. One clip reminds viewers of Katie's no-nonsense attitude toward drama, as she tells another contestant, "I'm not gonna sit here and let mean girls be mean girls!"

Later in the promo, Katie slips on a T-shirt that reads, "BE A KATIE" over her gown. "I never wanna stop pursuing love," she adds in another Bachelor throwback. "I am who I am, and I wanna meet someone who knows who they are." The clip ended by reminding Bachelor Nation when exactly Katie's journey to find love will begin: Monday, June 7.

Matt may have sent Katie home during Week 6 of The Bachelor, but she clearly has the charisma to hold down a season of her own. And Bachelorette fans have a big year ahead of them, because 2021 will feature not one, but two Bachelorettes.

During the March 15 "After the Final Rose" special immediately following Matt's Bachelor season, it was revealed both Katie Thurston and Michelle Young would be handing out the roses this year. While Katie's season is airing this summer, Michelle's will hit your screens sometime in the fall.

And as Katie made clear on "After the Final Rose," she's ready to get started. "I'm ready to find love, and not just the temporary kind. I'm talking forever, my husband," she said. "I'm in a place in my life where I feel like I'm the best version of me. I've seen [this process] work before. Why shouldn't it work for me?"