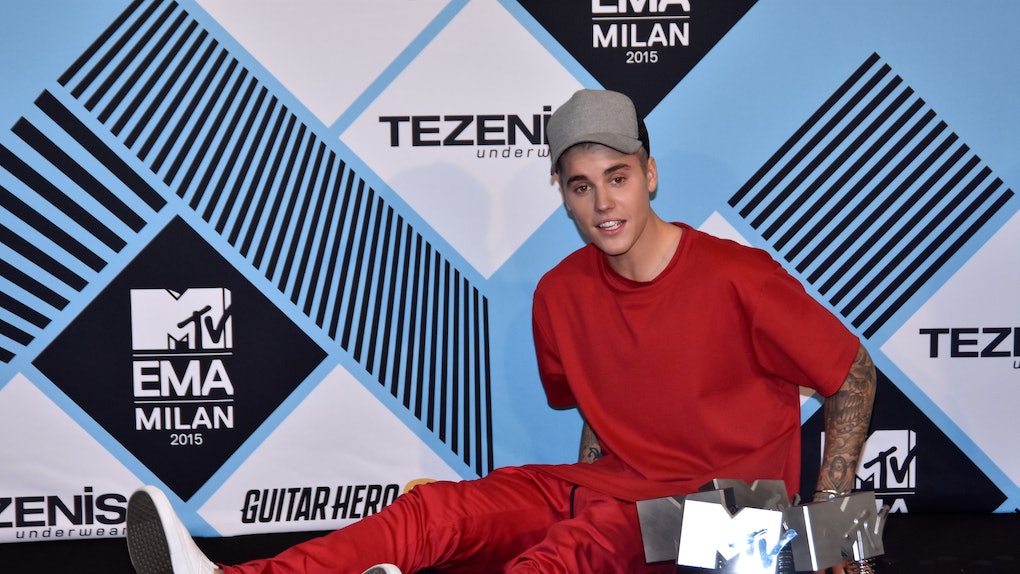 Justin Bieber doesn't seem to agree with Taylor Swift in her feud with manager Scooter Braun, and he is not shy about making that clear. As it stands, Justin Bieber's response to Taylor Swift's label drama is basically calling her out in a not-so-subtle manner and fans may not know how to react to this.

On Nov. 14, Swift posted a statement on Twitter, addressing her concerns about her old pre-Lover albums and their ownership by her former label Big Machine Records. In her statement, she alleged she is not able to play her old songs at specific events this year, placing the blame specifically on Big Machine execs Scott Borchetta and Scooter Braun. Swift claimed that the two men are preventing her from playing her older songs at the American Music Awards and in a Netflix documentary she is reportedly working on.

Apparently, Bieber is not a "belieber" of Swift's claims. He posted a screenshot of a TMZ article on his Instagram Stories with the headline: "TAYLOR SWIFT FREE TO PLAY ALL HER HITS DURING AMAS...Big Machine Can't Stop Her." Obviously, the screenshot with no further comment suggests that Bieber is dismissive of Swift's allegations. Bieber is one of the big-name artists managed by Scooter Braun, while others include Ariana Grande and Demi Lovato. His lack of support in the situation will most likely cause split opinions on the subject, and deepen the lines drawn between Beliebers and Swifties in recent months. However, it looks like the Swifties are already on the case, posting complaints about injustice to Swift on Twitter.

TBH, this kind of allegation is a tough one, and most don't feel like Swift would just make this up or be so misinformed about her own performance rights.

Swift's Twitter post read partially: "Scott Borchetta and Scooter Braun have now said that I’m not allowed to perform my old songs on television because they claim that would be re-recording my music before I’m allowed to next year." She also claimed that Borchetta and Braun are keeping her from using her old recordings and performance videos in her upcoming Netflix documentary, but then went on to say that Borchetta informed Swift and her team that she'd be able to play her old catalog, owned by Big Machine Records, if she agreed not to talk about the two men and not to "re-record copycat versions of [her] songs next year."

Big Machine Records responded publicly to Swift's statement via the company's site. The label claimed that the singer still has the right to perform her songs live — anytime, anywhere — going on to say that Swift's comments are not true. The statement went on to claim that Swift contractually owes "millions of dollars" and they have tried to reach a mutually beneficial agreement:

However, despite our persistent efforts to find a private and mutually satisfactory solution, Taylor made a unilateral decision last night to enlist her fanbase in a calculated manner that greatly affects the safety of our employees and their families. Taylor, the narrative you have created does not exist.

The TMZ article that Bieber posted to Instagram echoed this Big Machine statement, so it seems clear that Bieber is siding with the record label in this matter.

This is totally a lot to unpack here, and although these allegations made by both parties are conflicting, it's clear that Bieber isn't super supportive of Swift at the moment. There really is no drama like pop-music drama.