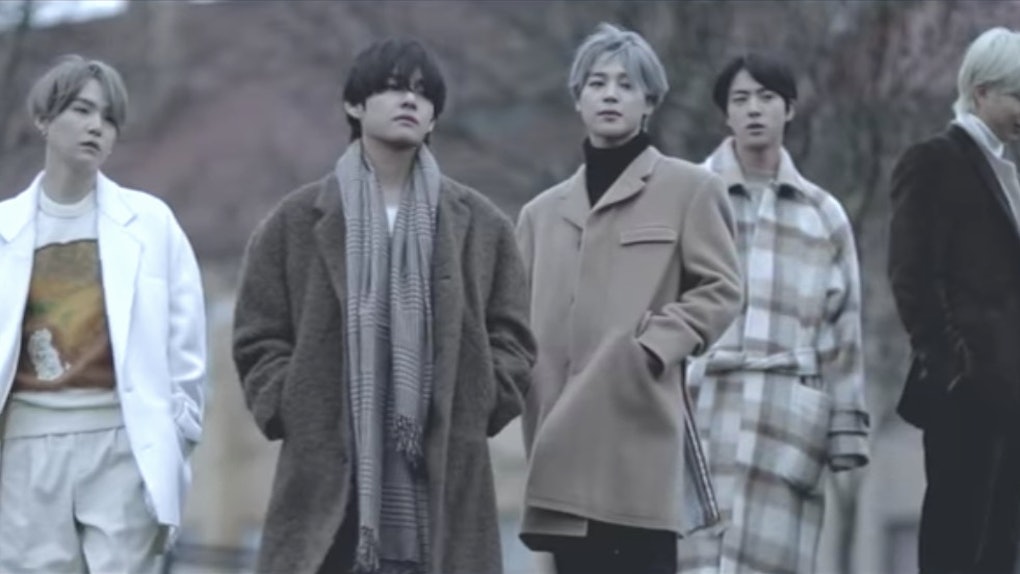 BTS are truly the gifts that keep on giving. In December alone, BTS surprised fans with another Halsey collaboration, an appearance at Variety's 2019 Hitmakers brunch, and confirmation they'd be performing at New Year's Rockin' Eve in New York City. Now, BTS' Jungkook shared yet another edition of his Golden Closet Film series. Jungkook's GCF in Helsinki video will help you see BTS through the eyes of Jungkook.

On Friday, Dec. 27, the BTS ARMY did not expect a new GCF from Junkook at all, since they were so focused on the group's 2019 KBS Gayo Daechukje performance from earlier that day. Their Gayo Daechukje stage marked the group's final Korean performance of the year, so it was a huge deal for fans to tune in. BTS made their performance worthwhile, as the group performed five songs, including "Home," which they never performed live on television before.

Just a few hours later, Jungkook gave fans another surprise by sharing his "G.C.F in Helsinki" video. The last time Jungkook treated fans with a GCF was in December 2018, so you can imagine how excited fans were to get a new video. BTS was in Helsinki, Finland, from Nov. 12 to Nov. 16 shooting their winter package, and Jungkook recorded his GCF during that time.

As always, the video — directed and edited by Jungkook — showed BTS from the youngest member's perspective. With Talos' "To Each His Own" playing in the background, the clip paid close attention to each of the members, and, while the majority of the video was super focused, solemn, and attentive, there was one short break in the middle. At the 0:52 mark, Jimin began playfully roughhousing with Jin and J-Hope before the screen went black, Jungkook sniffled, apologized, and then the video returned to its more serious tone. (You can always count on Jungkook to work in a bit of his funny personality — even into an earnest video like this one.)

With the video focusing on BTS' travels, it was nice for fans to get a more traditional "GCF" video this time around. Jungkook's previous clip, "G.C.F 3J @2018 MMA Practice," didn't focus on the group visiting another country. Instead, it showed the members rehearsing for their epic 2018 Melon Music Awards performance.

Jungkook has definitely come a long way since his first GCF, which was released in November 2017. Titled "G.C.F in Tokyo," the clip followed Jimin and Jungkook's trip to Japan together. Fans felt as if they were on the trip, too, thanks to Jungkook's filming and editing style.

With his series going two years strong, Jungkook clearly has no plans of stopping anytime soon.