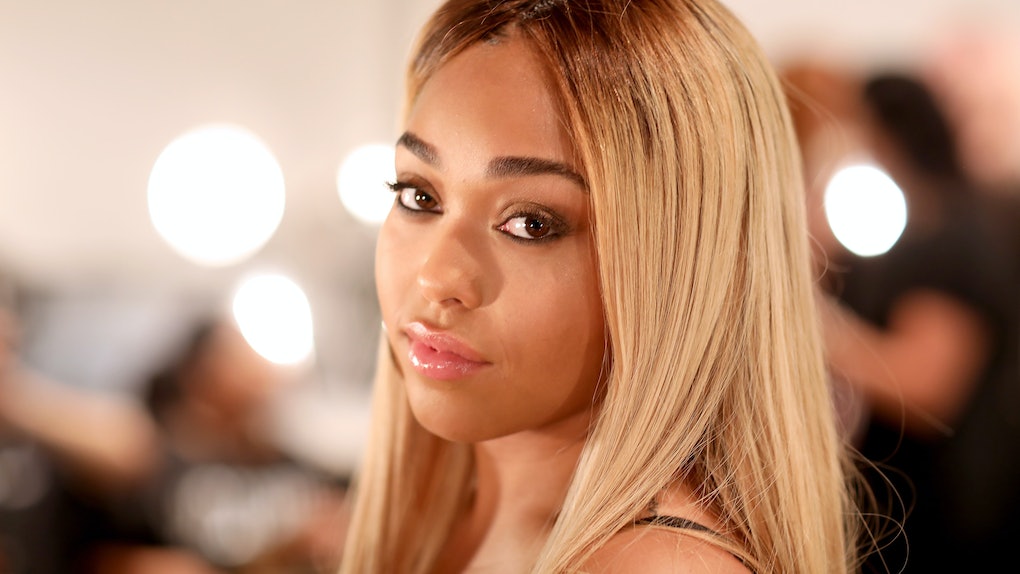 There are lots of jaw-droppingly scandalous news headlines currently swirling about but one, in particular, seems to have captivated the nation's attention: Jordyn Woods reportedly hooking up with Tristan Thompson. (Elite Daily previously reached out to both of their reps for comment and did not hear back in time for publication.) According to new sources, Jordyn Woods reportedly thought the Tristan Thompson drama would be over by now. New sources tell Us Weekly that Woods wasn't at all prepared for the mass backlash she's been facing since news of her reportedly cheating with Khloé Kardashian's longtime boyfriend broke out a week and a half ago.

In fact, the source notes that, if it weren't for the negative media attention, Woods reportedly wouldn't address the alleged hookup. "If this wasn’t a news story, Jordyn wouldn’t be apologizing,” the source added to Us Weekly. However, instead, Woods may discuss the situation when she appears on Jada Pinkett-Smith's show Red Table Talk this Friday, March 1. (TMZ reports the episode was filmed on Tuesday, Feb. 26.)

For those of you who haven't been keeping up with the scandal that seems to have rocked our good nation to its core, on Feb. 10, multiple insiders confirmed to Us Weekly that Woods was spotted at a house party on Feb. 17 making out with Thompson.

“She said she went there to make sure none of the girls stayed over,” the source told Us Weekly, also adding that Kardashian reportedly thanked Woods for filling her in on what happened.

Then, of course, Kardashian got wind of what actually might have happened. In other words, the story that has been dominating headlines for the past week. Us Weekly reports that former Real Housewives of Miami star Larsa Pippen, a family friend of the Kardashians, reportedly heard from Jason Lee of Hollywood Unlocked.

“Kim was in complete disbelief,” the source told Us Weekly. “But Kourtney believed it.”

After hearing the news from her sisters, Kardashian reportedly went ahead and confronted Woods. That's when the truth reportedly came out. “Jordyn eventually broke down and admitted that the hookup happened,” a source told Us Weekly.

Neither Woods nor Kardashian's sisters have overtly made any statements regarding what's happening.

Kardashian has made a few cryptic Instagram stories about what she's been going through, including one that read, "people reveal themselves through their actions." Sources told Us Weekly that the Revenge Body host is reportedly "completely devastated" over the news.

Thompson, on the other hand, is reportedly less torn up over the whole fiasco. “Tristan isn’t a manipulative person. He’s just a cheater and doesn’t care about anyone besides himself, his wants and his needs in the moment,” an insider told Us Weekly. “Tristan isn’t too worried about not seeing True, or Khloé establishing new rules when it comes to coparenting.”