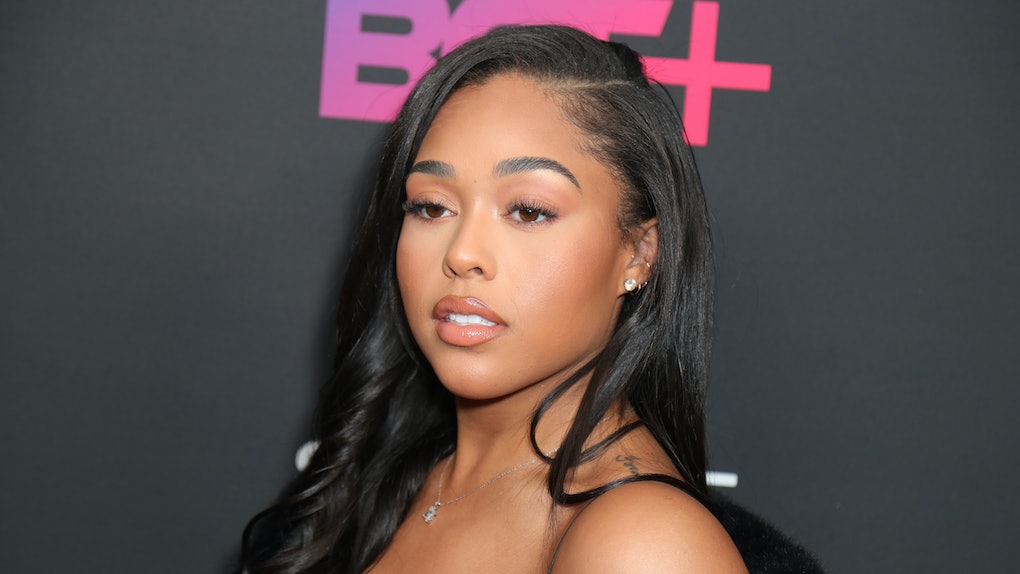 Jordyn Woods’ New Movie ‘Trigger’ Made Her "Nervous," But Not Because Of Haters — EXCLUSIVE

Jordyn Woods may have just turned 23, but her resume already spans multiple careers. Putting her former title of “Kylie Jenner’s BFF” in the past, Woods embodies a number of roles, including model, entrepreneur, and Masked Singer. Now, with the release of her new film, Trigger, Jordyn Woods can also call herself a movie star.

The whole acting thing is a recent development for Woods. In 2019, she guest-starred in a Season 2 episode of Grown-ish; later that year, she was in BET+'s movie Sacrifice. It's not a path Woods always considered taking. “I grew up around acting my whole life,” she tells Elite Daily. “I never thought I was actually going to go and pursue it, but it all ended up working out and just being in this lifestyle.”

In her latest project, another BET+ movie called Trigger, Woods is upping the ante by taking a lead role. For Woods, being one of the film's stars comes with extra pressure to perform. “I was definitely nervous, but I just made sure that I studied and I put the work in," she says. "It's a learning process, and each time you get better."

The movie follows a newly married couple, Vanessa (Woods) and Collin (Wesley Jonathan), whose fancy party turns into chaos when Jonathan’s brother (Jeremy Meeks) stirs things up. A fan of thrillers like this, Woods says she was excited to portray Vanessa.

“Vanessa [is] a boss wife, kind of like me," she explains. "I'm not married yet, but she's like the older version of me in a way, so I just channeled myself. It came naturally.”

As for what's next for Woods in the acting department, she says she's "going with the flow" while she works on all the other aspects of her career.

"This is more like a hobby to me," she says. "I feel like it's cool to try everything. You can try it and see if you like it and if you don't, you don't have to do it again. The only thing you regret is the things that you didn't try. That first jump can be scary, but you just have to go for it, and [with acting] it ended up being very rewarding.”

For now, she's focused on celebrating Trigger's release — in a low-key way, of course. “There's not really much to do during COVID. People think that if you're over it, it's over. It's absolutely not," she points out. “So I'm just trying to chill and watch it with my family at home and maybe have some dinner, and celebrate it with my fans on social media.”

One thing Woods definitely isn’t going to be doing? Wasting time on her haters. Anyone with nearly 12 million Instagram followers is bound to deal with their fair share of negativity, especially when promoting something they've been working on — and that's without a scandal with the Kardashian/Jenner family that can't seem to die.

Trigger is streaming on BET+ now.