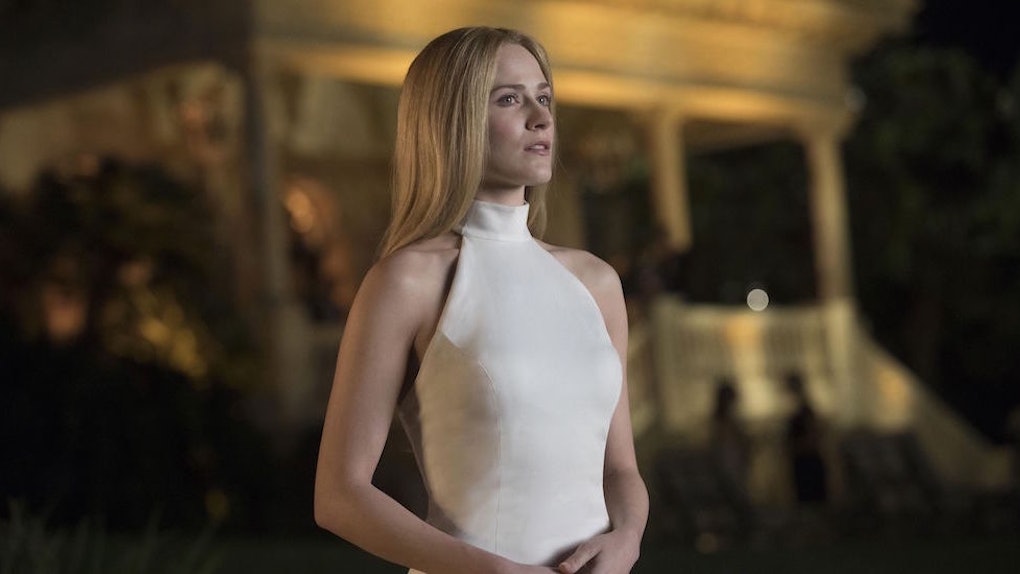 Is 'Westworld' In Outer Space? The Show May Have Just Debunked A Major Fan Theory

Westworld is a mystery wrapped in an enigma that was thrown inside of a massive maze, and all of that puzzling secrecy is what makes it one of the most theory-heavy shows on the air. Fans have come up with a ton of guesses about what the series' next game-changing twist will be, but one of the most prominent theories may have just been debunked by Sunday night's new episode. So, is Westworld located in outer space or not? The theory may seem out-there, but it actually grew to become a pretty convincing guess about the show's next big reveal... except now it seems less likely. Let's go over all the new details.

Spoiler alert: This post will discuss details from Westworld Season 2 Episode 2, "Reunion." The latest episode of Westworld is a major milestone, because it reveals that the hosts have actually been outside of the park before. At the beginning, we see Dolores staring out of a window in a high-rise in the middle of a big city in China, where Arnold and Ford have taken her to show off to potential investors. Later, we see that Dolores has left the park at least two other times: first to seduce Logan Delos into investing in the park by appearing at a party filled with hosts, and later when William brought her to James Delos' retirement party to play the piano for guests.

All of these rare outside-the-park scenes help to answer the major fan question of where Westworld might actually be located. The theory that the park may exist on another planet has been growing among fans after viewers picked up on some notable mentions of launch stations and entryway decompression chambers in Season 1, but the new episode may have disproven that theory. The big, potentially theory-breaking moment comes when Arnold shows Dolores to his home in China. He tells her that he chose that location for his home because he wanted to live close to his work, which definitely seems to suggest that Westworld is somewhere near China.

We got another hint about the park's location in the Season 2 premiere episode, when Chinese-speaking police officers arrive at the park following the Season 1 finale massacre. Westworld's Head of Operations Karl Strand orders the officers to get off "the island." Pair this information with what we learned about Arnold's home, and it definitely seems to suggest that Westworld is located on an island somewhere off the coast of China, presumably in the South China Sea, the East China Sea, or the Yellow Sea.

Although the Chinese island theory seems to be the most convincing right now, the new episode actually didn't totally debunk the outer space theory. Maybe when Arnold said he wanted to live close to work, he was actually referring to the location of a China-based space station that sends Westworld customers to the park. And perhaps in the universe of Westworld, some planet besides Earth has actually been colonized, making it even easier for visitors to come to Westworld. It is still a pretty radical theory, but technically, it still has not yet been totally disproven by the show.

So, the big question about Westworld's location is still up in the air, although it does look like we are going to be getting some answers as Season 2 progresses. I am definitely most convinced that Westworld is probably somewhere off the coast of China, though, especially since we know that the Asian-inspired Shogun World is going to play a big role in the rest of this season. I guess we will just have to wait to see what Dolores, the Man in Black, or one of the other characters searching for the end of Westworld find when they get there.