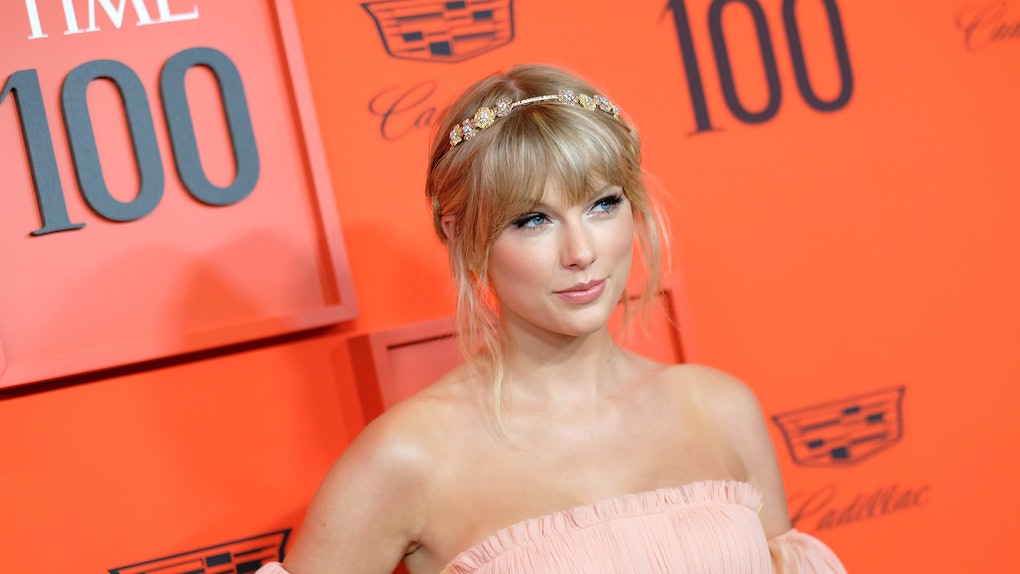 Is Taylor Swift Dropping New Album Merch? Here's Why Fans Think She Is

It's been a good year for artist merch already. Kanye just released sweatshirts for his Sunday School performance at Coachella, and Beyoncé dropped a new line of Homecoming-themed clothing in honor of her new Netflix documentary. Now, the question, "Is Taylor Swift dropping new album merch?" is cropping up all over the internet, indicating that the pop songstress might be releasing her own wearable collection (and therefore also an album!) sometime very soon. Like I said, 2019 is a good year for merch, but it's also an incredible year for music—let's just hope all of the Swift buzz is real.

If you've been following the artist on social media then the numbers "4.26" will certainly ring a bell. Swift has been uploading photos of random pastel-tinted sights like flowers in vases, suited women holding handbags, baby chicks in sunglasses (my personal favorite), and a beaded heart to her profiles, captioning them all with simply "4.26." Naturally, this has led fans to speculate a number of possibilities as to what could potentially be dropping on April 26, with the frontrunner being a new album. Her last release was Reputation in 2017, so a new record could very well be in store.

But what about the supposed merch, you ask? Earlier this week, Swift was spotted stepping out out in New York City rocking her pink dip dyed hair (fans are guessing this might also be a nod to an upcoming drop), pink floral shorts, and a cropped long-sleeved tee featuring a bouquet of glittery pink blooms on the front. But as eagle eyed fans are pointing out, the shirt also reads "TAYLOR SWIFT" along its arm, hence the merch speculations.

"ITS THE PRETTIEST MERCH EVER," wrote one Twitter user.

"If it’s merch is that like the cover for the single??? that would make sense," wrote another.

And perhaps most enthusiastically, "It’s pastel pink, it has SPARKLY roses and it says Taylor Swift therefore I NEED IT."

Indeed, the top does look like something Swift would sling at her concerts and the colors and theme of the shirt are extremely cohesive with the mysterious photos she's been uploading to her Instagram and Twitter accounts as of late. Some fans have also been speculating that a Taylor Swift clothing collection could be on the way over the past few weeks because of the fashion-related photos the singer has been uploading, which is an idea that the rose shirt would also support. Luckily, we've only got two more days until April 26th hits and the big news in all of its glory is revealed. Who knows, maybe Swift is planning to announce a massive project involving music, fashion, merch, and more, proving everyone's ideas to be right! She of all people could certainly pull it off.

While you're waiting for the news to be released, I recommend reading her TIME 100 nod, which lauds her as one of the most influential people of 2019 and is penned by none other than Sawn Mendes. Mhm, I thought you'd be interested.