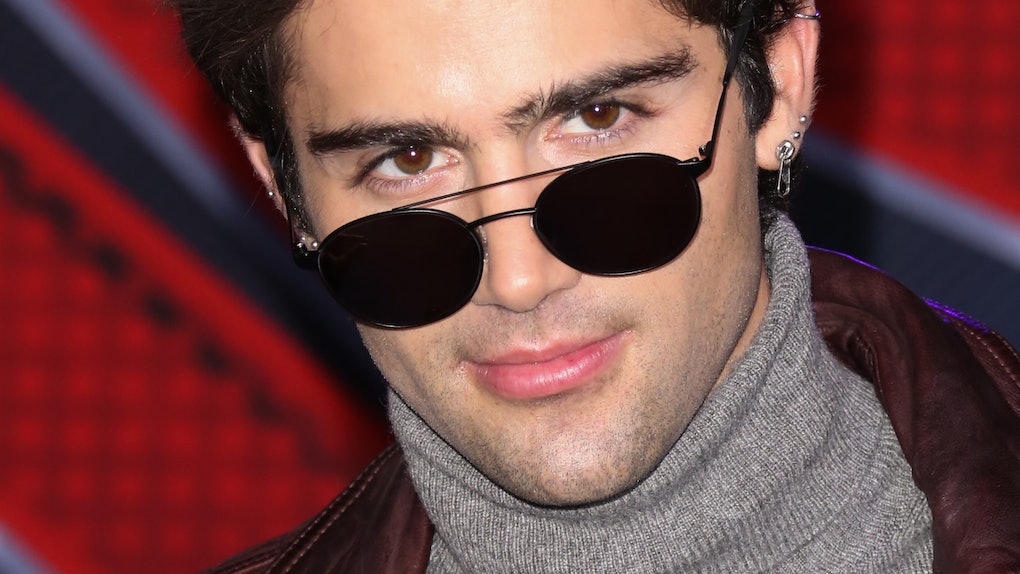 Curveball alert. According to an extremely rogue Instagram posted to his account on Oct. 13, Max Ehrich might be dating Sonika Vaid...? I know, I know. With pretty much no warning or context, Ehrich posted what seems like a paparazzi shot of himself and the American Idol alum looking awfully couple-y walking outside at night. The picture in question features him smiling with his arm wrapped around her. Ehrich posted the photo onto his grid with no caption and disabled the comments. Check out the photo for yourself here.

Vaid didn't post anything about Ehrich on her feed. But she did give E! News a brief explanation for why they were hanging out. "I met Max recently at dinner with mutual friends," she explained. "It was a fun night and we all got to hang out and head to the studio together." She later added, "We've just been hanging out since and having fun," which, TBH, is pretty much what every celeb says when they're trying to date someone new but pretending like they're not.

But, hey, maybe they really are just buds?

Whatever's going on between those two, I'm just glad to see Ehrich is hopefully having fun with someone new. Since his breakup with Demi Lovato, he's publicly claimed he only heard about the split through tabloids, compared himself and Lovato to Pete Davidson and Ariana Grande, been filmed crying and praying on the beach where he first proposed to Lovato, and, most recently, reportedly has made plans to drop a love song "all about his relationship with Demi."

Lovato, on the other hand, has reportedly been hoping her ex would just move on. "She is having all sorts of issues with Max not leaving her alone," a source reportedly told E! News on Oct. 12, a day after TMZ released the footage of Ehrich sulking at the site of their engagement. "He has been trying to get in contact with her family and friends and they have all blocked him. She's in contact with lawyers now on what to do." (Elite Daily reached out to reps for Lovato and Ehrich for comment on these claims and didn't hear back in time for publication.)

For both Lovato's and Ehrich's sake, I really do hope he's moving on.