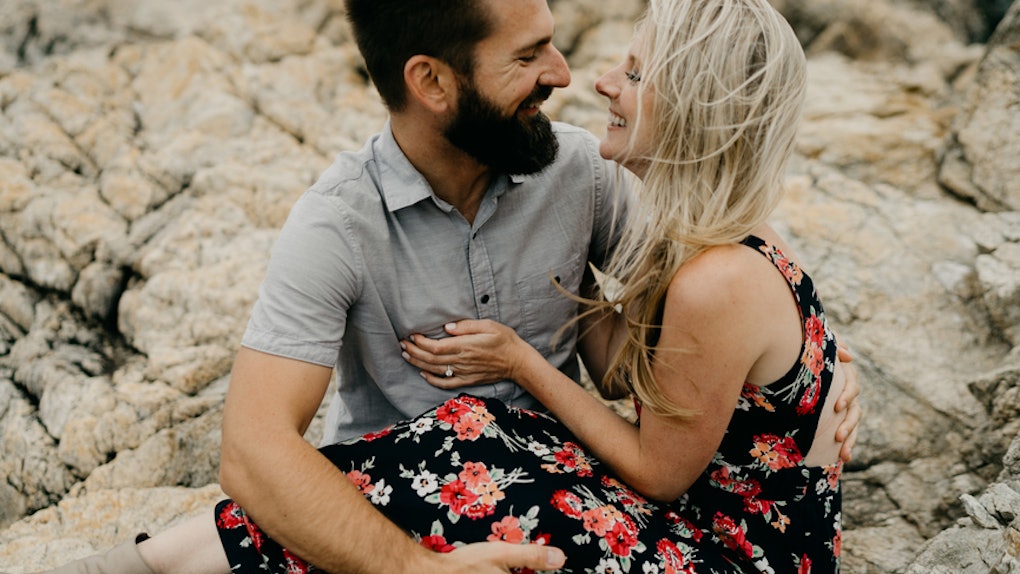 I don't know how I feel about the whole "love at first sight" thing. When I saw my boyfriend for the first time, I really liked him. I thought he was hilarious, sure, but I wouldn't say I was in love. I know a girl who worked with her boyfriend for three years before ever realizing she had any sort of romantic feelings for him, and I have another friend who didn't realize she had feelings for her friend until five years down the line. So, to be honest, when it comes to whether or not love at first sight is real, I think it largely depends on what each specific person defines as "love."

So while I've personally never experienced love at first sight, that's not to say the experience hasn't been, or at least seemed, real for other people. I mean, sure, this is fiction, but have you ever seen a Nicholas Sparks movie? Ever watched Titanic? If you're looking for an example based in reality, have you watched that BBC interview with Meghan Markle and Prince Harry, who said he knew Meghan Markle was "the one" the moment he first met her?

On the moment he first laid eyes on Markle, Prince Harry said,

I was beautifully surprised when I walked into that room and saw her. There she was sitting there and I was like 'OK, well, I'm really going to have to up my game here.'

So yeah, I guess you could say love at first sight worked out for those two. The bottom line is, to some people, love at first sight is a very real phenomenon. But how common is love at first sight for normal people — you know, the ones who maybe aren't members of a royal family? According to dating site Match.com's Singles in America survey, 34 percent of singles reported that they had actually experienced falling in love at first sight themselves. That's just over a third of people! No joke!

“Love at first sight is relatively easy to explain. Romantic love runs along curtain electrical and chemical pathways through the brain which can be triggered instantly,” Dr. Helen Fisher, Match’s Chief Scientific Advisor and Biological Anthropologist said in a statement.

So is there a scientific explanation for why dudes tend to be falling in love more quickly? Yes, there is, according to Dr. Fisher. “Men fall in love faster, statistically speaking, and have experienced love at first sight more often, probably because they are more visual. It's a basic drive, like thirst and hunger," she says. "Food and water keep you alive today; romantic love leads to bonding, mating and sending your DNA into tomorrow."

Dudes weren't the only group of people to fall in love a little faster than the rest of us. The survey found that members of the LGBTQ+ community also tended to have more experiences with love at first sight, with about half of gay respondents, 40 percent of lesbians, and 36 percent of bisexuals all claiming to have experienced love at first sight.

The main takeaway here as far as I can tell? Just because you haven't experienced something, doesn't mean it's not real.