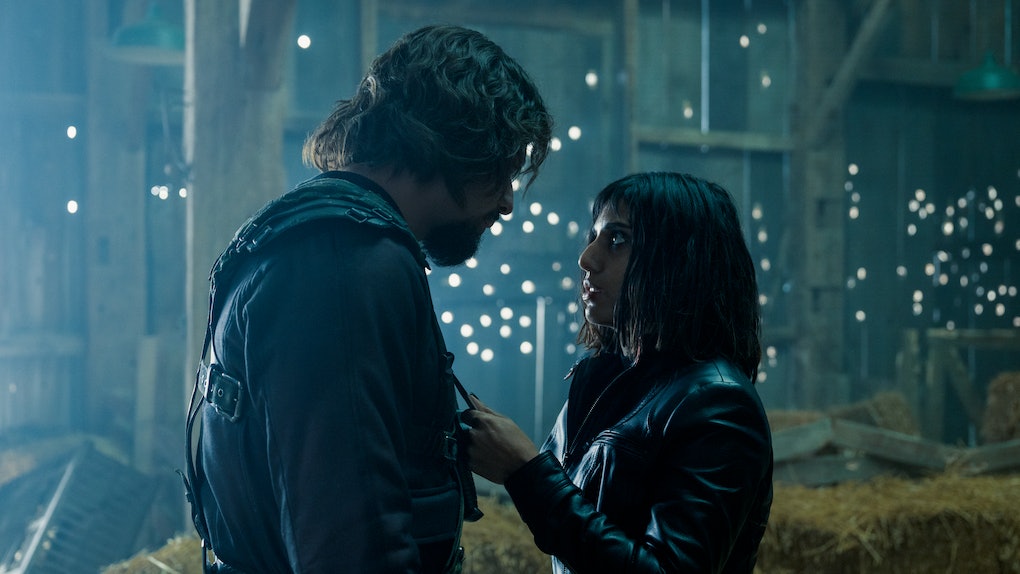 Is Lila In The Sparrow Academy? This 'Umbrella Academy' Theory Is A Lot

The Umbrella Academy Season 2 brought the story of Lila full circle by the season finale. The character was an onion of layers, and each time fans thought they'd found the center, it turned out things went deeper. But Lila's secrets had nothing on the major revelation at the end of Season 2, when the Umbrella Academy members went home and discovered they'd changed the timeline and created The Sparrow Academy. Now, fans are wondering if Lila's secrets and the new timeline might intersect — and if they do, does that mean Lila is in the Sparrow Academy?

Then Lila learned Five was the man responsible for killing her birth parents, causing her to be adopted by the Handler in the first place. But when she confronted Five, he pointed out he was just following orders. You see, the Handler was the one who ordered her parents killed, because she wanted to take possession of Lila.

When people talk about the members of The Umbrella Academy, most of the time, they only think of the seven kids the Monocle adopted, not the broader 43 he initially created. They don't consider what happened to the 36 who he failed to get his hands on — including Lila. Considering what happened to her in the years between her birth and the events of Season 2, perhaps the Monocle should have kept better tabs on them.

Or perhaps he did.

When The Umbrella Academy members returned to 2019 after saving the world in 1963, they discovered they changed the timeline. By meeting the Monocle back in the 1960s, aka before they were adopted, they altered which students he picked to join his academy. Seeing what a hash he made of his original, he chose a different set of children this time around... Well, almost an entirely different group; he couldn't see Ben's ghost in the 1960s, so he ended up picking Ben again to be part of this new group and named him Number One.

But who are the others? The show deliberately keeps them in shadow, on the balcony above Ben. But there are five figures, at least two of whom are women.

Fans have already been desperately speculating who they could be, including the very dubious idea Harlan could be one of them. (Considering he'd be in his 30s in 1989, I'm going with no, but who knows?) However, one could be Lila. Since the show is picking alternate choices from the other 36, this would be an obvious yet complicated way to bring her back. It also throws a spanner into her and Diego's chances of getting back together for Season 3.

Fans can only hope they hear about an Umbrella Academy renewal soon, so the speculation of who the members of the Sparrow Academy are can begin in earnest.