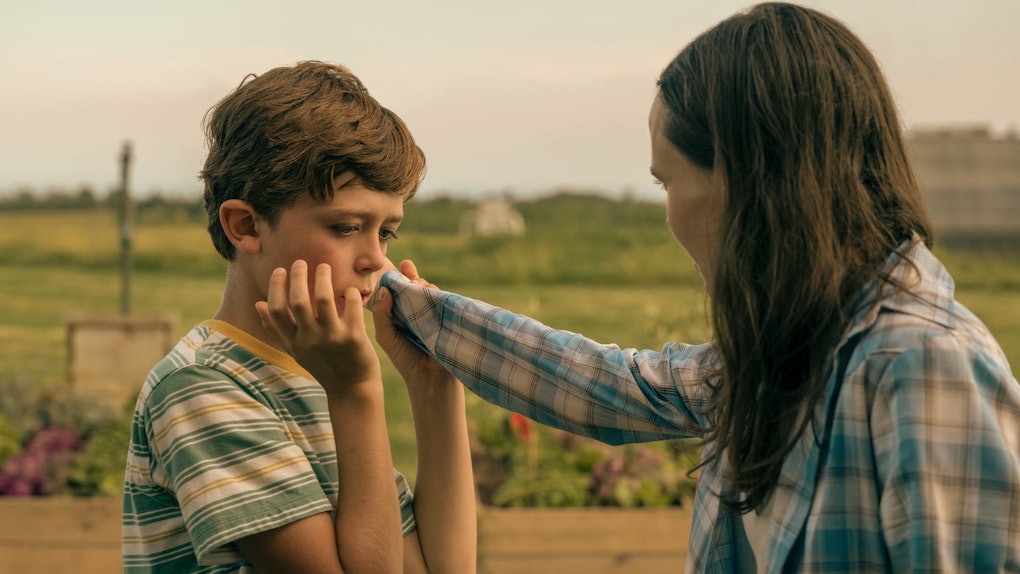 Is Harlan In The Sparrow Academy? This 'Umbrella Academy' Theory Makes Sense

The Umbrella Academy has a knack for leaving fans with truly wild cliffhangers at the end of each season, and Season 2's finale was even more mind-boggling than the first. With so many big revelations in the last episode, fans might have missed a small connection that could explain everything. A major theory going around the fandom is that Harlan is in the Sparrow Academy, meaning he'll possibly return in a major way in The Umbrella Academy Season 3. Here's why fans are convinced of this theory:

Spoiler alert: This post contains spoilers from the Season 2 finale of The Umbrella Academy. The final episode of Season 2 left The Umbrella Academy fans with a ton of pressing questions that will likely be explored in a potential Season 3, like: Where did Lila disappear to? What's Reginald Hargreeves true identity? How is Ben alive again? Most importantly, though, every fan is wondering about the newly introduced Sparrow Academy. When the Hargreeves siblings made it back to 2019 after their adventure in 1960s Dallas, they discovered Reginald was still alive and had formed a superhero team called the Sparrow Academy instead of the Umbrella Academy.

Barely anything is known about this alternate team, other than it's led by the still-alive Ben and includes a floating green cube as one of its seven members, but a small moment in the finale may have hinted at the identity of another important member of the group. Fans think Harlan, the silent child Vanya nannied for back in 1963, may have been the founding member of this new group.

The theory would make a lot of sense. Harlan's life was one of the biggest changes the group made to the timeline during their time in the '60s — with Vanya having saved his life and imbued him with her powers — so that could have been the thing that led to the Sparrow Academy forming instead of the Umbrella Academy decades later.

Most notably, though, is Harlan's final scene. Although Vanya appeared to take his powers away, Harlan was shown making his toy bird float as Sissy drove him to California. Fans were quick to guess this bird is actually a sparrow, and is meant to signal Harlan's connection to the alternative superhero group.

So, could Harlan be one of the shadowy Sparrow Academy members viewers saw behind Ben in the finale? There is a bit of a snag with that theory: He would be very old in 2019. If he aged as most humans age, Harlan would be in his late 60s or early 70s by 2019, which doesn't necessarily mean he couldn't be part of the Sparrow Academy, but it would be a definite divergence from the Umbrella Academy's structure of all being the same age (since all the members share the same birthday). Then again, time is a very mutable thing in the Umbrella Academy universe, so there's always the possibility Harlan found some way to remain young or travel through time to be part Reginald's team in 2019.

Interestingly enough, Vanya giving Harlan her powers in 1963 presumably made him the very first superpowered person in the timeline, since all of the other superpowered people weren't born until 1989. Having powers decades before anyone else could have led Harlan to not only being part of the Sparrow Academy, but actually founding it alongside Reginald.

Of course, nobody knows for sure whether fans will see Harlan as one of the Sparrows in a potential Season 3 of The Umbrella Academy, but this theory would definitely be fun for the show to explore. Netflix has yet to pick up a third season, but if it does, fans can probably expect it to premiere sometime in 2021 or 2022.