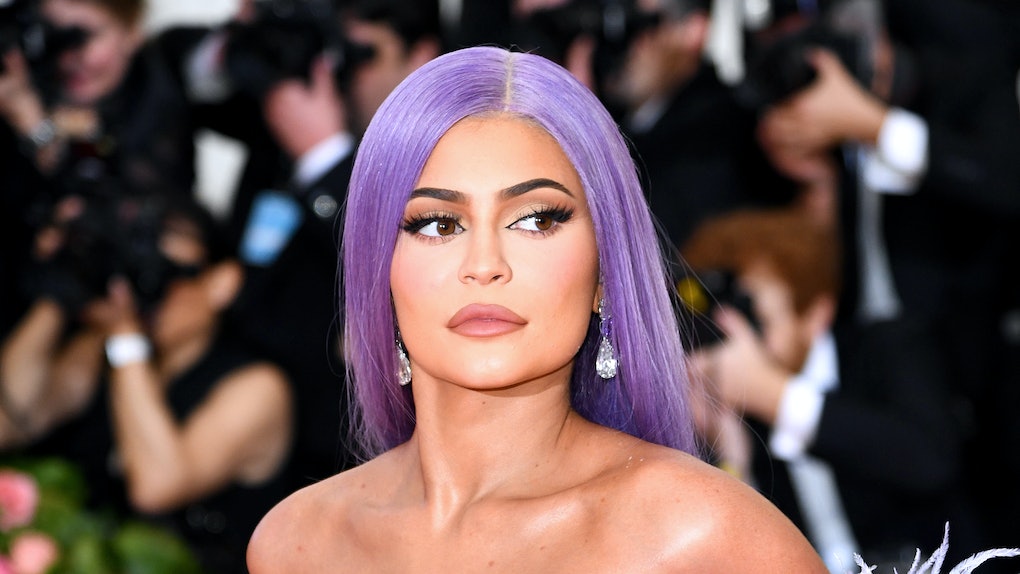 Is Kylie Jenner Launching Haircare? A Hair-Focused Line Might Be In The Works

It seems like a certain makeup mogul is out for world domination. She just launched a skincare line, recently filed for a trademark that would cover baby products, and now, it seems she has plans to tap into yet another aspect of the beauty sphere. Is Kylie Jenner launching haircare? It appears so, and I honestly can't keep up with everything the celebrity has got going on business-wise. At this point, it seems you'll soon be able to stock your entire closet and bathroom with products she had a hand in, which is flat out wild, seeing as she's 21. There's no stopping Jenner, and this is only the beginning of her reign.

According toTMZ , Jenner has applied for a trademark for "Kylie Hair," which would cover an array of products including shampoos, conditioners, oils, gels, mousse, and dye. Along with those items, the trademark would also cover styling tools including dryers, curling irons, and brushes. In other words, you'll likely be able to buy anything you take to your scalp or your strands with the Kylie branding on it sooner than later, and if the new products are even half as successful as Jenners' Kylie Lip Kits or Kylie Cosmetics line, they're sure to fly off the shelves.

Jenner is known for rocking vibrantly-hued wigs and her natural strands alike, so taking that into account it makes sense she'd be interested in permeating the haircare bubble.

The new trademark comes on the heels of two others Jenner recently filed, for "Stormi Webster" and "Kylie Baby." According to ELLE, "Stormi Webster" was filed under Kylie Jenner, Inc. and would include skincare products (shower gels, bubble baths, body oils), cosmetics, and fragrances. "Kylie Baby," on the other hand, would cover children's fashion items including bottoms, dresses, footwear, jumpers, sweaters, scarves and costumes, as well as beauty and lifestyle products with the likes of bath and shower products, diapers, baby food, nursing products, strollers, baby carriers, bath linens, crib sheets, and more.

Oh, but that's not all. As announced in an Instagram post in early May, Jenner will be launching Kylie Skin on May 22. "KYLIE F*CKING SKIN! wow. skincare and makeup go hand in hand and Kylie Skin was something i dreamt up soon after Kylie Cosmetics. I’ve been working on this for what feels like a lifetime so i can’t believe I’m finally announcing!" reads the caption. Jenner goes on to explain that the line of products will be cruelty-free, vegan, gluten-free, paraben and sulfate free, and suitable for all skin types, and that fans will be able to shop it on KylieSkin.com.

While I'm all about women kicking butt and building hugely successful businesses, I can't help but to feel that this is all a bit overboard. If celebrities — who are already rich, might I add — continue to launch brands that are going to dominate certain industries, how can we expect smaller labels and fledgling brands to ever have a shot at success? We'll have to see how Jenners' new endeavors pan out but even if they crash and burn, which is unlikely, she'll still be a billionaire.

See what I mean when I say Jenner is out for world domination?