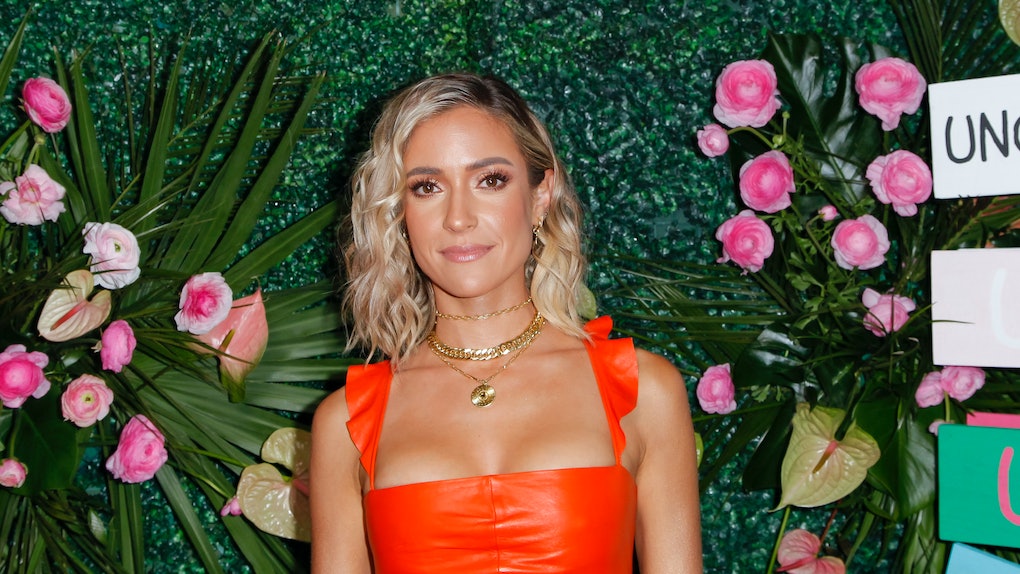 Is Kristin Cavallari Still Dating Jeff Dye Despite Breakup Reports? It Looks Like It

Only a few days after they appeared to part ways, it sure seems like Kristen Cavallari is still dating Jeff Dye despite breakup reports. On March 18, E! News reported that the couple had called it quits after about five months of dating, as an insider reportedly told the publication their maybe-romance was "never that serious to begin with." However, some brand-new photos seriously call that statement into question.

In pics obtained by The Daily Mail on March 20, the former Very Cavallari star and comedian were seen kissing on the beach and cozying up together in Cabo San Lucas, Mexico. The pair previously took a Mexican vacation with a group of pals in December 2020, and an E! News source claimed they engaged in some "dirty dancing."

But these new makeout photos are particularly surprising since fans learned of their supposed breakup earlier that very same week. It even seemed like Cavallari had subtly confirmed the split on Instagram when she captioned her March 17 Insta post, "Freedom. It feels really d*mn good."

That sure sounds like something a newly single gal would say. Whether the two never actually pulled the plug on their romance or are in some kind of on-again, off-again relationship is unclear, but they've certainly given fans plenty to speculate about in the meantime.

The pair were first linked in October 2020, about six months after Cavallari broke up with ex-husband Jay Cutler. On Oct. 11, TMZ released a video of them appearing to kiss at a Chicago bar. A day later, a source reportedly told E! News the stars were "casually dating," explaining, "He is dating other people, too. They started talking a few weeks ago and are having fun. She's newly single and wants to enjoy it."

Dating rumors were stronger than ever in Feb. 2020, when Cavallari filled in a Valentine's Day note template on her Instagram Story, writing, "Dear J, You can skip the chocolate this year. I want tequila, a beach, and [the] Secret Rose candle at Uncommon James." Dye then shared his own version of the template on his IG Story. "Dear K, You can skip the distance this year. I want drinks, dancing, and you from Uncommon James. XOXO, Jeffy."

While it's still unclear where Cavallari and Dye stand, maybe their beach getaway is a sign their romance is still going strong.