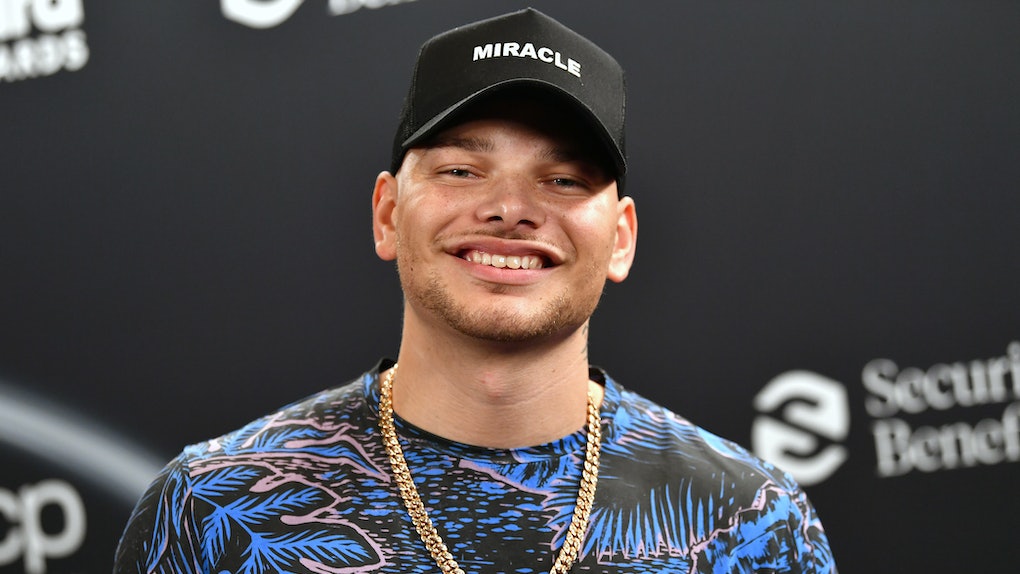 You don't have to be a fan of country music to be a fan of Kane Brown. The singer, who first rose to fame through social media, released his third EP in August 2020, and IMO, it slaps. (And he's def not hard on the eyes, either.) After seeing him co-host and perform "Worship You" at the 2020 CMT Awards on Oct. 21, you may be wondering whether Kane Brown is single, but I've got some bad news for you: The country cutie is taken. Brown has actually been boo'd up since 2015, though he kept his love on the down-low until January 2017.

Brown first met his wife, fellow singer Katelyn Jae, when she came to one of his shows. Though Jae lived in Orlando at the time and Brown was based in Miami, he was instantly smitten and determined to make things work. As Brown told Taste of Country during a September 2017 interview, "I messaged her on Instagram the next night and said, 'Hey, when are we going to hang out?' and flew her down, and she hasn't left since." They kept their relationship hush-hush for about a year before Brown opened up about the relationship in a Facebook post, telling fans he'd found his "other half."

In April 2017, Brown popped the question, though his timing wasn't exactly romantic. Apparently, the two were watching The Amityville Horror — which tells the story of newlyweds who move into a murder house — when Brown decided he couldn't wait another day. During a December 2017 interview with People, the country crooner admitted it was a "weird proposal," especially since he'd originally planned to propose the next day with "rose petals and everything like that," but he has no regrets. "I just couldn't wait," he added.

A year and a half later, the lovebirds tied the knot at Mint Springs Farm in Franklin, Tennessee, and just about a year after that, Brown and Jae welcomed their first child together, Kingsley Rose.

During a January 2017 interview with Entertainment Weekly, Brown explained what made his relationship with Jae so special. "It used to be [hard having a girlfriend], but now it feels better being loyal than you just going out and doing whatever you want to do," he said. "You could do the same thing every day with different people, but they're not gonna love you. You're not gonna find love, so you might as well keep the one that does love you." My heart!

I may never be Mrs. Kane Brown, but I'm (mostly) glad he found his other half.