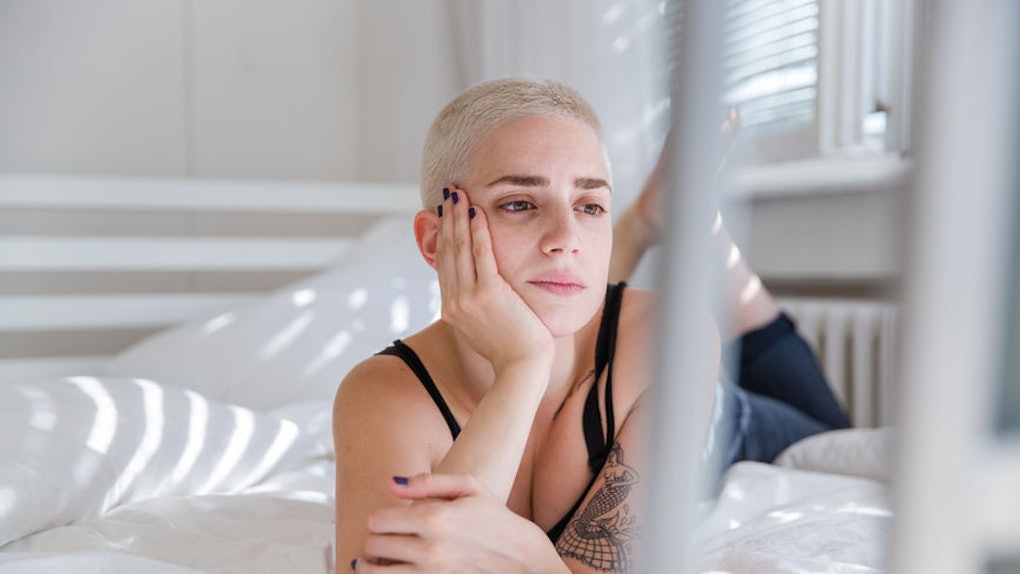 Is It Bad To Miss A Period On The Pill? Here's Why It's Always Best To Check With Your Gyno

One thing I miss about being on the pill is the comfort of having at least a general idea of when to expect Mother Nature’s grand entrance each month. My menstrual cycle’s been all over the place ever since I stopped taking the medication which, I guess, is because my anatomy’s still navigating its way back to business-as-usual. But even if you are on birth control, is it bad to miss a period on the pill, or is it just that, once in a while, nature simply misses its cue? Because even when I was on the pill, there were definitely times when my period was either late, or I just didn’t bleed at all. Granted, I know myself, and during these times, I’d either panic, remembering the girl I once knew who did get pregnant on the pill, or brace myself for the next cycle, assuming the worst. Still, according to experts, missing your period on the pill isn’t unheard of, so if your cycle skips a month, stay calm, friend.

I’m about to hit you with a major truth bomb that maybe you already know, or maybe you don’t, but if you’re currently taking or considering going on the pill, keep in mind that the “period” you experience every month isn’t actually a traditional period. Per cycle-tracking app Clue’s definition, a period occurs when a woman’s uterine lining thickens and sheds. When you’re on hormonal birth control, however, your uterine lining doesn't thicken or shed. Therefore, Alisa Vitti, founder of Flo Living, author of the book WomanCode, and creator of the period-tracking app MyFlo, tells Elite Daily, what you’re experiencing on the pill isn’t actually a period at all, but what is referred to as “breakthrough bleeding.”

“The synthetic hormones [in birth control pills] shut down ovulation and the cycle as a whole,” Vitti says, and because of this, depending on the type of pill you take and its dosage, you might even “stop having a breakthrough bleed” over time — which, especially for women taking a low-dosage hormonal birth control, isn’t out of the ordinary. See, when you’re on birth control, Dr. Gunvor Ekman Ordeberg, OBGYN and medical advisor to DeoDoc Intimate Skincare, adds, you're putting hormones into your body that can “inhibit the development of [mucus] in the uterus,” she explains, which causes your period to lighten up and, sometimes, stop altogether.

Basically, when you opt to go on birth control, you’re making it so that your body does not experience traditional periods — but it’s not exactly a clean swap of one type of bleeding for another. The last week of pills in a birth control pack are placebos, and if you were to, say, skip over these pills and immediately start a fresh pack of BC, you could suppress bleeding altogether. This, Vitti says, isn’t exactly recommended, but according to Ann Mullen, director of health education at Cycle Technologies, withdrawal week in and of itself isn’t actually necessary. “A number of the hormonal methods have a week of hormonal withdrawal after three weeks of being on the hormone(s),” she tells Elite Daily, adding that these pills, specifically, were originally developed for “psychological reasons” because doctors thought women would feel more “natural” if they bled in some capacity.

Plus, think about it this way: Some hormonal birth control options, like the shot or implant, don’t even have these withdrawal periods, and if you want to suppress bleeding entirely, it’s possible on the pill, too. To do this, Dr. Kristyn Brandi, an OBGYN in New Jersey and board member with Physicians for Reproductive Health, explains, you can simply choose not to take the placebo pills that will otherwise signal your body to bleed. “Some women find their period burdensome and want to avoid it," Brandi tells Elite Daily over email. "It is absolutely safe to not have a period — there is no increased risk to your health if you choose a birth control method that causes you to not have a period.”

But let’s backtrack for a second: Even though it might be OK to skip placebo pills and opt out of a withdrawal period, before you decide you’d definitely rather forgo bleeding altogether, it’s important that you make an appointment with your gynecologist and talk about whether or not doing so is actually safe for your individual body. And even then, if your doc says all is well and good, keep in mind that the pill is not 100 percent effective in preventing pregnancy. Therefore, if you’re making it so that you never have a period, you could have more difficulty knowing whether or not you’re pregnant. With that in mind, if you’re sexually active, you might want to keep bleeding every month to know what’s going on internally.

And, of course, never hesitate to consult your doctor about these things, especially if you haven't gotten your period recently but, you weren't intentionally trying to skip it. This can happen for a number of reasons, from stress, to medications, and other medical issues you might be struggling with, Brandi tells Elite Daily. It’s normal, but it’s in your best interest to talk to a professional in order to identify the issue and move forward.