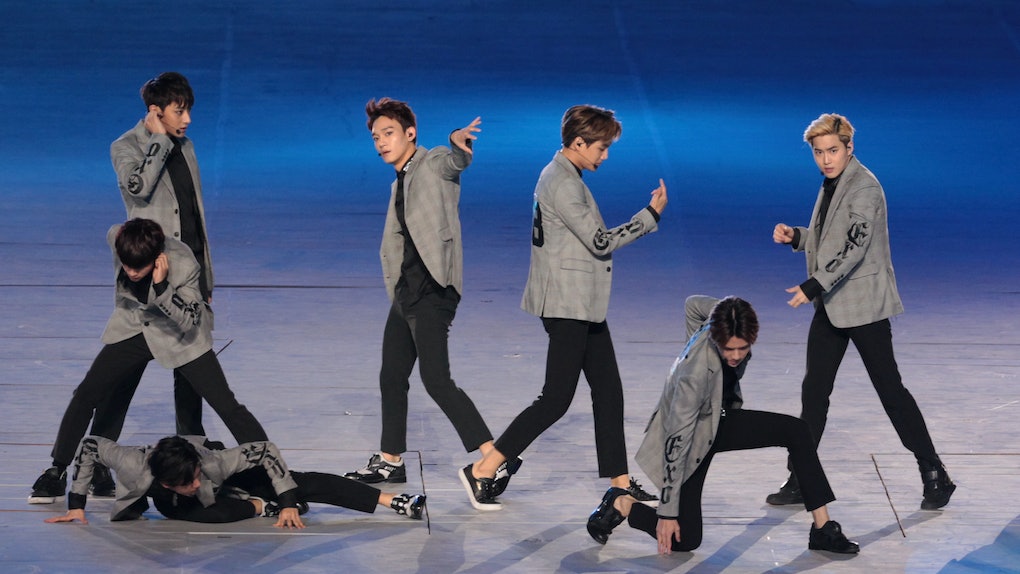 Is EXO At The 2019 BBMAs? Fans Are Super Excited About Their Top Social Artist Nomination

It's May 1, and musicians of all genres are currently gathered inside of the MGM Grand Garden Arena in Las Vegas, Nevada for the Billboard Music Awards. If you're watching the show live, you probably have your eyes open for your favorite artists. Those of you who listen to K-pop on the reg might even be asking yourselves, "Is EXO at the 2019 BBMAs?" It turns out that they sat this one out.

Even though EXO didn't win the award or show up to the event, their fans are still psyched about their nomination. For instance, tons of fans are using Twitter to congratulate the Korean pop group, regardless of the outcome. Not to mention, some members of the group are working on their own music, which could be another reason why the band wasn't at the Billboard Music Awards.

Another category that fans voted for was the Billboard Chart Achievement Award. However, EXO wasn't included as a nominee for the category.

So, who is EXO, anyway? If you haven't heard about 'em, I'll do my best to fill you in. The Korean pop group — which boasts nine mega-talented members — has already released five studio albums. (So, yeah, they've been around for a while.) If you're curious about how they sound, you can check out their music on YouTube. A few of their popular songs include "CALL ME BABY" and "Monster."

FYI, they're all super catchy and feature pop and electronic sounds.

If you're currently listening to the group and think they sound familiar, you're probably right. Those of you who watched the 2018 PyeongChang Olympics might've heard them perform live, because they're one of the bands that closed out the show. That's right: EXO was one of the groups that performed during the closing ceremony, and they helped end the event on an epic note.

More specifically, EXO performed their song "Power" during the closing ceremony at the 2018 Olympics. Not only is the song catchy AF, but it's also empowering. As translated by Genius, some of the lyrics say,

Don’t hesitate, move on/There’s no time/Your future depends on your imagination/Throw away your fear, we can do it, it’s okay/All the keys are in your possession

Check out "Power" below:

As you can see, EXO's popularity and success is growing. Plus, their Billboard nomination for Top Social Artists proves that their hard work is totally paying off. I don't know about you, but I'm excited to see the group at other award shows in the future.

It'd also be awesome to see them perform live like they did at the Olympics — so keep your fingers crossed.