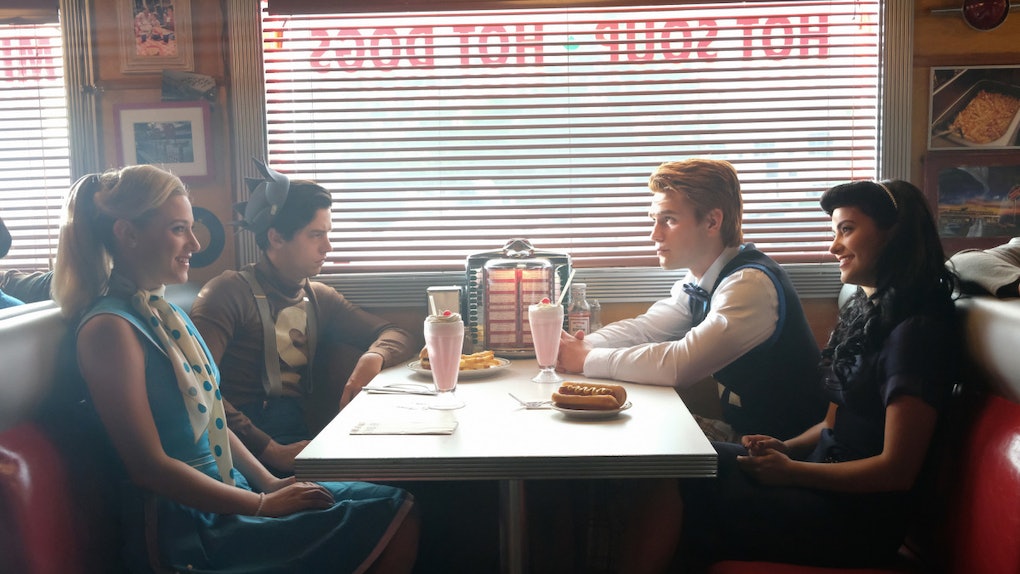 Is A 'Riverdale' Spin-Off Happening? The CW Boss Hinted At A New Show

This was not the most successful year for the CW regarding producing spinoffs for its hit shows. The network started off the year with talks of both a Riverdale spinoff series and a Supernatural one as well. The Supernatural spinoff, The Weird Sisters, was canceled before it ever came to air. But Riverdale's spinoff, based on Sabrina The Teenage Witch, was successfully created, produced, and then disappeared out from under them, heading to Netflix. Is a Riverdale spinoff happening on the CW? Or did the network lose out when Netflix magicked Sabrina away?

To be fair, the Netflix deal was far better than anything the CW could have offered. The broadcast network would have only been able to guarantee the first season and to go from there if the ratings held up. But Netflix's single drop of all episodes schedule and massive budget meant they could offer the producers, Greg Berlanti, showrunner Roberto Aguirre-Sacasa and Warner Brothers TV something far more substantial. Sabrina The Teenage Witch, now rebranded Chilling Adventures of Sabrina, wound up with two guaranteed seasons no matter what, giving Aguirre-Sacasa the freedom to get as weird as he wanted and not worry about what mainstream audiences might think.

According to the CW president Mark Pedowitz, Sabrina may have disappeared into the streaming ether, but Riverdale has other options for them. Speaking this week at the CW's executive session at the Television Critics Association summer press tour, Pedowitz hinted Sabrina was only the tip of the Riverdale iceberg.

In terms of (new) spinoffs out of Riverdale, I’m waiting to hear what Roberto has in mind. He has something in mind.

As to what that something could be the possibilities are vast. The Archie comics universe has been going since World War II. The initial trio, Archie Andrews, Betty Cooper, and Jughead Jones were created in 1941. In the intervening 77 year run, there have been literally hundreds of characters who have passed through the world of Riverdale. Roberto Aguirre-Sacasa is already mining some of them to add to the upcoming third season, including Evelyn Evernever, who is possibly being resurrected as a new friend for Betty this coming season.

But Evernever is at least someone who is in actual Archie Comic storylines, even if it's from the Lil' Archie spinoff. There are also characters who live in the Archie-verse but don't really interact with the main roster. The most mainstream is a character like Sabrina The Teenage Witch whose 1990s TV show made her a star in her own right separate from Archie and his friends. But there are others, some of whom are completely obscure, like Marvelous Maureen, a spinoff comic lasting only a couple of years in the early 1980s.

Aguirre-Sacasa, in other words, has options. Fans will have to wait and see what he's cooking up. Until then, Riverdale Season 3 returns to the CW on Wednesday, Oct. 10, 2018, at 8 p.m. ET. Chilling Adventures of Sabrina arrives on Netflix on Friday, Oct. 26, 2018.

More like this
'Grey's Anatomy' Quotes That Will Heal Your Broken Heart
By Alexis DeCarvalho and Lexi Williams
These Tweets Of 'Girl Meets World' Videos Show Why The Series Is Still Controversial
By Cianna Garrison
Who Will Star In Disney+'s 'Percy Jackson' Series? Casting Is Happening Now
By Dylan Kickham
Stay up to date