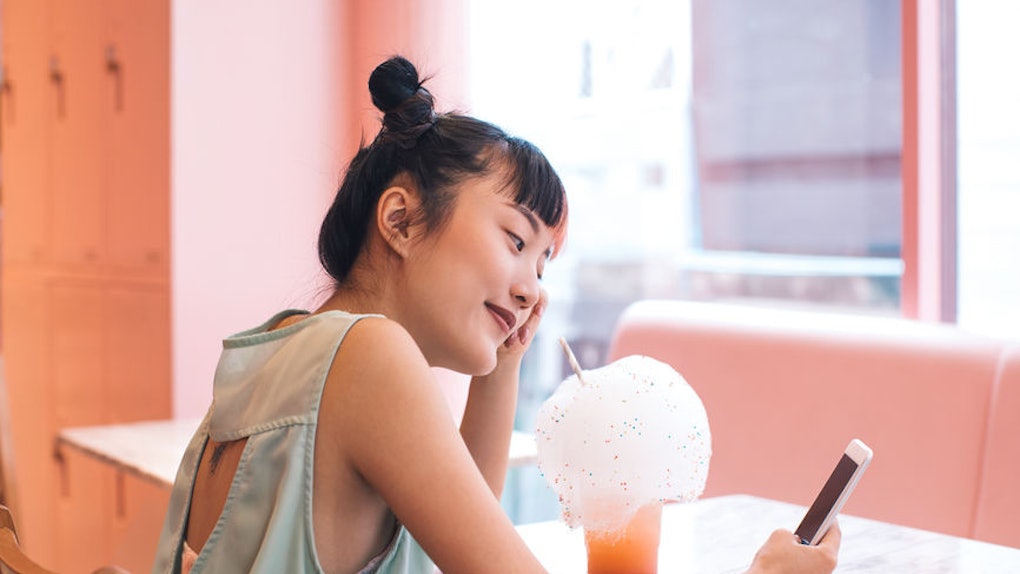 If You’re On Dating Apps But Not Into Casual Hookups, Here’s What To Write On Your Profile

Fortunately, dating apps have made connecting with like-minded singles easier than ever before. However, if you're not looking for a casual encounter, making your intentions known might seem like the best way to get the most out of your matches. That's why anyone who's on dating apps but not into casual hookups has probably considered how to communicate this without it coming off as too "intense."

Although it's definitely a good idea to be honest, online dating coach and dating profile writer Eric Resnick recommends avoiding the use of language that could dissuade people from contacting you. "Writing that you aren't looking for a hookup is defensive language," Resnick tells Elite Daily. "It makes you sound like you aren't going to trust the intentions of anyone who contacts you, regardless of what they may actually be."

Finding matches who are on the same page isn't always easy, and ultimately, it's up to you to decide which approach you're most comfortable with. "Being honest may scare away a potential match and you have to decide if that is a risk you are willing to take," prominent couples' therapist Dr. Gary Brown tells Elite Daily. Thankfully, both Dr. Brown and Resnick agree that keeping your profile focused on what you are looking for instead of what you aren't is a good place to start.

"If you aren't looking for a hookup, don't talk about hookups," says Resnick. "Talk about the type of person you want to meet and the type of relationship you want to find. Don't say you are looking for someone to rush you down the aisle or to have a baby with, but be honest about the type of relationship you're looking for." Even though it may seem like adding a disclaimer against casual encounters will help sort through incompatible candidates, according to Resnick, casual sex seekers will probably still reach out. There's not much you can do to avoid that. "The people who just want a hookup are going to message you anyways," explains Resnick. "For them, it's a numbers game."

To anyone looking for something more meaningful than a fling, Dr. Brown recommends casting a wide net and not limiting yourself to dating apps that have an overtly casual implication. If it still seems like you've been getting attention from people who are almost always looking for casual sex, Resnick says it's also important to consider your profile photos.

Resnick suggests avoiding photos that are overtly sexual in nature. "On dating apps, people are going to look at your pics more than anything and those pics tell a story," he says. "Make sure they're telling the story you want to tell."

Figuring out the most effective way to present yourself on dating apps can be tricky. That said, the results you get are oftentimes dependent on crafting an image of yourself that's in line with the type of relationship you're looking for. That's why staying true to yourself while also focusing on the kind of relationship you're hoping to find is key.