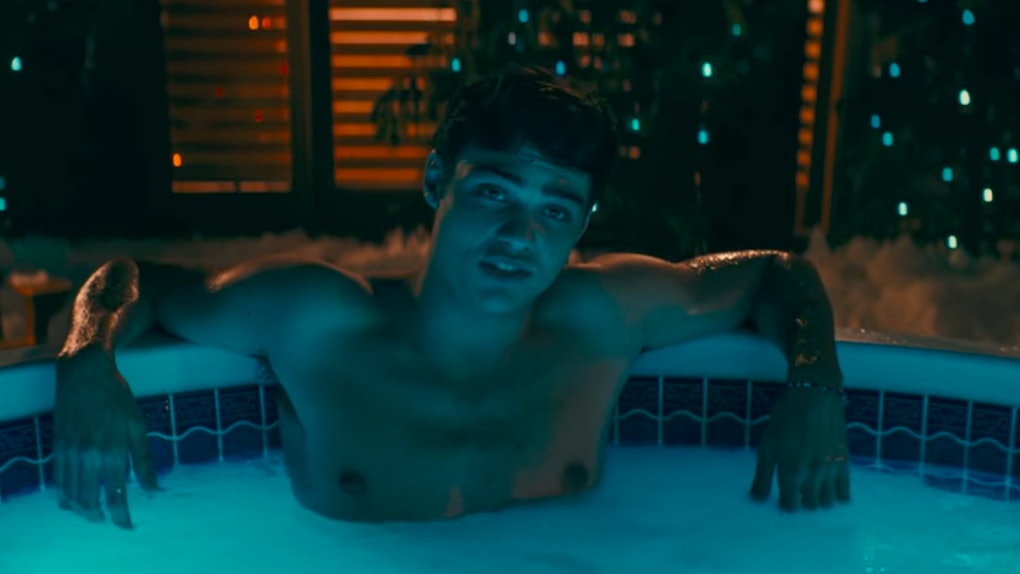 If You're In Love With Peter Kavinsky, These 8 Things Are So Relatable

Well, it's official: If you've watched Netflix's To All The Boy I've Loved Before, you're probably crushing hard on Peter Kavinsky right about now. If I was a teen back in high school, I know there would be a doodle (or two) of "I heart Peter K" in my notebook. From seeing everyone post on social media, I'm not alone. If you're in love with Peter Kavinsky too, I'm sure you've watched the movie at least a dozen times. With each viewing, you keep wishing you could be Lara Jean in a fake (and real) relationship with him.

There's just something so charming about Peter K, and of course a lot of it has to do with the talented actor who plays him, Noah Centineo. He's likely your real-life celeb crush now as well. His smirk just melts your heart, and you've probably been keeping up with his Instagram stories on the reg. (But I digress.)

Real talk: You are a proud member of the "I love Peter Kavinsky" fan club. Every member can relate to these eight things that just make Peter K the perfect dude to be crushing on hardcore. I would totally write a love letter to him, but unlike LJ, I would send it right away. Until then, I guess I'll just be watching the movie again and again, because you know, the heart wants what the heart wants.

1. You Swooned So Hard When He Saved The Popcorn

First of all, you adore the way Peter got along so well with Kitty, Lara Jean's little sis, in the movie. It showed that he cared to make a good impression with her family. Not only did he care about that, but it's also crucial to note that he cared about the popcorn in this scene. That's right, I'm talking about how Peter so thoughtfully remembered to move the popcorn off the couch before joking with Kitty. This made you love him even more.

If you don't know the story behind that too-adorable-for-words lock screen photo of Peter and Lara Jean napping on a couch, well, just prepare yourself. Apparently, it's a real-life photo snapped by one of the crew members of the two actors taking a nap between takes. If only you could take such a cute candid photo with Peter K.

3. You Wish Peter K Would Write You A Sweet Note Every Single Day

One of the rules of the contract between Lara Jean and Peter was that he had to write her little notes every day. You're honestly so happy that Kitty kept every single one of them, even though Lara Jean tried to throw them away. How could she? When she ended up reading them all back, it made you smile from ear to ear. You would keep those Peter K notes locked away safe in a box to read all the time.

4. You'd Drive A Million Miles To Get Korean Yogurt For Bae

When Peter confessed to Lara Jean that he drove to the other side of town to get Korean yogurt snacks for them to have on the bus, you were screaming, "Lara Jean, why the heck didn't you sit next to him?!" The sweet gestures this boy does for the girl he likes it too cute to even handle.

5. You Just Want To Drink Milkshakes With Him Every Day After School

Watching Peter K drink a milkshake when he goes to confront Lara Jean about the letter had you swooning for actual days. You wish you could meet up with him for an after-school milkshake date. How sweet would that be? Alas, one can dream.

6. This Hot Tub Scene Seriously Ruined You For Life

Hot tubs used to be a great place to kick back and relax, but now every single one you see is ruined for life. You have to come to terms with the fact that from now on, you'll be disappointed that Peter K is not waiting for you in it. *breaks out in uncontrollable sobs.*

7. You'd Let Him Put His Hand In Your Back Pocket Any Day Of The Week

If you had a contract with Peter K, you would also write down that he could put his hand in your back pocket. Sure, Sixteen Candles may be an old reference, but now you totally get why Lara Jean put it in there. (It's romantic AF.) And once you saw that little twirl Peter did, you low-key fainted.

You get why Lara Jean wouldn't post pictures of the two of them to the 'Gram. She was afraid her sister, Margot, would find out. Though, if it were you, you wouldn't be able to stop yourself from posting cute couple pics all the time.