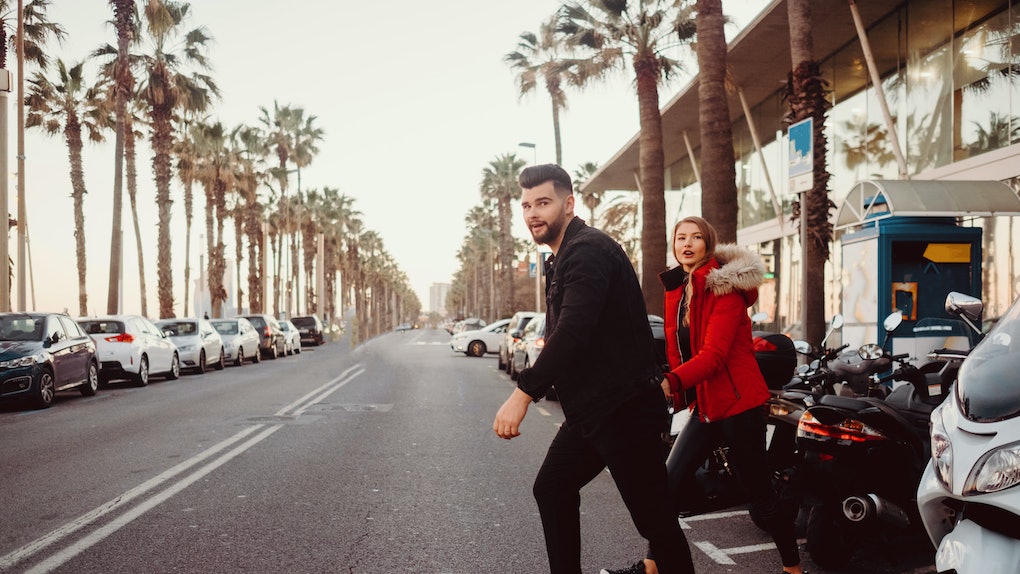 If You're Down For A Public Quickie, You May Be One Of These 4 Zodiac Signs

Are you a fan of public quickies? Hooking up in a stairwell or a bar bathroom? It's not everyone's idea of romantic, but you can't fault the convenience (and Ubers are expensive). Depending on my mood, I'm sometimes down for a public quickie. I just love the thrill of potentially being interrupted — it speeds everything up (and I mean everything). Besides, there are people who really don't fit into the decor of my apartment, and that doesn't mean I don't still want to sleep with them. Throw pillows just aren't for everyone.

The zodiac might have something to tell you about whether or not you like public quickies. Depending on your sign, you might find them odd or super fun (or, if you're like me, you might find them odd and fun at the same time, which is also how I feel about Coney Island — coincidence?). Could the answer to your public-quickie-questions be in the stars? Astrology can't predict the future, so you might be one of these signs and still not like having sex in public places, and that's totally fine.

Read on to find out if you're one of the four zodiac signs that like public quickies.

Aries makes decisions fast when they are interested, so they might be down for a public quickie. "While Aries isn’t necessarily exhibitionistic, it is passionate and impulsive," host and producer of the OrBits podcast Julia Schachter tells Elite Daily. "This dynamic fire sign does what it wants to do when it wants to do it, so in the heat of the moment, Aries isn’t going to care about frills — its focus will be almost entirely about getting off." If you're an Aries, you might find a bed or door unnecessary — you're interested in the current moment.

Sagittarius doesn't care what other people think, and that can include the owner of the restaurant they're currently having sex in. "Many Sagittarians are quite comfortable and free with their bodies," Schacter says. "That freedom, coupled with Sagittarius’ penchant for adventure, makes public quickies very appealing for this sign". Sagittarius runs free, and if you're looking for a public quickie, a Sagittarius might be the right partner.

Gemini is sexually experimental, and that can make them more likely down for a public quickie. "Gemini loves variety, loves to learn and experience, and wants to try as much of everything as it can," Schacter says. "Fluid, flirtatious, and curious, Gemini is the perfect partner if you’re looking to take stock of your sexual likes and dislikes without high emotional stakes." So if you like to experiment, you might be a Gemini. And if you want to know what a public quickie is like, then it could be worth trying (as long as the other person also wants to experiment)!

Scorpio also likes to experiment, and that desire could lead them to a public quickie. "Scorpio uses sexuality as a means for transformation and rebirth, and experimentation is a vital part of that," Schacter says. "A lot of the time, discovering its limits means going down a sexual rabbit hole of sorts, and Scorpio needs to discover its limits in order to push past them." So, Scorpio might not ultimately settle on public-quickie-hood as a way of life, but it's likely to be willing to try it at least once. If you're a Scorpio, you want an adventure, and no one has ever said having sex in a museum isn't adventurous.

Want to try a public quickie? Or want to have them all the time? You might be one of these four zodiac signs. And if you're not one of the four signs, but you're looking to get freaky in a bus bathroom (I don't know your life), give it a try, as long as you're both interested. Don't worry — you won't get stuck in quickie-sand.