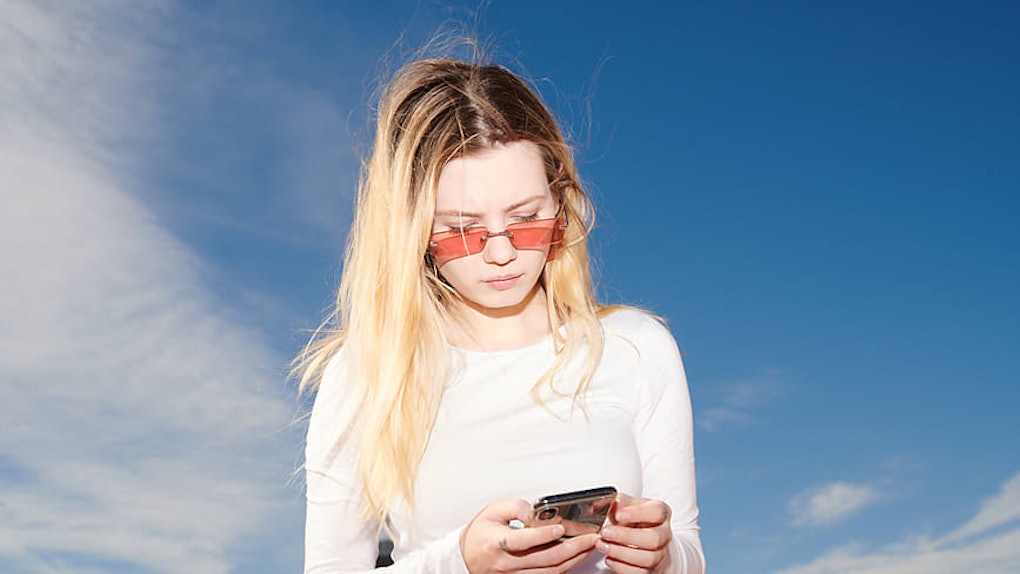 If Your Partner Never Answers Your Calls, Here’s What That Probably Means, Experts Say

If you want to reach me, don't call. Instead, shoot me a text. I really don't like talking on the phone and I will do just about anything to avoid it. That's not to say that phone calls are obsolete — they're definitely not. For some folks, phone calls are still really important, and if that's you, it probably makes sense that if your partner never answers your calls, it's likely pretty hurtful and maybe even a bit worrying. But here's the thing: There are plenty of reasons why someone wouldn't pick up the phone, so you don’t have to automatically panic.

For instance, if they, like me, have a weird social phobia about being on the phone, it's likely that you're going to get routed to voicemail most of the time. However, if it's a case where their behavior suddenly changes, and a partner that once was phone-call-friendly goes MIA when you call, then you may want to consider taking a closer look at what might be causing their new behavior.

To help sort through the reasons why a partner wouldn't answer calls, I reached out to Maria Sullivan, relationship expert and vice president of Dating.com, who assures Elite Daily it's totally OK to have certain expectations around how much communication you have with your partner. However, she adds that it's essential that you let them know what your needs are early on in the relationship so you're both on the same page. "It’s important to remember that everyone has different wants and needs when they are dating someone," Sullivan tells Elite Daily. "You should always establish with your partner what those wants and needs are." After all, it's one thing if they aren't meeting needs they don't know you have, and another to just ignore them by not answering your calls. If you've set (and communicated) your expectations and they still aren't picking them up, here is what Sullivan says that could mean.

1. They're just stressed or busy.

If your partner isn’t available when you call them, the first thing Sullivan says to consider is what is happening in their life. “If your partner is stressed or busy, it’s likely that there will be a dip in responsiveness or overall lack of communication,” she explains. In other words, if they have something new or emotionally draining in their life, their lack of communication may just come down to not having the energy to talk on the phone at the moment. Sullivan says if you suspect this is the cause, you should have a face-to-face conversation with them about it, just to check in and see how they are doing. “Simply ask them how they are feeling," she says. "If they mention they are stressed, you can usually attribute this to why they are not answering your calls. If so, give them space. They will come back after the rough patch."

2. They’re losing interest in the relationship.

If the issue isn’t that they are just preoccupied or stressed, Sullivan says there could be another explanation for why they aren't taking your calls. It may be a sign that they are losing interest in the relationship are pulling back. “If you can’t seem to get ahold of your partner and they are quiet when you attempt to meet up or make plans, odds are they aren’t that into you anymore,” she explains. Cold, but a possibility when part of a larger scale relationship deterioration.

Avoiding your phone calls, Sullivan says, can also be a sign that your partner is trying to hide certain behaviors from you. To get to the bottom of this, she recommends that you pay attention to when they avoid your calls. “Is it late at night? Only on weekends? Early in the morning? If you can tick off yes to these questions, it’s possible that something fishy is going on,” she warns. “This is a telltale sign that they weren’t answering for a reason that they don’t want you to know about.”

What to do if your partner isn’t picking up your calls.

If this all sounds a bit grim and worrying, Sullivan says it doesn’t automatically mean any of the above reasons have to be true for you. Her advice is to first take a step back and consider how your partner prefers to communicate, and then base your concerns off of that information. “Once you take that into account, you should be able to gauge if the fact that they are not answering means they are disinterested. Were they more responsive when you first started dating and now are nowhere to be found? If so, you should be concerned that they are losing interest. If they never answered your calls in the first place, but are affectionate in person, it’s possible they are just poor communicators. Ultimately, you need to work with your partner to establish communication patterns that work for both of your styles,” Sullivan says.

If your partner just isn’t a phone person, that’s OK, so long as your needs for communication are being respected and met in other ways — and their lack of phone calls isn’t a sign of a larger problem in the relationship. What it ultimately comes down to is whether or not you feel like you and your needs are being respected. After all, you deserve nothing less.

More like this
Each Zodiac Sign Gets Bored In Relationships For A Different Reason, Here's Yours
By Rachel Shatto
21 Lines To Use On Bumble To Revive A Dead Conversation
By Caroline Colvin
25 Instagram Captions For Your First Post-Vaccine Date
By Corinne Sullivan
Stay up to date