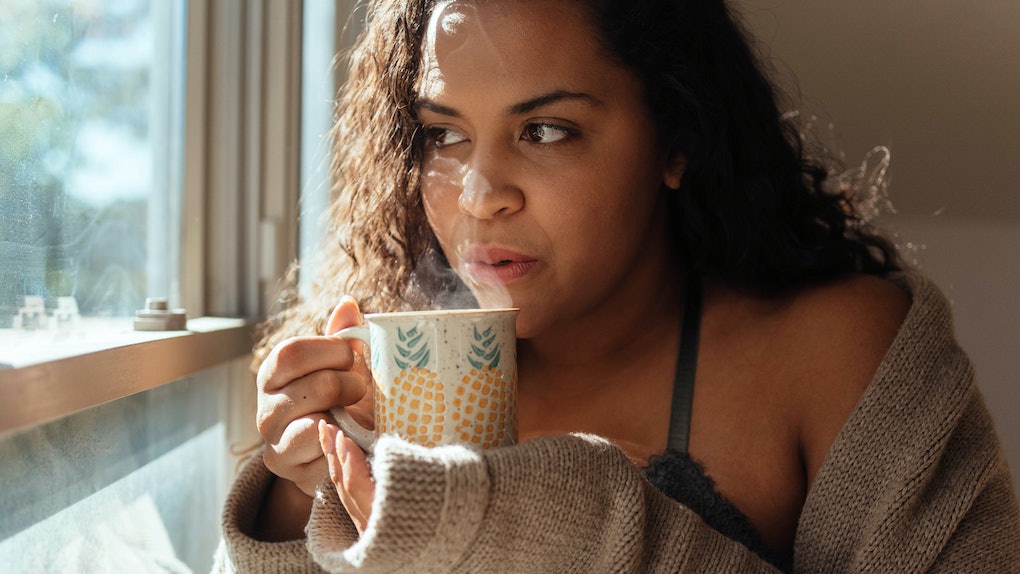 If Fighting Always Leads To Breaking Up, You're Probably One Of These 3 Zodiac Signs

All relationships have their ups and downs. The occasional argument, tense moment, or even, yes, a full-fledged fight, can be a totally natural and healthy occurrence in every relationship. But if you've noticed that in your past relationships, fighting always leads to breaking up — your zodiac sign may have something to do with it. When it comes to unpacking love, studying your zodiac sign can be super insightful. From knowing how you best communicate to understanding the ways you express and receive love — astrology can factor into all aspects of a relationship, especially when it comes to disagreements.

According to astrologer Cindy Mckean, the ram, bull, and goat, (also known as Aries, Taurus, and Capricorn) are likely the signs to take relationship fights super seriously. Like, consider ending things seriously. "The horned animals zodiac signs win this round!" Mckean tells Elite Daily. Of course, every relationship and relationship fight is different, and no matter your sign, you know what's right for you and your boo — every step of the way.

Still, if you have noticed that in your past relationships fights always tend to lead to breakups, it's likely that you may be an Aries, Taurus, or Capricorn.

Fiery Aries is symbolized by the rambunctious ram. Though these signs often make great leaders, when it comes to relationship fights, they tend to be completely dedicated to getting what they want.

"Ruled by Mars, Aries sometimes looks for a war just to fight," Mckean says. "Passionate, fiery, and impatient, an Aries is undeniably emotional. As a cardinal energy, Aries likes to have its way. If Aries doesn't get what they want, the relationship may be toast."

Of course, no matter how passionate they may get in the heat of the moment, Aries can totally see a relationship through. Taking time to talk about their feelings, and figure out the best ways to feel supported by their boos — fiery Aries is all about love.

Symbolized by the bull, steadfast Taurus isn't likely to change their minds. Although their fine taste makes for a lavish lover, when it comes to fighting with a partner, deliberate Taurus doesn't always go with the flow.

"Ruled by Venus, Taureans prefer peace. As a fixed sign though, they are by far the most stubborn sign in the zodiac wheel," Mckean says. "They won't look for a fight to break up with you, but if they have their heels dug in about an ideal, opinion, or state, they'd rather lose their right eye than compromise. After you leave they still won't budge an inch."

Staying true to their thoughts and ideas, it may be tricky for Taurus to widen their perspective. Of course, with enough open communication and support, it's possible for even the most stubborn bull to make their love work.

Half-goat, half-fish, dedicated Capricorn is like a rustic version of a mermaid that won't stop until they reach their goals. Their expectation for excellence means they pour their heart into everything, but it sometimes means they don't have time for everyone's emotions to fully unfold.

"Capricorns don't get to the top because they're slackers — they take every challenge step by methodical step," Mckean says. "They don't have time for pettiness, thus a fight in a relationship is risky if you want to stick around because a Capricorn won't stick around for any sort of potential set back to their goals, especially not a fight."

Although keeping their eyes on the prize may hinder them from living in the moment, with enough patience and care, hardworking Cappys can make their relationships work after a fight — no matter how petty they think it is.

Of course, no matter your sign, if you like to make up after your spats or you don't seem to hold grudges — it's natural to fight with your partner sometimes. Still, if fighting rubs you the wrong way, it's always OK to take a second to evaluate where your relationship is headed and what you need to feel supported. At the end of the day, you get to decide how to proceed in your relationships, and that is nothing to argue about.