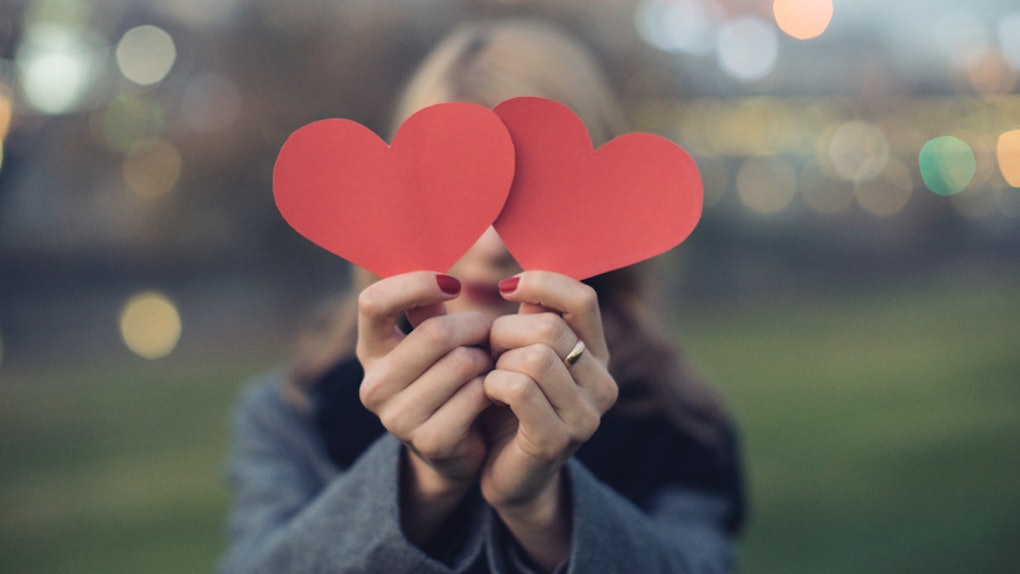 If your Valentine’s Day plans aren’t set in stone just yet, I’m about to give you some celebratory inspiration that’ll make you rethink drugstore chocolate boxes and days-old flowers from ShopRite. Don’t misunderstand me, peeps, I’m a firm believer in the fact that it really is the thought that counts. I’d be happy splitting a Snickers bar with my husband in front of the TV, if you want to know the truth. But if you look into how Valentine’s Day is celebrated around the world, you’ll come to realize that there’s more to Feb. 14 than material things and an expensive meal. It’s about sentimental gestures and raw romance.

We live in such a showy time now, and too often, sweet, simple gestures aren’t always enough, unless they come from Pinterest and can be captured in a crowd-pleasing Instagram photo. Blame it on Laguna Beach’s promposals, Nicholas Sparks novels, or — surprise — social media, but I think, somewhere along the way, our idea of how to show love has become too complex, and sort of superficial, TBH.

Let’s rewind to 2001, shall we? You know, when queen J.Lo preached “love don’t cost a thing.” Valentine’s Day festivities don’t have to be blown out of proportion to show your SO you love them more than anything in the world. Sure, diamonds are nice and sparkly, and who doesn’t appreciate a delicious meal? But seriously, these are all tangible things you can splurge on any day of the year. Holidays are special because they aren’t supposed to feel like any other day of the year. And, no offense guys, but other countries are schooling us in this. Here are a few examples of how other countries celebrate Valentine's Day to inspire your own date night this year.

Unlike the U.S., the Czech Republic celebrates love on May 1 which, in my opinion, sounds ideal, considering it's not all that glamorous dressing up in a skirt and heels when you're trekking through below-freezing temperatures and snow on the ground in the middle of February.

Their tradition isn't rooted in candy hearts and candlelit dinners, either. According to Prague Morning, on this day, Czech lovers and singletons pay homage to the romantic poet Karel Hyneck Mácha by decorating his sculpture with flowers in Petrin Park.

It's also a custom that every girl be kissed under a cherry blossom tree to ensure she stays "beautiful all year round." A little shallow, maybe, but the idea of making out under a tree sounds pretty romantic to me.

2. Filipinos Tie The Knot In Groups

In the U.S., weddings are a huge deal. Brides purposely flip through family calendars to mark a date that is entirely theirs, buy the fancy dress, and throw a huge reception. Personally, I'm all for these traditions; my wedding was perfection if I do say so myself. However, I'm also in favor of spur-of-the-moment marriages if the two people really are madly in love and simply cannot wait. That, to me, is super romantic, and apparently, it happens every year in the Philippines.

Valentine's Day is the day of mass nuptials in this country, and on Feb. 14, hundreds, sometimes thousands of couples say "I do" in unison. I realize this sounds very Vegas-like, but I guarantee it's legit. You won't find Elvis marrying off the best of 'em, either. The ceremony is sponsored by the government as a sort of "public service," which is pretty freaking cool if you ask me.

3. Japanese Men Are Celebrated On Feb. 14

When I first came across Japan's Valentine's Day traditions, I was a little confused and offended, but then I realized both men and women each have their own day to be spoiled with love; Feb. 14 just happens to be for dudes, apparently.

Women give chocolates to the men in their lives on Valentine's Day, and they choose from two varieties: giri choko, which translates to "obligation chocolate," which you'd leave out in the kitchen for co-workers or pass out in class, and honmei choko, aka "true feeling chocolate" gifted to loved ones. It's not until March 14, or "White Day," that the men reciprocate à la white chocolates and other trinkets.

In Colombia, Valentine's Day is less about romancing your partner by "accidentally" dipping both your hands in the popcorn bowl to lead into a hot and heavy makeout sesh, and more about the bonds of friendship.

According to Fortune, "Love and Friendship Day" is celebrated on Sept. 20, and even though it's apparently the equivalent to our Valentine's Day, it sounds more like our own Galentine's Day celebrations here in the states on Feb. 13. Colombian BFFs make it a day to catch up, drink a little, eat a little, and swap gifts.

5. Barcelona Shares The Love With Roses And Literature

I need to book a ticket to Barcelona ASAP, because the way they celebrate Valentine's Day is everything. Not only do their festivities include the exchanging of roses and books, they celebrate V-Day on World Book Day. I cannot control my literature-major heart.

Saint Jordi's Day takes place in Barcelona on April 23, and is recognized as the most romantic day of the year. The festival of romance was inspired by the legend of Saint George who, according to Barcelona Yellow, mustered the courage to slay a dragon to save his princess, and plucked a rose for his beloved from a rose bush. I'm not crying, you're crying.

As the dating app generation, millennials can vouch for the fact that it's not always easy to find a match on your own. In Ireland, you don't have to (book your flight now for boy-toys with an accent).

In September, the town of Lisdoonvarna hosts a weeks-long festival where Willie Daly, the only true matchmaker left in the area, browses through his big book of profiles to help singletons find their ideal match. It sounds like a bunch of BS, I know, but locals have stood by this tradition since the 1800s, when townspeople and travelers would visit the mineral spas in hopes of bumping into their true love.

Sure, Denmark sticks to the standard tradition of giving out flowers on Valentine's Day (it's become customary to offer little white numbers called "snowdrops" to loved ones), but these Scandinavians take the tradition a step further with a comical twist.

Danish people send buddies or loved ones what's called a "gaekkebrev," aka a funny poem or love letter that's sent without signature. Instead, senders dot the bottom of the letter with one dot for each letter in their name. If the recipient can guess who the note came from, the sender owes the recipient an Easter egg. Interesting gamble, right? The recipient gets three guesses, and if they can't figure it out, they owe the sender an Easter egg. Talk about killing two birds with one stone.