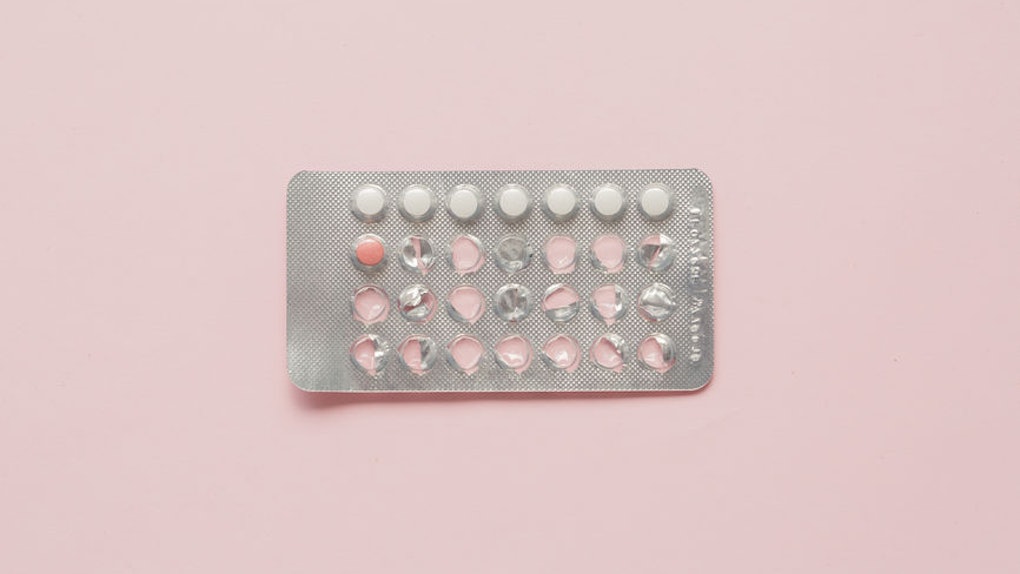 How To Tell If Your Birth Control Has Been Recalled, Because Taytulla Users May Be In Trouble

OK, don't freak out, but there's apparently been a recall on a particular brand of birth control as of this Tuesday, May 29. As CNN reports, the company Allergan recalled 170,000 packs of Taytulla birth control. In an unfortunate mishap, the packaging department for the pharmaceutical company placed the placebo pills (aka the ones that have no hormones in them) in the top row of the packaging, instead of in the last row where they belong. Elite Daily reached out to Allergan for comment, but did not hear back before time of publication. If you're not quite sure whether you've been taking Taytulla for your contraception, then you might want to know how to check if your birth control has been recalled — you know, just to be safe.

First of all, since this is kind of a lot to take in, here's some good news to help you calm down a little: The nationwide recall isn't for all packages of Taytulla; it's only for sample packs of the birth control brand, as CBS News reports. So, if you haven't recently received a sample pack of Taytulla from your doctor, then you're most likely not affected by any of this. Of course, though, if you're anything like me, then you certainly want to get all the facts straight just to be totally sure, because babies ain't nothin' to joke about, amirite?

As Allergan initially explained on its website, here's what really went down with the recall:

Allergan recently identified, through a physician report, that four placebo capsules were placed out of order in a sample pack of TAYTULLA. Specifically, the first four days of therapy had four non-hormonal placebo capsules instead of active capsules.

OK, so how exactly can you tell if your birth control pack is included in this recall? Girl, take a deep breath, because it's not a hard process at all, I promise.

First of all, again, this only applies to anyone taking Taytulla birth control. If that's you, then here's what you have to do: Basically, you just have to look at the color-coded order of the pills in the 28-day cycle sample. If the first four pills in your package are maroon, then that means you are affected by this recall. The maroon pills are the placebo capsules, Allergan explained in its statement, and they're intended to be taken at the end of the cycle, as they do not — I repeat, do not — have any contraceptive hormones in them. In other words, those maroon pills do not offer any protection against pregnancy.

And while the other 24 pills in the package (which are pink), do, indeed, contain the hormones that prevent pregnancy, the issue is that, in some sample packs of Taytulla, the pills are all placed out of order, meaning a consumer could take the pills in the wrong order, too, thus messing with an overall contraception strategy.

Even though all the correct pills are there, taking them at the wrong time could cause people major problems if they are indeed using these pills to prevent pregnancy.

If you're confused about any of those details, this tweet is super helpful — the recalled birth control is on the left, and the regular, safe-to-use pack is on the right.

Allergan elaborated on the risks of taking these birth control pills out of order in its statement about the recall:

As a result of this packaging error, oral contraceptive capsules, that are taken out of sequence, may place the user at risk for contraceptive failure and unintended pregnancy. The reversing of the order may not be apparent to either new users or previous users of the product, increasing the likelihood of taking the capsules out of order. If patients have concerns regarding the possibility of an unintended pregnancy they should consult their physician.

If you do happen to have a sample pack of Taytulla, and you're using it for the purposes of birth control, be sure to check in with your health care provider ASAP if you're at all worried that this might have put you at risk of an unintended pregnancy. Seriously, it's better than tossing and turning all night playing the "what if" game.