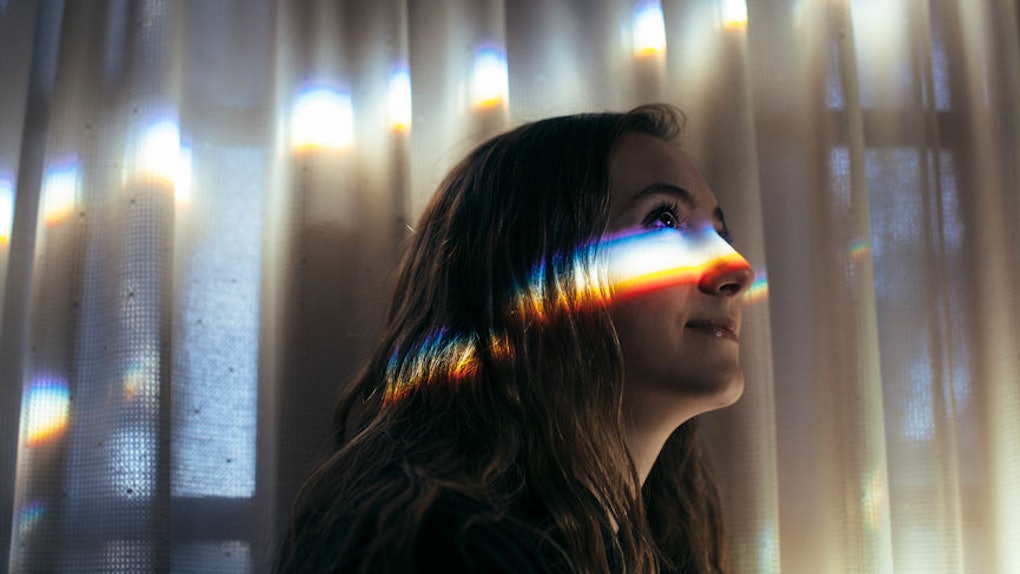 How To Spend The Partial Solar Eclipse If You Can't See It, Because The Magic Is Still There

How magical would it be if the entire world could witness an eclipse at the same time? The unanimous attention to something so celestial would probably bring on world peace or something. However, while this would be a killer motif in a sci-fi novel, it remains fictional idea, and the upcoming partial solar eclipse on August 11, 2018 will reveal itself to only a few parts of the world — the United States not included. If you're feeling enchanted by the idea of an eclipse witnessed all across Earth, then you should definitely be thinking about how to spend the partial solar eclipse if you can't see it, because no one can escape its spiritual power. Luckily, there are several ways you can absorb as much of its enlivening energy as you can.

Since the partial solar eclipse will be observed from locations in northern Europe, northwestern Asia, Greenland, and the most northeastern sections of Canada, according to TimeAndDate.com, most of us will have to let our dreams of seeing it in person go. However, since solar eclipses are said to evoke harsh endings and rapid new beginnings in life, the real beauty of it all lies in your heart.

Once the partial solar eclipse starts at 4:02 a.m. EDT, it will reach maximum eclipse at 5:46 a.m. EDT, according to Space.com. If you're even awake, here are a few meaningful things you can do during such a gorgeously cosmic time.

Participate In Some Yoga Or Meditation

Since solar eclipses always take place on a new moon, announcing the beginning of a brand new chapter in your life, setting an intention for the coming future is an amazing way to focus your energy and ask the universe for what you want. Meditating on your intention or practicing yoga with your intention in mind helps it sink deep into your soul, where you will carry it into the next phase with ease.

Draw Yourself A Spiritual Bath

Perhaps you feel more like comforting and cleansing your soul, which is why a spiritual bath is always a powerful thing to do for yourself during something as intense as a solar eclipse. Begin drawing the water, then insert thoughtful touches such as bath salts, herbs such as rose petals or lavender, and essential oils. Once you step into the water, imagine yourself releasing all the negative and low-vibrations weighing down on your life as a white light surrounds you, setting you free. As the water disappears down the drain, imagine all your worries draining too. On this solar eclipse, a spiritual bath will liberate your existence.

If you'd like to let your inner-witch take the wheel on this partial solar eclipse, here are a few rituals I wrote with the cosmic event in mind. However, you're more than capable of writing your own rituals, with whatever items you have available at home. As long as your heart is in it, your ritual can take you as far as you want it to.

Spend Time Writing In Your Journal

Maybe you just want to contemplate your thoughts and write about the state of your life during this period of time. You're in the middle of some powerful transformations, whether you realize it yet or not. Writing down and describing what's going on through your mind now will help you look back on how far you've come in the future.

Of course, nothing clears the mind, body, and soul like some good old nature. Embrace Mother Nature's arms, breathe in some much-needed oxygen, let the smells, sensations, and feelings of her world permeate you. Take it a step further and remove your shoes, walking barefoot across the ground in the spiritual act of "earthing." Even though you likely won't be able to catch a glimpse of this eclipse, there are still many ways you can feel it. Interpreting the stars is up to you.