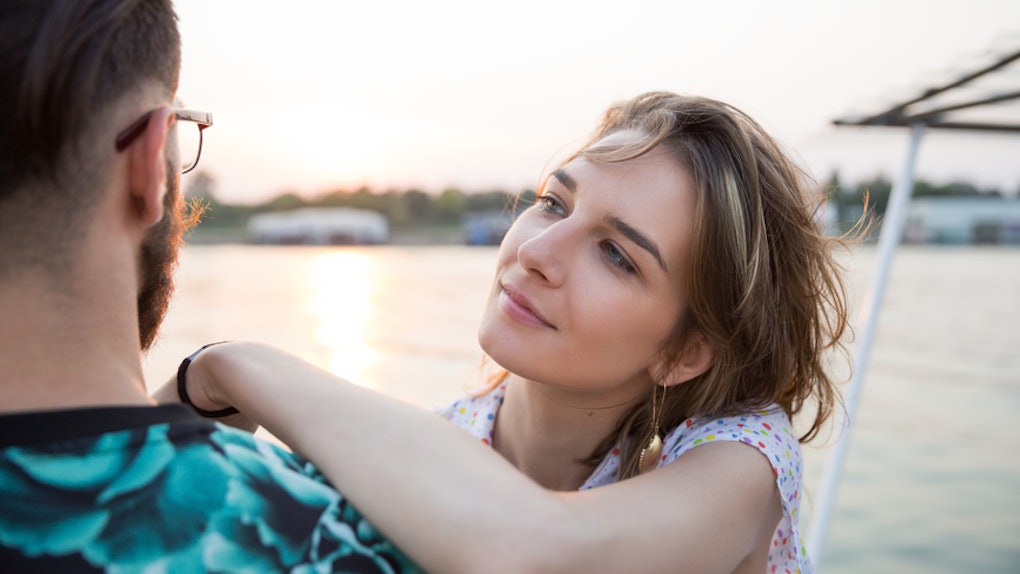 How To Know You're In Love, Whether You're A Man Or A Woman

Falling in love, regardless of the soon-to-be baggage that comes along with it, has the potential to be one of the most significant and transformative experiences of your life. There's just something about our perception of the world that changes when we make a connection to another person that feels so profound. But things can get a bit confusing if you're in a relationship with someone of the opposite sex. Ultimately, the jury is still divided on the exact differences between how men and women view and experience love. If you've been wondering how to know you're in love for real, it may very well have to do with your gender, but not in the ways you might assume.

The differences between male and female behavior when it comes to love too often leave both genders completely confused about the other. Is there really a difference between how men and women fall in love, or in how their behavior changes once they're caught in the snare of a lover's heart? Elite Daily spoke with dating and psychology writer and editor-in-chief of Psych N Sex Sasha Aurand to get some insight into how men and women fall in love.

According to Aurand, there is some evidence to suggest that the higher levels of estrogen in women may promote an increased release of the feel-good horomone dopamine — the main neurotransmitter that controls the brain's pleasure and reward centers.

Despite the differing hormonal and chemical interactions between men and women, Aurand says our genitals don't tell the whole story. Whew! That's a relief. Instead, Aurand believes the large majority of how each gender approaches and is affected by love comes down to our personalities and aspects of how we've been socialized.

At this point, I think we can all agree that sexuality and the emotions associated with it fall on a spectrum rather than inside of rigid boxes. In my opinion, the same goes for falling in love. It's difficult to make large gender-based generalization about the similarities or differences between men and women because it often ends up reverting to the age old question of nature versus nurture.

That being said, for many of us, gender had a pretty huge impact on how we were socialized. Thus, there are some trends when we look at each gender's behavior when it comes to matters of the heart.

When looking at the different and sometimes contradicting studies surrounding love, Aurand notes that almost every study conducted up until this point in history has been based on one of three theories: Lee's Styles of Love theory (that there are six differing types of love — Agape, Ludus, Storge, Eros, Mania, Pragma — and every relationship is comprised of a different blend of each), Sternberg's Triangular theory (that intimacy, passion, and commitment must be present in order for love to be love), and Hazan and Shavers Attachment theory (that our ability to both survive and thrive is dependent on our ability to make meaningful attachments that create security and stability).

But rifling through all of these academic papers on love still left me wondering how it actually happens.

According to Aurand, men are known for being more sexually driven in general because it falls in line with what we know about the evolutionary drive to procreate. This drive to procreate makes it less likely for men to associate sex with deeper feelings of love. In some cases, sex may even trick men into thinking that they are in love, only to lose interest once the thrill of fulfilling their biological drive with any one particular partner has faded. When a man does end up falling in love, however, it is a bit more likely that they will fall harder and faster.

Women, on the other hand, tend to find themselves caught somewhere between sensibility and mania. On a biological level, we subconsciously look for clues that the person we're with could contribute to a stable environment, while also grappling with essentially feeling a bit crazy. (We all know what that's like — you can't eat, you can't sleep, and sometimes it feels like the only thing you can do is stare into space thinking about them.)

When it comes to distinguishing initial lust from love, though, Aurand says that men and women are neck-and-neck:

"Depending on where a man is at in life — circadian rhythms, mentally, with his career, etc. — it will be hard to distinguish love from lust, but the same goes for women. Love has the underpinning of trust, where lust has more thrill-seeking, fantasy, and physical attraction bases."

Thankfully, when it comes to the other stuff that really counts — like building a sustaining a successful partnership — men and women are actually quite similar.

"We are social beings and do not do well with loneliness. (Not to say you need a partner to make you happy, but it does help.) When you can share your life with a person [whom] you trust and who makes you happy, it can have a positive impact on everything else in your life from your health to career. You’re also having more consistent sex (for the most part), which can also have some amazing side effects like a stronger immune system, your skin, and pain."

Basically, if the person you're with is supportive and contributing to your life in a meaningful way — whatever that means to you — and you feel your body body displaying signs of attachment, like not being able to get them out of your head, missing them when they're not around, and wanting to be part of their life in a meaningful way, then you may very well be in love. Be warned that though the road ahead might not always be the easiest, as loving another person also comes with lots of responsibility, it may very well be worth it in the end.