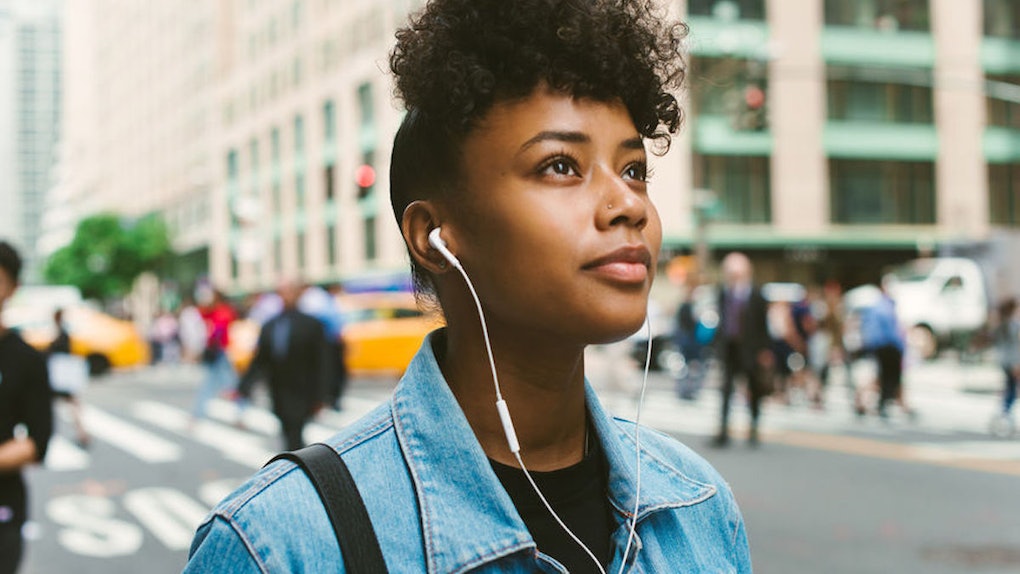 How To Improve Your Memory With This One Weird, Yet Simple Trick, According To Science

If you, like me, were ever even a slightly anxious teenager (or young adult, TBH), you probably rehearsed phone conversations before you called someone up to make sure you didn't forget to make any important points. If you're still forgetting things, whether it's picking up milk on your way home from work or packing your umbrella for a rainy day, you're in luck: According to a new study, if you're wondering how to improve your memory, acting out the things you're trying to remember might just help the information stick in your brain.

The study, published in the journal Neuropsychology, asked 96 participants — including people "with mild cognitive impairment" between 64 and 87 years old, according to ScienceDaily, as well as healthy adults between 62 and 84 years old, and young adults between 18 and 22 years old — to remember future tasks by acting them out in advance. While the study mainly focused on determining whether the practice would improve the memories of older people who were potentially in the early stages of Alzheimer's disease, the researchers found that both older and millennial-age participants were able to successfully improve their memory using this unique strategy.

Dr. Antonina Pereira, a lead researcher on the study from the University of Chichester in England, explained in a statement that acting out the thing you're trying to remember, as weird as it may sound, really is the key to improving your memory. "The next time you would like to remember to pick up a pint of milk from the store on your way home," she said, "do not wait until you have got home to realize you have forgotten to do it. Instead, recreate the action you would like to remember, pretending that you are actually doing it, in as much vivid detail as possible."

This detail is key, according to Dr. Pereira. Don't just passively imagine yourself going through the motions of something. Instead, harness the incredible power of visualization, and immerse yourself deeply in the scene, no matter how strange it may feel.

Those workout endorphins are apparently great for more than just improving your mood. A study published in Current Biology found that working out four hours after you learn something new can significantly boost your ability to recall the information later on. If you're still in school, this could be a great way to get outside and take a memory-boosting study break. And even if you're living the 9 a.m. to 5 p.m. life and exams are in the distant past, this method can still help you out. For instance, if you're trying to learn a new language, or even a cooking technique you've been practicing, try hitting the gym or doing a quick home workout after practicing that skill. Just be sure to wait a little while for your workout, because this study found that while the four-hour mark boosted memory, exercising immediately after the fact didn't.

If you're more of a nap person than a gym rat, your time cuddled up on the couch might be able to improve your memory as well. According to a study published in the journal PLOS One, your afternoon snooze could ensure that your mind holds onto whatever new information you've fed it, as the research found that naps, regardless of how long they last, "closely resembled memory improvement after an eight-hour night of sleep." Whether it's a new skill or an important fact, getting in those Zs is clearly great for your brain.

And, in what may be the best news of the century, eating chocolate could actually help things stick in your brain, too.

A study published in the journal Physiology & Behavior revealed that certain nutrients in dark chocolate can actually increase blood flow to different parts of your brain, thus improving your ability to recall newly learned information. So the next time you're wondering whether you should have a chocolate croissant for breakfast, remember that it's literally brain food.

Of course, if what you need to remember is to buy chocolate from the grocery store (always), you might want to start with the acting strategy.