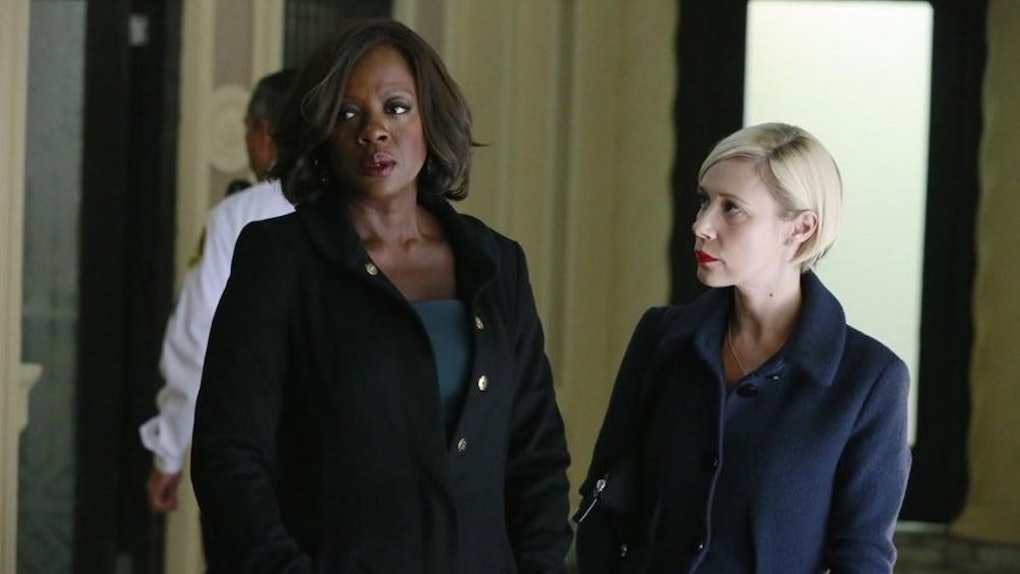 Annalise Keating and her band of law students only have one more chance to try to get away with murder. How to Get Away with Murder creator Pete Nowalk shocked fans of the long-running drama series by announcing that its upcoming season will be its last. So, now that fans know How to Get Away with Murder is ending with Season 6, what might this final season have in store, and where does this leave things in the Shondaland universe? Let's get into it.

Since its premiere back in 2014, How to Get Away with Murder has been a twisty mainstay on ABC, helming the Thursday night Shondaland lineup. The series has garnered consistent Emmy nominations for actresses Cicely Tyson and Viola Davis, as well as a win for the latter. Davis plays the adamant and morally questionable law professor Annalise Keating, who brings a group of her law students into various bloody predicaments. The show is known for its shocking twists; the series typically teases an unexpected, mysterious murder at the beginning of each season in a flash-forward, and then finally explains it in the finale.

On July 11, showrunner Pete Nowalk announced the show will be ending in a statement on Twitter. Nowalk wrote that he decided to end the series because he felt Annalise Keating's journey had reached its clear ending in Season 6.

As with every previous season of the show, Season 6 of How to Get Away with Murder will consist of 15 episodes, with the series finale likely to air in late February or early March of 2020.

Along with the final season announcement, ABC also released a new teaser for the upcoming season of How to Get Away with Murder. The brief clip shows a montage of all of the show's big murders, as the group is faced with evidence that the FBI knows about everything they have done. Viewers also see Annalise searching for Laurel in a panic, following that Season 5 finale cliffhanger of Laurel disappearing with her baby. Check out the teaser for the final season below:

The ending of How to Get Away with Murder will also seemingly bring an end to ABC's "TGIT" block of Shonda Rhimes-produced shows. After How to Get Away with Murder ends, Rhimes will only have two shows left on the network: the never-ending Grey's Anatomy and its spinoff series Station 19. Rhimes' shows once dominated ABC's Thursday night block, but her recent series Scandal, The Catch, Still Star-Crossed, and For the People all have ended.

And do not expect any new Shonda Rhimes shows to pop up on ABC to take How to Get Away with Murder's place. Rhimes signed a lucrative, multi-year deal with Netflix in 2017, so all future projects will be Netflix Originals. She has already announced her first Netflix series, an English high-society soap called Bridgerton starring Julie Andrews, which is set for a 2020 premiere on the streaming service.

The final season of How to Get Away with Murder will premiere on ABC on Thursday, Sept. 26.