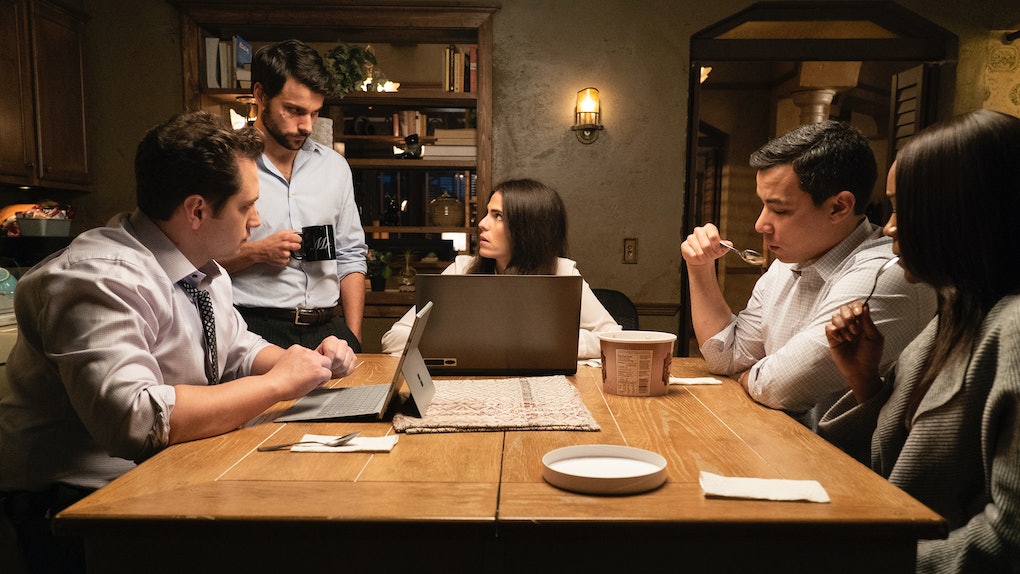 Will 'HTGAWM' Season 6 Happen? Here's What Shondaland Fans Should Know

Cliffhangers at the end of a TV season are never kind, but they develop an extra bite when an unexpected series cancellation follows them. Known for its deadly twists and leaving characters' fates hanging, How to Get Away with Murder is pretty comfortable with dragging out suspense over a summer break. Its Season 5 finale was no exception, so will How to Get Away with Murder Season 6 happen and answer fans' latest questions? We don't know for sure yet, but its chances of getting another season are strong.

ICYMI, How to Get Away with Murder's Feb. 28 finale, "Please Say No One Else Is Dead," was just as ominous as the title suggested. In the episode's closing moments, Emmett (Timothy Hutton) was dying on the floor after apparently being poisoned. His sudden demise came soon after he'd been framed for murder, which is a way too common occurrence in the world of these characters. Laurel (Karla Souza) and her baby also disappeared, leaving viewers with uncertainty about their fates. It would be quite a downer if the show failed to score a renewal after these updates, so is HTGAWM confirmed for another season yet?

As of March 1, ABC hasn't renewed the show for a sixth season yet, but its history with giving the final word shows that it usually makes an announcement later in the calendar year. According to TV Guide, the latest the show has ever gotten renewed is May, so fans don't have to panic just yet. Plus, networks typically announce final seasons before they even begin, so when the show is winding down, we'll probably know ahead of time and have an entire season to mourn.

Showrunner Pete Nowalk also admitted to planning this series finale with the assumption that the show would return, telling TV Guide, "That's a huge mystery as we go into another season, which fingers crossed we'll get. Obviously, we wrote it with the plan that we would get another season. That would be a terrible ending."

With the exception of Grey's Anatomy, the most well-known shows under the umbrella of Shonda Rhimes' production company have lasted six to seven seasons. Grey's Anatomy spinoff Private Practice checked out after six years, while Scandal closed shop after reaching the seventh season mark. Not every show can remain as popular and inventive as Grey's Anatomy, so How to Get Away with Murder's time on TV may be up soon.

However, when the final suspect has been tracked down and the last alibi is solid, Nowalk has a plan for how to handle the ending. "I haven't told anyone, I'm just sitting on it," he told TV Guide, "and I would obviously like to write this show forever, but I'm also really excited that I have an ending that I think is really great!"

Hopefully Nowalk doesn't have to break out that idea any time soon. We'll keep our eyes peeled for an official renewal announcement, but we might have a bit of wait ahead of us.

If renewed, Season 6 of How to Get Away with Murder will premiere this fall on ABC.