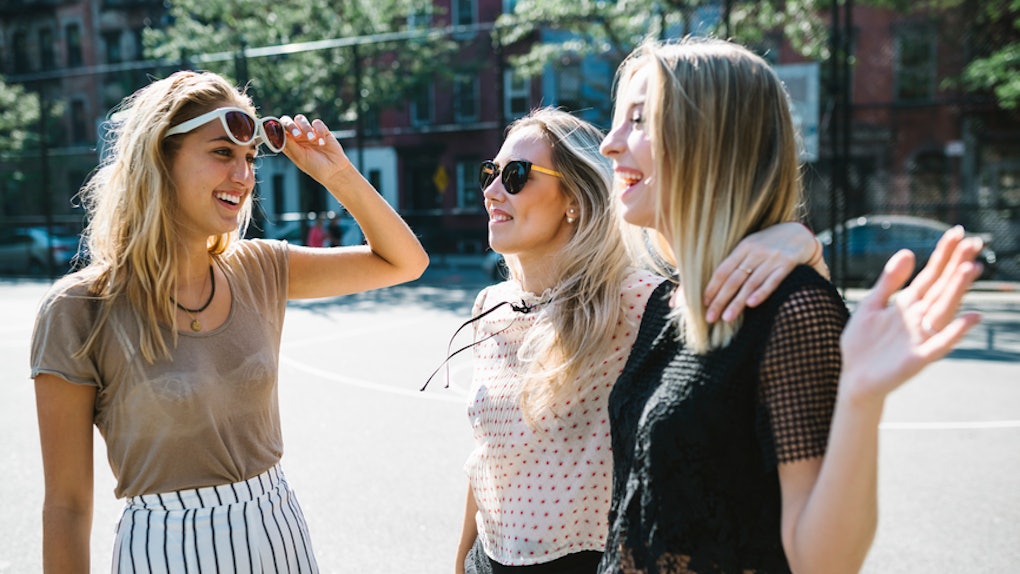 Accomplishments are worth talking about, especially among your group of friends. But there's a fine line between patting yourself on the back and metaphorically shining your gold trophies at any given moment. There's always that one friend who kind of makes life seem like a competition and feels like they need to list their doing good inventory all of the time. It's not always easy learning how to deal with the friend who brags, but you do it for your own peace of mind and friendship.

You still want to be friends with this person, which is why you try to understand how to overlook and combat their need to brag. Sometimes, people don't even recall that they're bragging because they're so used to talking about themselves. It's also likely that they haven't been called out on it quite yet.

Whatever the reason may be, you need to come up with a game plan and keep your friendship in tact as well. In my opinion, someone's merciless bragging shouldn't be the reason you drop a friendship high and dry. So, if you have a friend who is always keeping a tally of all of the amazing things happening for them, it's time to learn how to deal with your bragger.

Normally, when the average person tells you about things going well for them, you want to hear more details. In terms of a bragger, you don't want to keep giving them the impression that more is what you want. After their first few bouts of success have been expressed to you, you've really had enough.

2. Stay Away From Trying To Challenge Them With Your Own Bragging

You might get the feeling that this person is bragging because they are in a silent competition with you. Don't start blabbing about every amazing thing you've done, though. You don't accomplish anything that way, and the only thing worse than a bragger are two braggers.

3. Avert The Convo To Something Else When They Are Hardcore Bragging

Braggers know how to take the floor, and it's usually because they feel like they have an audience. When someone is deep in bragging, there's no stopping them until another convo comes up. If you have to divert the convo to something more inclusive for everyone who's participating, don't feel bad about it.

4. Don't Resort To Purposely Putting Them Down To Get Them To Stop

No one's playing to get even. This is your friend we are talking about. Sure, braggers are glorying themselves and their accomplishments, but that doesn't mean you have to counteract that with making them feel bad. You just want them to tone down their bragging, not their self-worth.

5. Call Them Out On It If It Gets To Be Too Much

It might sound overly simple, but telling a bragger that they brag too much is the most straightforward approach. Again, they may not even notice that they do it because no one has ever addressed it or told them in plain terms. As long as you're being genuine and honest, they should listen with ease.

6. Do Something Humbling With Them

Practicing humbleness is a very admirable quality, and maybe your friend who brags a lot needs to harness it a little more. Do some volunteering with them that'll get them out of their own head and lists of achievements. We could all use a little bit of a reality check for the better good.

7. Try Not To Get Flooded Out Of The Conversation

You don't have to brag about yourself, but make sure you're at least talking when it comes to conversing with your friend. The worse thing you could do is sit idly by and let a bragger think their bragging is OK. Dialogue is two people talking, so get your words in and hold your ground.

There's no doubt that you love all of your friends for every nook and cranny that embodies their personality. Learning new ways to handle your bragging friend just means you care.