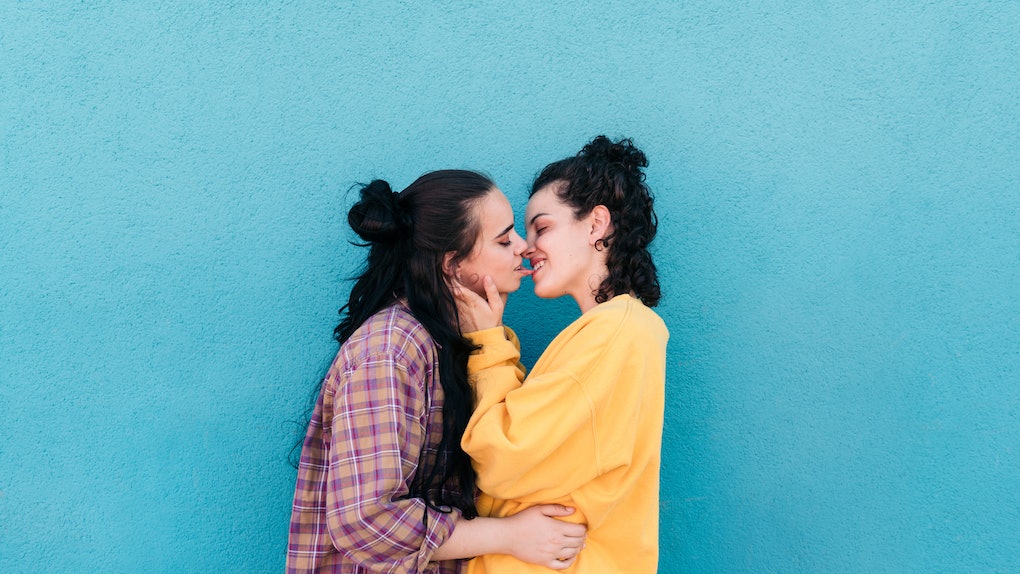 How To Breakup With Someone You Were Never Really Dating, Because Everyone Needs Closure

Breakups aren't reserved for people who've been together for years — sometimes, you need to end things with someone you're not even sure you were really dating (or sure that you weren't dating). I've certainly been dumped by many more men than I ever knew I was dating, and honestly, it was nice to have the relationship defined at some point (as over). If you find yourself in the situation where you need to breakup with someone you were never really dating, you're not alone. Just because the relationship didn't turn into something serious doesn't mean the breakup will be easy, so I compiled some advice for you on how to have these tough convos.

It's up to you to decide how serious a relationship has to be before you think an in-person breakup is necessary. "If you have been seeing each other exclusively for a few months, you want to offer the person face-to-face closure," Behavioral Scientist, Relationship Coach and Creator of Your Happiness Hypothesis Method Clarissa Silva tells Elite Daily. "You don’t want them to go through a period of self-doubt and constant 'what is wrong with me?'-type thinking." In some cases, it can be easier for the other person to find closure if you meet them in person — that way, they know the relationship was important to you, and they don't feel undervalued.

You might decide breaking up over the phone or text is the best option, and that's OK too in many circumstances. "Texting and phone exits are last resort methods and really based on what you would prefer be done to you," Silva says. "It’s less about how casual you were it’s more about your standard of how people should treat you. If you wouldn’t mind being texted or phoned a breakup, then that is a reasonable alternative." I've been upset when someone I went on a few dates with broke up with me over text, but I later realized I would have been upset no matter what, and the idea of a face-to-face breakup with him seemed unbearable. It also depends more on the intensity of the dating (or non-dating) than the length of time. "If it's only been a month but you've been spending every weekend together, having hours-long conversations, then you'd still probably owe it to that person to do it face-to-face," Writer and Relationship Expert Kiki O'Keeffe tells Elite Daily. That said, if you do think phone or text is the most considerate way to end things with someone, don't be afraid to use it.

Remember to consider their feelings, even if you don't think the relationship felt very serious. They might have a different view of it, so you don't want them to feel like you don't care. "It's really important to be clear that you value them, but that they weren’t a good fit," Silva says. "You can be honest and definitive in your response. The goal is to give yourself and the other person closure so that you can move on. Something like: 'I've enjoyed spending time with you, but I'm realizing that it's not what I want going forward. I care about you and wanted to let you know so that we can both move on' would work." You don't want them to feel like you didn't care about their feelings, so taking the time to explain why you don't want to continue (even if you don't feel like the relationship had even started) can be helpful.

Directness helps a breakup with someone you weren't really dating, according to experts. "If you want to tell someone you've been casually dating that you want to end things, don't be afraid of being direct," O'Keeffe says. "The stakes are a bit lower, so there's less pressure on both sides to navigate tricky emotions. Be decisive but kind, and that will go a long way toward ensuring that each party feels respected." You don't need to remind them that it wasn't a real relationship to begin with (if that's how you felt about it), but you should be clear that it's over. Just because the actual dating might have been ambiguous doesn't mean the breakup should be. Kindness is always important, but be clear about the fact that you no longer want to see them.

Breaking up with someone you're not really dating can be tricky. Even just deciding whether to call it quits IRL or over the phone is something you'll have to decide. However, if you show them kindness and directness, and treat them with respect, you've done all you can do. "Not dating" doesn't mean "no breakups", but if you are considerate and communicative, you can make the breakup a less painful experience.