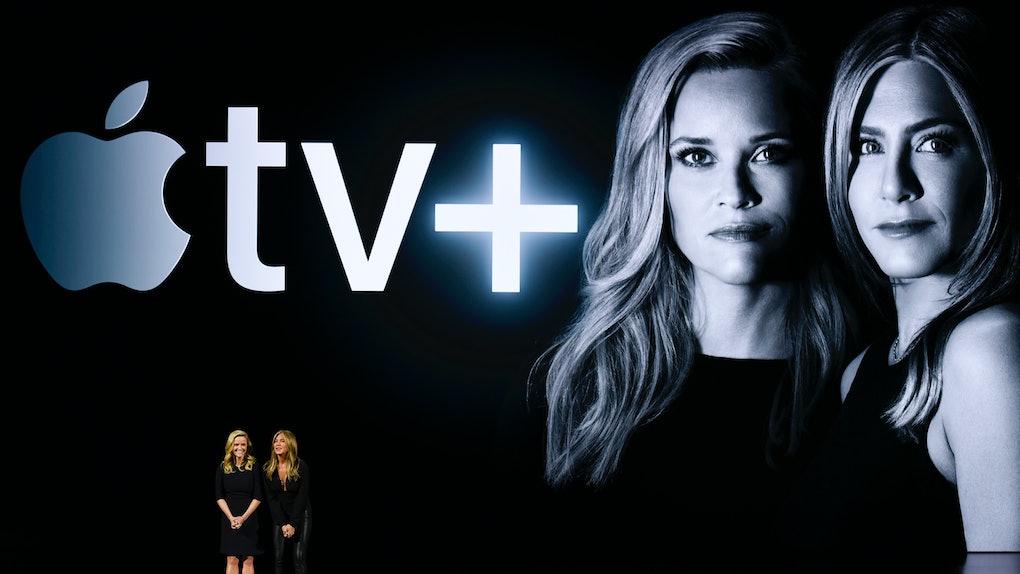 How Much Will Apple TV+ Cost? The New Service Has A Lot To Offer

Apple is just weeks away from entering the streaming television game, and at the company's keynote address on Tuesday, Sept. 10, viewers finally got the answer to one of the biggest questions about Apple TV+. The tech giant's new streaming service finally has an official price, and it might be a surprising number to some people. So, how much will Apple TV+ cost you? The new service will actually be cheaper than Netflix or Hulu.

As if that wasn't enough, Apple also announced its streaming service has an even better deal for loyal customers. Anyone who buys a new Apple device will get a full year of Apple TV+ for free. Basically, it sounds like Apple TV+ is definitely going to be the most affordable streaming option of them all.

Of course, the next question you are probably asking is what that $4.99 per month will get you. Well, Apple has already announced a bunch of exciting new original shows that are slated to premiere after Apple TV+ drops on Nov. 1. Definitely the buzziest of these fast-approaching series is The Morning Show, which stars Jennifer Aniston, Reese Witherspoon, and Steve Carell as TV journalists vying for power on a morning news program. The trailer for the show promises it will be a cutthroat joyride.

Another exciting new series that will premiere the day Apple TV+ drops is Dickinson, starring Hailee Steinfeld. The upcoming series will put a comedic and undeniably 21st century twist on Emily Dickinson's youth, as Steinfeld's bombastic portrayal of the iconic poet challenges the sepia-toned lens through which we tend to view historical figures. Check out the Dickinson trailer for yourself below.

Other new shows that are expected to premiere immediately after Apple TV+ include the alternate history sci-fi drama For All Mankind, Rob McElhenney and Charlie Day's video game development studio sitcom Mythic Quest, the Octavia Spencer and Lizzy Caplan-fronted legal drama Truth Be Told, and the animated series Peanuts in Space.

And those are just the new shows premiering on Apple TV+ this fall. The new service has also announced a ton of other new original series that will premiere in the future. Some of the standouts include the Chris Evans-fronted crime drama Defending Jacob, Jason Momoa's futuristic sci-fi series See, and Steven Spielberg's new version of his 1985 anthology series Amazing Stories.

Clearly, there is a lot to get excited for with Apple TV+. You can sign up for the streaming service for $4.99 when it becomes available on Nov. 1.