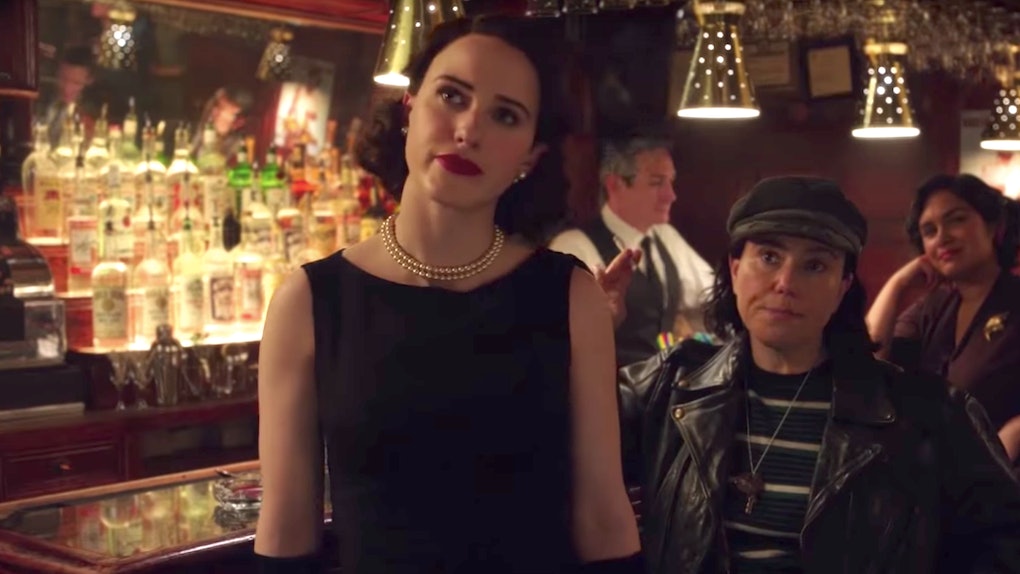 How Many Episodes Are In 'The Marvelous Mrs. Maisel' Season 3? We Have Some Bad News

Midge is going to have a little less stage time in Season 3 of Marvelous Mrs. Maisel than fans may have been expecting. Fans still have several months to wait for the new season of Amazon's stand-up comedy series, but a new report from TVLine has confirmed just how long the upcoming third season will be. So, how many episodes are in The Marvelous Mrs. Maisel Season 3? Unfortunately, it will be shorter then last season.

The new season of The Marvelous Mrs. Maisel will consist of only eight episodes, which is down from the 10-episode second season that premiered back in December. Although it is a couple less episodes than Season 2, the new episode count is not too much of a downgrade. In fact, the Season 3 episode count takes the show back to its roots, in a sense, due to the fact that Season 1 also consisted of eight episodes.

Shortly after Season 2 premiered on Amazon in its entirety on Dec. 5, 2018, showrunners Amy Sherman-Palladino and Dan Palladino told TVLine that they were still trying to figure out what the best episode count for the next season would be:

Amazon has given us some flexibility so we can see what stories we have. And we want to see what we can produce without killing everybody, including ourselves ... Some of the stuff we’re talking about might take time. We’re just trying to figure out how to make sure everything good gets on the screen.

That statement makes it sound like Marvelous Mrs. Maisel will not have a set episode count for each season, so we may even see the length of future seasons fluctuate even more than between eight and 10 episodes, depending on what feels right to the Palladinos.

Aside from this eight-episode length, not much else is known about Season 3 of Marvelous Mrs. Maisel yet. Tony Shaloub did recently reveal that part of the season will include a trip to Miami, where Midge's parents will see her while she is on her international tour with singer Shy Baldwin. Production for Season 3 is underway right now, so fans will just have to wait to find out any more details about the new season a until little bit later.

The ending of Season 2 definitely opened up a lot of possible new directions for Season 3 to go in, though. The finale ended with cliffhangers for almost every main character [Spoiler alert]: Midge accepts a touring gig with Shy Baldwin that puts her love life on ice (turning down Joel's advances and postponing Benjamin's marriage proposal), Sophie Lennon asks Susie to become her new manager, and Abe quits his collegiate job to return to his reckless days as an activist. All of these major twists are sure to be at the center of the new season.

Amazon has yet to reveal an exact premiere date for Marvelous Mrs. Maisel Season 3, but we do know that it is coming in late 2019. If it follows the pattern of the show's previous release dates, then Season 3 will premiere sometime in late November or early December.