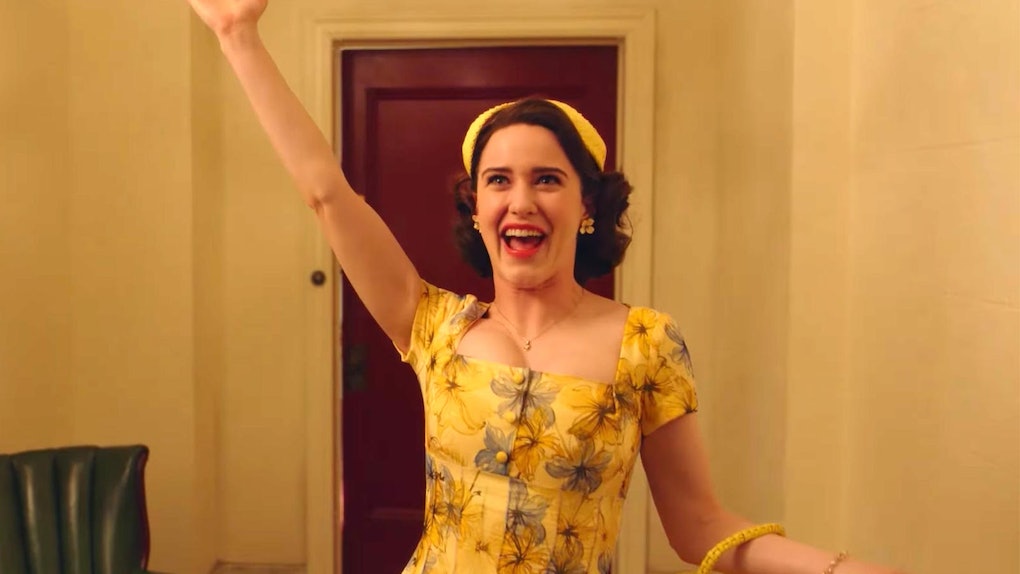 'The Marvelous Mrs. Maisel' Season 3 Will Include A Trip To Miami For The Weissmans

After spending its first season entirely in Manhattan, the second season of The Marvelous Mrs. Maisel broke out of New York City with trips to Paris, the Catskills, and mini tour to comedy clubs around the northeast. And it sounds like Season 3 is going to keep those trips coming. Although much about the new season is still being kept under wraps, Maisel star Tony Shaloub recently revealed that The Marvelous Mrs. Maisel Season 3 includes a trip to Miami for the Weissman family. It sounds like that will be only one of the trips that Midge Maisel has planned for Season 3, too.

At the end of The Marvelous Mrs. Maisel's second season, which premiered this past December, Midge Maisel was finally starting to get some national attention as a stand-up comic. The Season 2 finale sees Midge getting an offer from the popular singer Shy Baldwin to open for him on his six-month tour, and Midge jumps at the opportunity. So it seems like we will be getting some more of Midge on the road in Season 3... and apparently, her parents are coming along for the ride. Tony Shaloub told Entertainment Tonight that the Marvelous Mrs. Maisel cast will be filming in Maimi this summer, and that the scene has to do with Midge's tour:

I think I’ve heard that we’re going to Miami in June. That’s all I know. I don’t know what that [entails]. It’s about [Midge's] tour, but that’s all I got.

So get ready to see the Weissman family soaking up some sun at the beach, I guess. And fans should also expect the Miami trip to be just as gorgeously shot as Season 2's extended trip to the Catskills, which was so colorful and lively that it made watching the show feel like a summer vacation... even if it did come out in the dead of winter.

In addition to this trip to the south, Tony Shaloub also teased that fans might see his character of Abe Weissman start to come around to his daughter's comedy career this season. Interestingly enough, Abe is kind of in a transitional phase as of the Season 2 finale, which saw him quitting his job in favor of returning to his days as an activist. Abe has always been shown to be level-headed and very traditional up until that decision, so we may see a very different Abe in Season 3. And that includes him possibly starting to really support Midge's comedy career, Shaloub said.

Amazon had already confirmed that it was picking up The Marvelous Mrs. Maisel for a third season before Season 2 even premiered. Since production still has yet to begin on Season 3, these details from Tony Shaloub are really all fans have to go off of at this point. If Season 3's production follows a similar timetable to the first and second seasons, then fans can probably expect The Marvelous Mrs. Maisel Season 3 to premiere on Amazon around late November or early December.