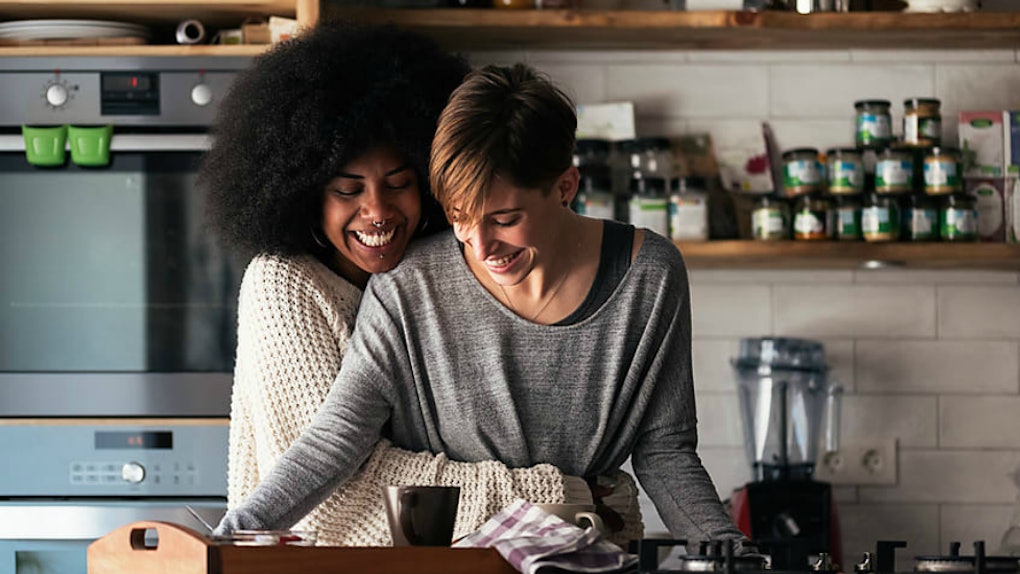 How Long Does The Honeymoon Phase Last? 10 People Share Their Relationship Stories

We all know the honeymoon phase well. You know you're in it when you've just started dating someone new, your stomach fills up with butterflies, and every single thing you do together feels exciting. If you find yourself smiling all the time for no reason, you're definitely in it — and that new relationship glow is quite the feeling. And you might find yourself wondering, "How long does the honeymoon phase last?"

The answer is that it's different for everyone. Essentially, the honeymoon phase is over when the infatuation takes a back seat to facing life's little realities together. According to experts, the average time the honeymoon phase lasts is around three months, but it can absolutely be longer or shorter depending on the relationship.

It Hasn't Gone Away Yet

We've been together for 2 and a half years and honestly it's still there, just sometimes we calm down a bit. I don't think ours will ever really go away because we still get randomly giddy and affectionate because we're so happy and filled with butterflies. I'm lucky to be in such an amazing relationship, honestly.

It's More Like Multiple Phases That Come And Go

Together 13 years, married 8, here. Same in the beginning, super intense, lots of passion, lots of sex and now I would say it's just as good, but different. Our relationship seems to have kind of an ebb and flow to it. We have periods of being deeply in love and then other times where life is busy and annoying and my partner started a load of wash and didn't tell anyone and now its smelly and dammit why are you so irritating right now- times. We've been through two kids, which mixed with little sleep and hormones resulted in a less-in-love kind of time. And now I would say we're back in the honey moon phase again. It comes and it goes, but always returns to a state of madly in love, but with the depth of a decade+ behind it.

After 27 years, we still experience honeymoon phases from time to time.

Around a year has been my experience in my last three relationships. It comes and goes, but a lot of the getting to know eachother and suprises [sic] happen during that time, by the year I'm normally working my way into the comfort zone.

I think our lasted about 4 years. We were long distance for that entire time, though, so it was hard to get sick of each other when we didn't get to see each other often. Once we moved in together things kind of cooled down when the day to day stresses became real.

Some Say Around A Year Or Two

I was young so I feel like it was the 2 year mark. It is like at that 2 year mark I was able to see all the things that drive me crazy lol I married my high school sweetheart after 7 years of being together (only a couple breakups and so I didn’t have any other long relationships in that time just short dating).

This isn't a new relationship but our honeymoon phase lasted for about 2 years. We do have periods of honeymoons, I'd say. We've been together almost 5 years, lived together for 4. I enjoy knowing that we can work hard, get stressed out and still feel that overwhelming surge of 'Geez, I know I love this person but right now I REALLY REALLY like them, too.'

After about 18 months to 2 years we transitioned from 'can't keep our hands off each other think about you all the time' to 'I still love you and want you but I'm secure enough in our relationship that it doesn't consume every thought.'

It Never Really Happened In The First Place

I don't think we really went through a honeymoon period. We were best friends for at least a year before we started dating, then things kinda just fit together naturally. We were both so shy we didn't have our first kiss until after a few months of dating. We've been together for about 6 years now, and I still get butterflies looking at him and I get excited to see him after every workday when I pick him up from work. Most of our relationship could be described as slow and steady.

It was weird because my now husband and I never went through that phase. We just enjoyed each other's company so much and eventually got married. There was always love, but no butterflies and no passion. It was a little bland, but comfortable. I'd say we have more passion for each other now than when we started. Everyday feels more and more like that sweet sweet honeymoon phase 😊

So, there you have it — some couples never leave the honeymoon phase, some never experience it in the first place, and some couples experience those butterfly-filled honeymoon feelings on and off throughout their time together. All of these scenarios are totally normal — and totally sweet in their own way.

This article was originally published on April 27, 2018