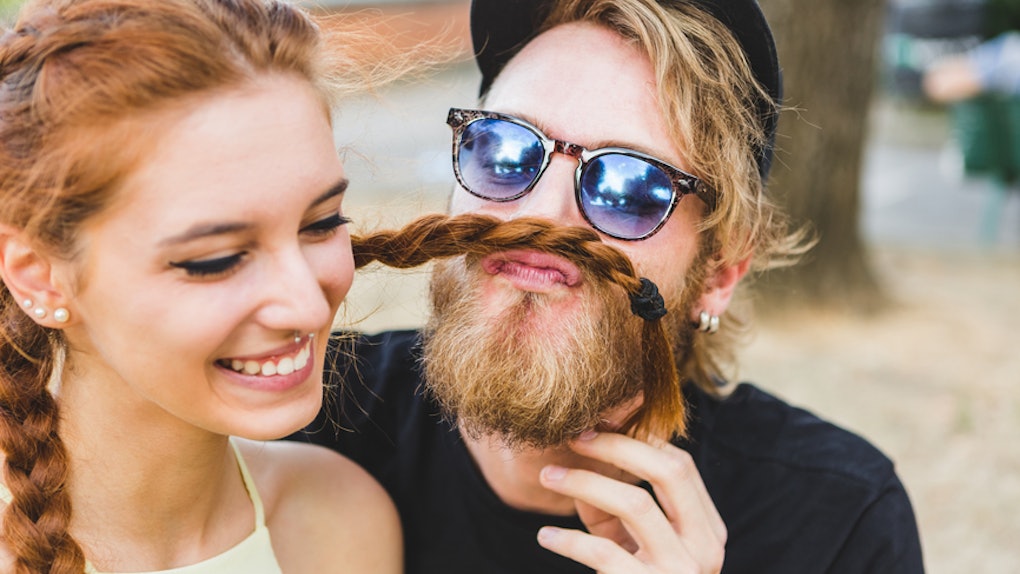 How Long Does It Take To Fall In Love? The Answer May Surprise You

My younger brother, who is not at all an expert on love, says it takes three to five business days to fall in love. His rationale is that anything less than that means that it's faster than Amazon Prime, which is just unrealistic. Amusing as his theory is, I don't believe it. So how long does it take to fall in love?

Dawn Masler, love biologist and author of Men Chase, Women Choose, says, "We really don't have an exact time for when two people fall in love." Masler's take is different from Dr. Arthur Aron's, who famously designed those 36 questions to make people fall in love with each other after a single encounter.

The idea behind Dr. Aron's experiment is that if you answer a series of increasingly intimate questions with a stranger, followed immediately by four, silent minutes of staring into their eyes, you would both fall in love. Although, I've never tried this myself, I've always wanted to believe in it. Like others have pointed out, answering the 36 love questions makes falling in love seem more like an active decision rather than a passive happenstance.

The truth is, falling in love is actually biological. Masler explains, for example, that love at first sight is a fallacy. She tells Elite Daily, "Love at first sight is not love; it's lust. The neurotransmitter norepinephrine causes those butterfly feelings and sweating palms."

She adds, "It's like a fight or flight response, which is temporary... So, love at first sight gets you into bed quickly and then wears off."

If this sounds like the least romantic thing you've ever heard, don't worry. It's not all bad. Turns out, sleeping with someone has a lot to do with falling in love, at least for some women.

Women tend to fall in love when they are intimate.

I wish there were an actual timeline that told you exactly when it's normal to fall in love but alas, there's not. Masler explains that the timing is actually up to you. "When a woman builds up her levels of oxytocin and dopamine, she tends to fall in love. Dopamine is released when she is excited and oxytocin, when she learns to trust or when she kisses [someone]," she says.

The real catch is that a woman's oxytocin levels spike at orgasm, which is why Masler theorizes that women are more likely to fall in love when they are intimate with a partner.

Men tend to fall in love after they commit.

The point is that while women might fall in love the first time she hooks up with someone special, it may take longer for her male partner to catch up because he's waiting for an even bigger commitment. No, not marriage. Surprisingly, he's probably waiting to define the relationship.

Everyone falls in love at their own rate. Don't drive yourself or your partner crazy trying to keep up with other couples whose situations are likely much different than your own. Take your time and trust your instincts. Science will take care of the rest.