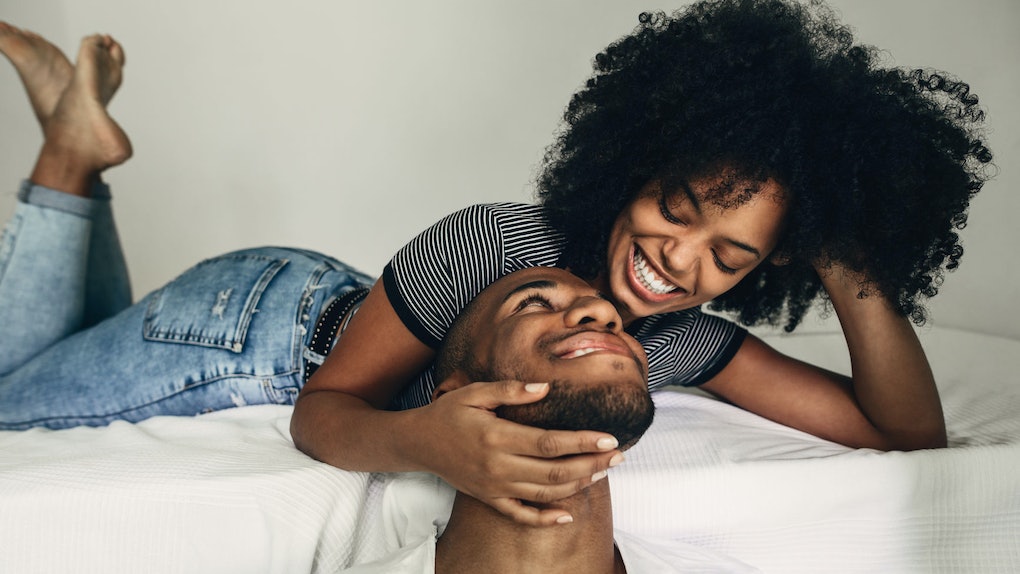 How Do You Know When The Honeymoon Phase Is Over? 6 Women Reveal The Moment They Knew

Ah, the blissful feeling of falling in love. You might think that the beginning of a relationship is the best part — you can't get enough of each other, you want to spend every minute of the day with each other, and you're both on your best behavior. However, I personally love the feeling of when you've both calmed down and settled into the relationship. There's something comforting in that, IMO, and there's usually a defining moment of when the honeymoon phase is over. Whether you realize it at the time or you can look back and pinpoint the precise moment it happened, transitioning out of the honeymoon phase and into the rest of your relationship is a natural development of being with someone.

I love talking to people about their relationships, how they met, and how they "keep the magic alive." I reached out to my friends and they shared with me the moment they knew their honeymoon phase was a thing of the past and they're all so relatable. Interestingly, almost everyone was very nostalgic about the early phase of their relationships, and almost wistful as they remembered falling in love with their partners. Then they quickly recalled the moment they realized their partner was no longer on their best behavior and that they were now just in "real life." Read on to hear their hilarious stories of those moments.

When She Stopped Making Me Coffee

She had this morning routine with the news and bullet coffee and all this stuff and in the beginning she would always make two, one for me and one for her... and then slowly she stopped making me coffee and would only make one for herself. When the manners kinda went out the window, I knew the honeymoon phase was over.

I knew the honeymoon phase was over when he started farting in his sleep. The first time he did it, he woke up and was super embarrassed and apologized, but the next time he didn't even notice. That's when I knew we were really in it.

When He Stopped Kissing Me Hello

We moved in with each other pretty quickly and I knew the honeymoon phase of our relationship was dead and gone when he'd come home from work and not greet me with a kiss. He'd take off his shoes, fuss with the mail, look at his phone — literally do whatever until he'd look up and be like, "Hey."

When He Took His Pants Off

When he took off his pants as soon as he walked in my front door and left them in a heap, sat down on my sofa in his boxers, and grabbed the remote. We broke up several months later.

When We Didn't Want To Have Sex All The Time

My boyfriend and I didn't live together at the time, so every time we'd sleep over together, we'd hook up. I so clearly remember the first time that we got in bed, kinda kissed then were both like "We're so tired!" And we just went to sleep. I was thinking, '"Is this bad? Shouldn't we be having tons of sex?" And then the next thing I knew I was waking up the next morning. It was awesome!

When We Started Being On Our Phones At Dinner

I knew we were out of the honeymoon phase when we'd be out at dinner and we'd hop on our phones right after ordering. Even when I was like, "Should we put our phones away?" we still kept them out. We'd gone from gazing into each other's eyes and having deep talks to being that couple on their phones at a restaurant. But then I got a text from him that said, "I love you." So maybe it wasn't a bad thing!

Almost each of my friends asked "Is this bad?" after sharing their stories and I definitely don't think so! Part of easing into the comfort of a long-term relationship is being truly comfortable with your partner. Of course, you should still pay attention to each other and use your manners, but choosing to get a good night's sleep instead of having sex isn't a terrible thing every now and then! So maybe the next time you're at a restaurant and you see a couple on their phones instead of thinking, "Gosh they seem so bored with each other," consider that they just might be texting each other something sweet.