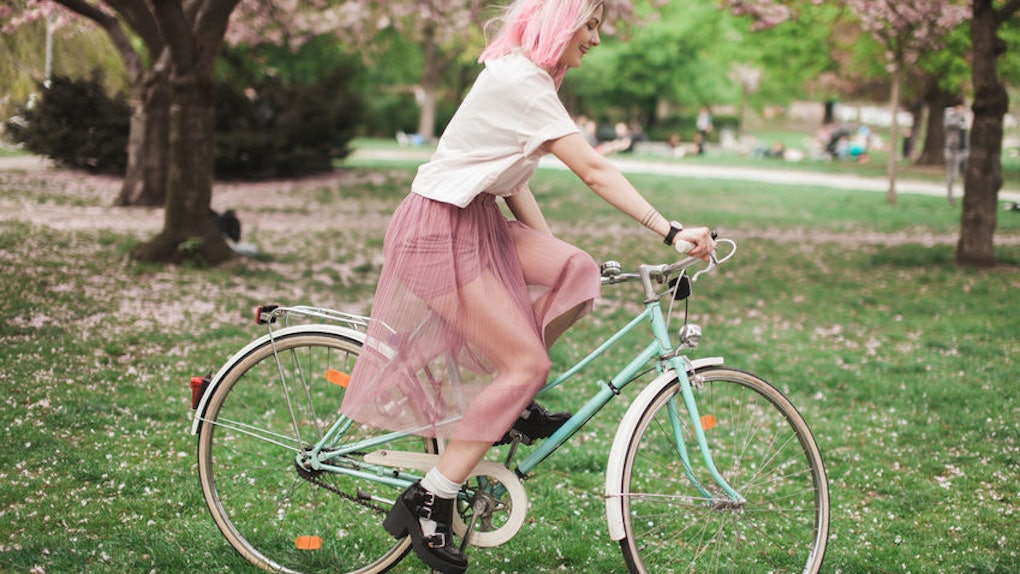 How Can Exercise Help You Learn? Science Says A 15 Minute Workout Can Help Boost Your Memory

Exercise is obviously good for your body, and you probably already know that it's great for your mental well-being and even your sleep schedule, too. To say the least, a regular workout routine is a total game-changer for feeling better on all levels, mind, body, and spirit. And according to science, working out can do even more for the noggin than you might have initially thought, as research shows that exercise can help you learn, and it can even help sharpen your memory, too.

That's right, guys. The next time you have a huge bio exam coming up at school that you're low-key freaking out about, or when you're trying to memorize a presentation for work and the words just won't stick in your brain, you might consider a round of jumping jacks as a part of your studying routine. According to new research, even as little as 15 minutes of sweating your stuff can help boost your memory. I know, it kind of sounds too good to be true, so what's the deal with this rather incredible-sounding life hack?

A recent study done at McGill University showed that exercising immediately after practicing a new motor skill can improve how well you retain that skill long-term.

The most exciting part? For the first time, there's evidence that doing even a single, 15-minute stint of cardio can increase your brain's efficiency and ability to make connections, and in turn, this can help you learn a new skill, whether it's something physical like learning to balance on a tightrope, or more mental, like memorizing slides for a presentation.

The thought behind this research is not only for those of us who want to learn our Spanish flashcards more quickly or memorize a monologue, either. According to ScienceDaily, the researchers involved in this study are hoping their findings might translate to a much more rapid recovery time for people who have suffered loss of motor skills due to a stroke, or mobility issues as a result of injury. And that's pretty dang incredible, if you ask me.

So here's how the study went down: The researchers asked their participants to complete two tasks, the first of which was somewhat video game-like, called a "pinch task," and it involved gripping a sort of joystick (technically it was called a dynamometer in the study) with varying levels of force. The goal was to use the joystick to move a cursor up and down on a computer screen and connect rectangles as fast as possible — again, much like a video game. After completing the pinch task, half the participants were told to exercise for 15 minutes on a stationary bike, and the other half simply rested for the same amount of time.

Then, all of the study participants were asked to complete a slightly different version of the pinch task, called a "handgrip task," at intervals of 30, 60, or 90 minutes following the exercise or rest period, according to ScienceDaily. This time around, though, the researchers simultaneously assessed participants' brain activity while they completed the task.

The next day, each participant repeated the pinch task, and the researchers found that those who had exercised for 15 minutes after learning the new skill used much less brain power to repeat the task than those who had rested.

As reported in ScienceDaily, when the researchers took a deeper look at what was going on and why there seemed to be less "brain effort," so to speak, when performing these tasks after exercising, they concluded that the workout had made participants' neural connections more rapid and efficient, and as a result, this translated to a better retention of the skills needed to complete the pinch task. Fabien Dal Maso, a researcher on the study, said in a statement,

Because the neural activation in the brains of those who had exercised was much lower, the neural resources could then be put to other tasks. Exercise may help free up part of your brain to do other things.

What's more, the research also found that sleep was an important factor, too, when it came to how well the participants could repeat the pinch task.

So basically, it was the combination of restful sleep and 15 minutes of exercise that helped these participants learn a new motor skill. According to ScienceDaily, the researchers plan to focus more on how sleep can affect your ability to learn in future studies. Marc Roig, a senior author on the study, said in a statement,

What this suggests to us, and this is where we are going next with our research, is that sleep can interact with exercise to optimize the consolidation of motor memories.

It is very exciting to be working in this area right now because there is still so much to be learnt and the research opens doors to health interventions that can potentially make a big difference to people's lives.

Sounds like just one more reason to get to the gym, my friends. After all, it's only 15 minutes, right?

More like this
I Tried Singing While Running Like Miley Cyrus & OMG, My Lungs
By Rachel Varina
These 40 Clever Vaccine Selfie Instagram Captions Deserve A Shot On Your Feed
By Rachel Chapman
The Trendiest TikTok Recipes Of All Time That You'll Want To Taste With Your Buds
By Kelly Pau
Stay up to date