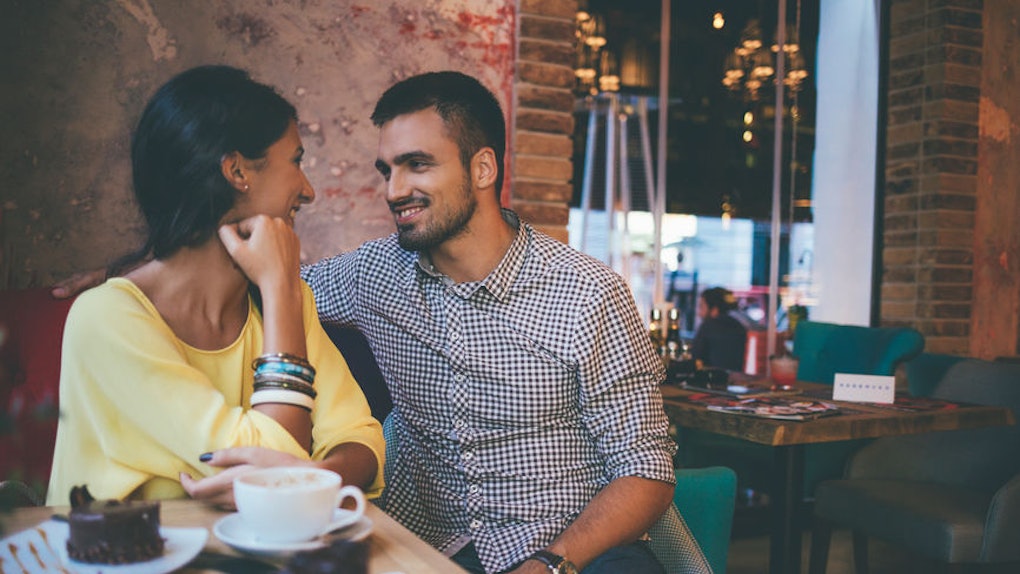 Here’s When To Tell A Date You Don't Drink, To Avoid Any Confusion

For people who abstain from alcohol, knowing when to tell a date you don't drink can be a tricky decision. After all, so much of dating and social interactions seems to revolve around alcohol. So, it's easy to feel like revealing that you aren't a drinker might be a buzzkill. Fortunately, there's absolutely no reason to feel self-conscious about living a life that doesn't include drinking. In fact, studies consistently show that overindulging in alcohol can pose serious health risks.

According to sobriety coach and host of the Love Sober Podcast, Kate Baily, deciding when to let a date know alcohol isn't part of your lifestyle depends on what led you to stop drinking. "I think it depends on the reason you don’t drink," Baily tells Elite Daily. "There is a big growing movement of people who choose not to drink alcohol and hopefully, at some point, it will become a non-issue." In some cases, it may be better to share this information sooner rather than later to avoid getting attached to someone who isn't living a compatible lifestyle. "It might be good to take the temperature because if your date cares that much then they may not be the right partner for you," says Baily.

If you're someone whose sobriety was fueled by addiction, but you're not comfortable sharing your past with a casual date, sobriety coach and founder of Pink Cloud Coaching Teresa Rodden recommends waiting until the topic comes up organically. "The best time to tell your romantic interest that you don't drink is as soon as the conversation comes up naturally," Rodden tells Elite Daily. Ultimately, Rodden agrees that being upfront early on can help you weed out suitors who aren't supportive. "I have found the easiest way to navigate life sober is in truth and transparency," adds Rodden. "It's best to find out whether or not your romantic interest is worthy of your time and effort. Will they respect your lifestyle? Take your needs into consideration? Maybe partying is a significant part of their life, which is good to know early on."

Since grabbing drinks is often a common first date, knowing how to deal with this suggestion can be tough. Rodden recommends making a comparable counteroffer by saying something along the lines of: "I live a sober lifestyle, let's get a fun mocktail instead." This way, you're showing that you're still up for social outings and willing to participate in activities without crossing your personal boundaries. "I think the biggest mistake people make when they change their relationship with alcohol is sober becomes their identity, and everything is about their sobriety," says Rodden. "A healthy sober person goes on with their life and doesn't put so much emphasis on their lifestyle choice. Life is much bigger and should be much more interesting than [whether you choose to drink or not]."

So, is it even possible to have a healthy relationship with someone who does drink if you've chosen another path? According to both Baily and Rodden, it totally is, but the decision to do so should really depend on you. "It’s about personal boundaries, common ground, and chemistry," says Baily. "If their drinking is a trigger for you, you are in active addiction, or it plays a big part in their life, then they may not be a good date. [I] believe in putting your wellness first."

In the end, it's totally up to you to decide when you're ready to talk about your lifestyle choices and any personal information about your past. What you put in your body is 100 percent your choice, and anyone who isn't supportive of your health and wellbeing probably wouldn't be a good partner in the long run. Additionally, sobriety is a great thing, but it also doesn't have to be a label that defines you. You are so much more than what you drink, whether it's an apple juice or an apple martini.