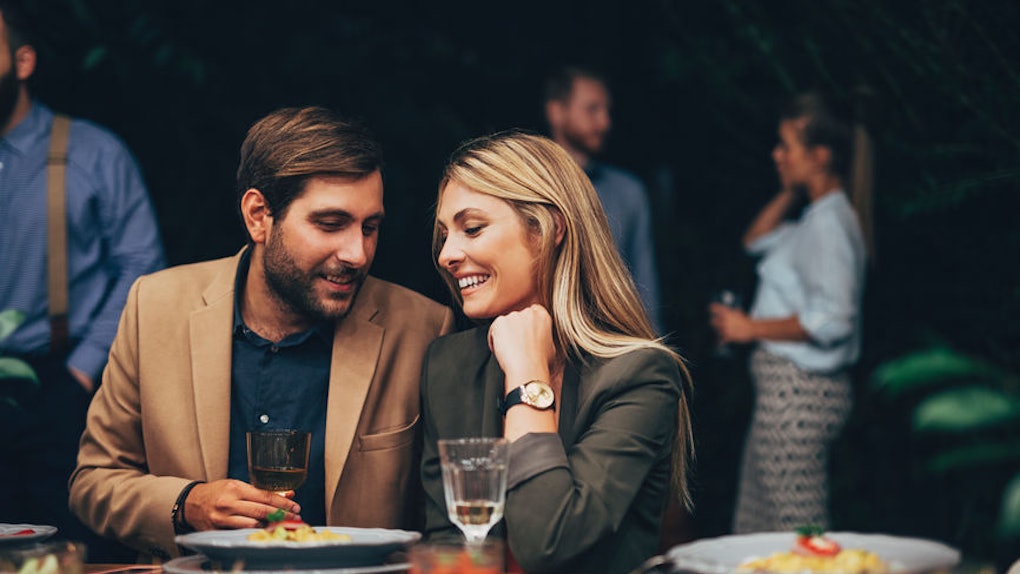 Here's When To Introduce Your Family To Your Significant Other, According To 13 Women

It’s the relationship milestone that everyone seems to have opinions about: that moment when bae meets the fam. It’s different for everyone, and it often depends on how far you and your partner live from your family, how open everyone is to the introduction, and whether your relationship began as friends before you dated. If your partner and your family are both central facets of your life, bringing them together for the first time can solidify your connection in a big way. It can also be scary. Will they get along? Will things go as planned? There’s no one-size-fits-all formula for when to introduce your family to your significant other, but there are certainly factors to be aware of before you take this step.

Among the women I spoke to, there were varied opinions about the timeline that works best. For some, the sooner the better! For others, their family dynamics made the introduction a bit more complicated, and therefore, delayed. Regardless of how long you’ve been dating, it’s important to consider the intent behind the meeting before you worry about the time frame. And sometimes, a meeting can happen by accident before you have time to think about it! Read on for some entertaining stories from women who have been through it all (for better or worse), and rest assured that you, too, can totally handle this big introduction.

My family lives across the country, and I don’t see them very often. My dad and my sister came to visit when my boyfriend and I had been together for about two months, and it made sense for us all to do something together at the time. In general, I’m pretty open with them about who I’m dating and vice versa — and introducing an SO doesn’t feel like any kind of statement or big deal to me.

My family met my boyfriend about a month after we decided to live together, which definitely caused some tension in our pretty traditional family. Even though I thought things were going pretty well between my boyfriend and I, I expected my mom to raise concerns that I hadn’t even noticed. To my surprise, she loved him, and even had a serious discussion with me about how he loved me, and that I needed to be kinder to him! … As much as I expected him meeting them to raise flags or cause me to distance myself, it was really great having people I trust confirm that it was a solid relationship and helped me get out of my own head about it.

I had been dating my girlfriend for four months when she visited my hometown over New Year's. I had mentioned her to my parents and they both said they would love to meet her. It was less of an intentional decision I made and more the right time. We ended up going to an incredibly loud and busy Taco Mac, but it ended well and they all loved her!

Home For The Holidays

My family lives across the country from me, so deciding to introduce them to my boyfriend for the first time took some planning and consideration on both of our parts. I know I would be going home for the holidays, and even though my boyfriend and I had only been dating for a few months at the time, the impending holiday season felt like a ‘now or never’ moment ... Having already met most of his family, I was relieved to finally connect those two separate and important parts of my life, my significant other and my family. Luckily — and unsurprisingly — he hit it off with everyone, and our relationship felt more complete knowing we had both been welcomed by each of our families.

I knew very early on in our relationship that he was "The One", since we had been friends for years. As soon as he moved out to LA, where I lived near my parents, he met them! At first he was ‘just a friend’ to them, but I think they know I wouldn’t bring anyone home who I wasn’t serious about. It was probably my worst kept secret, but two and a half years later, we’re still going strong. He goes to all family functions/vacations, so I’ll say the timing didn’t matter of when he was introduced, just the intent behind it.

I realized I was talking to my mom every single day for nearly two months, telling her how sweet he was, how funny he was, telling her about the dates we’d been on, and the conversations we were having. I just felt something special about him, especially in the way he treated me, and I know I wanted my family’s approval, sort of as another guard of my heart, before I let things become too serious. We’d been dating for a few weeks, and then my parents came to town and we all went bowling. They loved him, and he loved them! It was perfect … We’ve been dating two whole years now, and family has become a huge part of our love.

I introduce an SO to my parents when we're either actually official/exclusive or clearly on the verge of it. I try to introduce them at social events where they can greet each other, but then we can go mingle with other people and come back and chat every so often, so it's not just a whole evening of an awkward meeting dinner or something like that. That also makes it more casual for when that awkward dinner eventually has to happen, since technically they've already met!

I come from India, where the concept of dating is still a little nascent, as in the parental generation isn’t very comfortable knowing about it. My dad was attending a big party which was work-related, and we had extra passes, so I decided to invited him [my boyfriend] over … My mum and boyfriend ran into each other in the lobby. They both introduced themselves and hit it off immediately … Once the party was over, my mum and I were coming back together when she suddenly brought up the topic, and I got self-conscious so I dismissed it, saying, ‘He’s just a friend.’ … My mum gives me a smug look and tells me, ‘pata le,’ which is Hindi for, ‘woo him.’ I just turned red and said nothing. It’s been two years since that incident, and me and my boyfriend are as strong as ever.

It was about five months in. We were sophomores in college, and I took him to Florida with me for winter break. I’m really close with my family, and they meet all my friends and roommates, so it almost felt weird to have someone so important in my life not know my family, so I wanted to do it as soon as it made logistical sense … We’ve been together almost three years now, and he and my parents, especially my dad, love spending time together.

I introduced my last boyfriend to my parents after we had been dating for almost eight months. I was living in Chicago at the time, and my parents came from New Jersey to visit. It was a pretty easy introduction. Both my parents and my then-boyfriend were super amicable. I have always thought my parents were pretty great and easy to get along with, but they kept that conversation going despite just meeting him.

I realized time doesn’t determine it; it’s more so how comfortable you feel, how your partner feels, and how the family feels … My family is important, and [I know my partner feels the same way,] so the earlier [I could see] my partner interact with [my] family, the better. Just because for me, and I think most people, it is a deal breaker, and you don’t want to be too invested before realizing the connection isn’t there.

Hoping For The Best

My boyfriend and I did it kind of backwards. We met one weekend in September and the weekend after my parents were in town, and they wanted to take my friends and I out to dinner. My roommates told me I should invite my partner, but we had just met, and I couldn’t figure out what we were, if anything, because it was so early on. But I told him about it … and he tagged along. I was really worried it was going to blow up in my face, and my partner was going to end up being a hookup buddy who met my parents, but it worked out. We’ve been together for a year and a half.

I introduced him to my mom after two months of dating because I knew we were going to be serious … My dad refused to meet him at the time because he thought it was too soon … and because he was already predisposed to not liking him because he didn’t grow up with the same faith values and background that I did. It was painful to have to try to convince my parents to meet him, let alone like him … After over a year of dating, he did Christmas with my family, and even though he and I both knew their perspective deep down, [he] felt very loved and welcomed. I think sometimes, parents just want to know that their daughter is loved and safe and happy. Once they see that is the case, so many other objections fade away, despite how they may feel about that person at a base level.

No matter when you do it, introducing your SO to your parents can be a nerve-wracking step. But rest assured that everyone loves you and wants the best for you, and what they can ultimately connect over is how much they care about you! Try not to fret, and just do what feels right for your family and your love. You never know how people might surprise you.