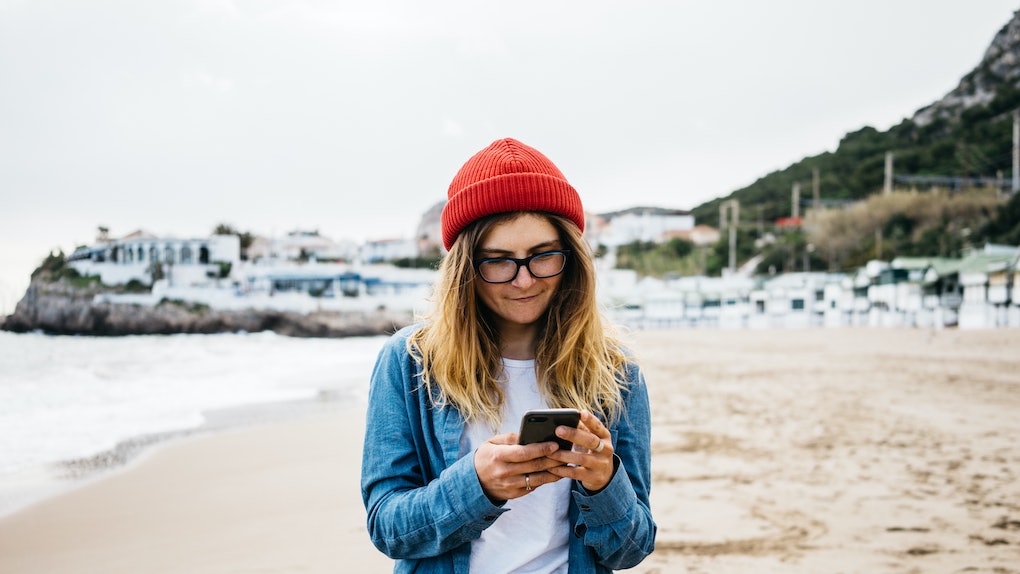 Here's What Your Ex Will Text You, Based On Their Zodiac Sign

Is there anything that sends your heart racing more than a text from your ex? I think not. Even if you and your former flame parted in the most respectful way possible, it's safe to bet that seeing their name pop back up on your screen after all this time could cause you to panic. If you would rather undergo an emergency root canal than willingly converse with your ex after a breakup, you're certainly not alone. Depending on your ex's zodiac sign, the text they send you could be a dramatic plea for forgiveness, a heartfelt attempt to win you back, or a last-ditch effort to keep you around for late-night hookups. Fun, right?

If your ex's text throws you for a loop, don't worry — it's pretty normal to feel shaken up by a message from someone in your past. As licensed psychologist Dr. Joy Harden Bradford previously explained to Elite Daily, "I think it's important to be gentle with yourself and your feelings, so if the text brings up some stuff for you and then the day goes downhill after that, allow it to happen and then develop a plan for how you'll try to have a better day tomorrow."

Based on their star sign, here's the kind of text your ex is most likely to send you. Just remember, whether or not you respond is totally up to you.

"Remember that Italian restaurant we used to love? I walked by it yesterday and it made me think of you. You looked so beautiful in the candlelight there, and there's nobody else I'd want to split the lasagna with."

Mushy, romantic Pisces are officially rated #1 Most Likely To Text Something Heartfelt In An Attempt To Win You Back. The problem, of course, is that if you've already done the tough emotional work of trying to put the breakup behind you, this sweet text can be painfully confusing to process.

"Hey! I'm throwing a party for my birthday this weekend. Come through if you're free!"

[Forty-five seconds later] "Uhh, JK. Maybe it's too soon for us to hang like that. So sorry. NVM."

Impulsive, spontaneous Aries might hit "send" before they have the chance to fully think through the ramifications of their text. Just don't be surprised if you get a second text soon after with an apology for stepping on your toes.

In other words, no, your stubborn Taurus ex has not forgotten the about that nasty fight you had six months ago about the merits of Bughead versus Varchie. They will go to their grave still defending every single one of their closely-held opinions (which is to say... all of them).

Geminis have many skills, but sticking with their decisions is not one of them. This is a classic case of your ex suddenly changing their mind about the breakup and putting out feelers to see if you're still down for a hookup.

"I heard you're dating someone new now. Congrats."

A Cancer might hide behind their hard shell and pretend they aren't upset that you're moving on, but deep down, they're total softies. They want you to see how strong they are, even when they're feeling their most vulnerable inside.

"I have to get this off my chest: I'm sorry about how things ended. If I hurt you, I apologize. When we broke up, I was stressed about a million different things, and I wasn't thinking clearly. I'm doing better now, and I hope you are, too."

Classic Leo — at first glance, this text might seem genuine. But if you look a little closer, it's clear that egocentric Leo is only sending this to put the spotlight back on themselves. (Count how many "I"s are in that text, OK?) If you're already moving on, keep going. Nothing has changed here.

"So... Sam told me you'll be at at the party this weekend. I'm going, too. Can we clear the air now so it won't be awkward IRL?"

Ultra-practical Virgo likes to think ahead, hence why they're reaching out in advance to work out the logistics. Although a Virgo won't be caught dead wearing their heart on their sleeve, the fact that they're still thinking about you speaks volumes.

"I know I've apologized before, but I just wanted to say it one more time: I messed up. I hope you can forgive me."

There's nothing a Libra hates more than the prospect of being disliked. This peaceful sign is most likely to text a plea for forgiveness, whether or not they deserve it.

"I'm still mad at you. I hope you spend the rest of your life thinking about what a terrible person you are."

Nobody ever said a Scorpio was lighthearted! This moody, intense sign is easily slighted and prone to texting scathing insults that are tough to forget. I'd recommend not crossing a Scorpio, but... it's possible that you already did.

"Wanna grab coffee sometime? It'd be cool to catch up."

Sagittarius is the friendliest sign in the zodiac. They don't hold onto grudges for long, and no matter what went down during your breakup, they probably want to stay in your life somehow — even platonically.

"I still have your denim jacket at my place. You still have my Nalgene. Can we meet up to swap?"

It's not that Capricorns don't have feelings — they're more sensitive than they like to let on. But it's tough for them to showcase their emotions, so they're likely to lean on sending texts that sound practical and straightforward.

When an Aquarian gets hurt, they disappear to process their feelings in private. It's likely your breakup was a quick conversation, not a big blowout fight, right? But now that they've had time to reflect, they might want to see you again to get closure.