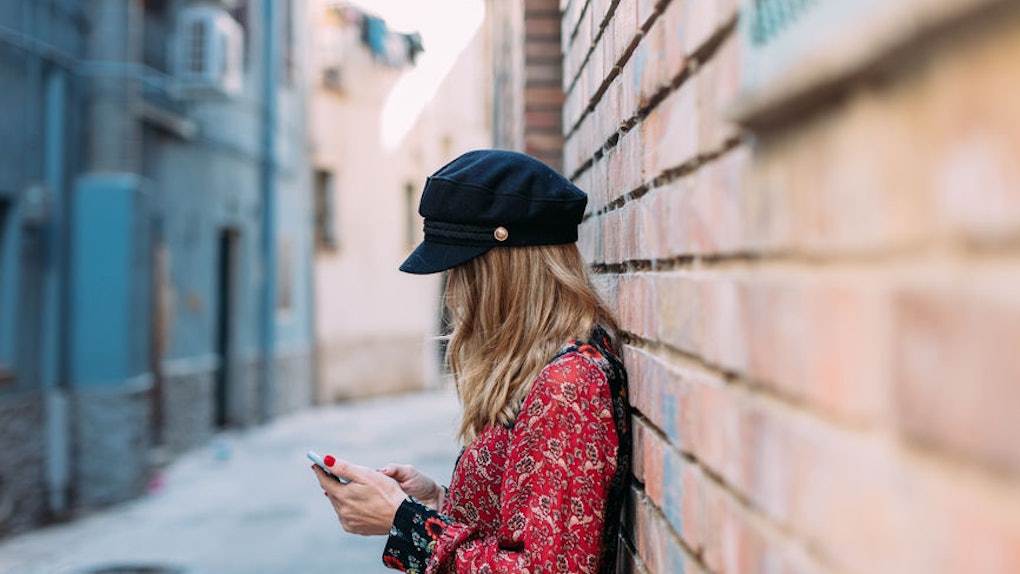 3 Zodiac Signs Most Likely To Text Their Exes, Because Letting Go Is Hard

There have been plenty of times I've thought about texting an ex. Something will remind me of them, and I'll get a bittersweet pang of nostalgia. I'll miss them being a part of my life and find myself reaching for my phone. I may have even written a draft or two, but before I can hit send, I stop. Then I to proceed to something a little more, ahem, my style... social media stalking. That's because, as the Virgo-iest Virgo ever, I am definitely not one of the zodiac signs most likely to text their exes. I prefer a more passive route. However, for some folks, the temptation to reach out with a text message is just too strong.

For some people who are a little more bold, that moment of hesitation to set down the phone before you hit send just doesn't happen. These are signs that either prefer to be straightforward about reaching out, or just generally feel more comfortable communicating directly with an ex. Whatever the case may be, if you are the type to stay in text communication after a breakup — or to just reach out randomly — chances are you're one of these astrological signs.

When Aries gets a notion to do something, including texting an ex out of the blue, there is no stopping them. After all, with a ruling planet like Mars, which is associated with passion and aggression, would you expect anything less? This is a sign that trusts their gut above all else, and if they want to reach out and feel like it's the right choice, they are not going to spend a lot of time weighing the pros and cons. It's also true that Aries is not a sign to really wallow in a breakup, so they are quicker than most to be at a point where they just want to be friends, and a text seems like a perfectly reasonable way to get that process started.

For an air sign like Gemini, reaching out to an ex seems like an easy-breezy thing to do. This is a sign that has no trouble with communication, and no matter how they feel, they're not afraid to express it. So, an ex text from a Gemini can mean anything from them venting and getting all their post-breakup feelings off their chest via text screen, or, if they're hoping for some kind of reconciliation, putting their best asset — their way with words and wit — to their advantage

For a deeply emotional water sign like Cancer, the time after a breakup can be particularly brutal. If you've won this sign's heart, it means that they took down their defenses and let you in. That level of vulnerability means the emotional wounds cut deep. It's for this reason that Cancers really have a hard time letting go. When they're suffering, instead of pushing people away, they actually try to hold on tighter. They will have a lot of lingering questions that need answering for them to move on, so expect plenty of “but why though?” texts after a breakup with this sign.

While being on the receiving end of texts from an ex who is having trouble letting go can have its challenges, try and be gentle with their hearts — unless they are outright refusing to respect your boundaries, it's likely coming from a good place. If you are one of the signs doing all that fancy texting finger work, and you don't get the reply you want — or a reply at all — it's worth considering that as the closure you need, so that you can start to move on. You deserve a relationship that is like the best of texting, in that it is a true dialog with two enthusiastic participants. It's best to leave anything less than that on read, permanently.