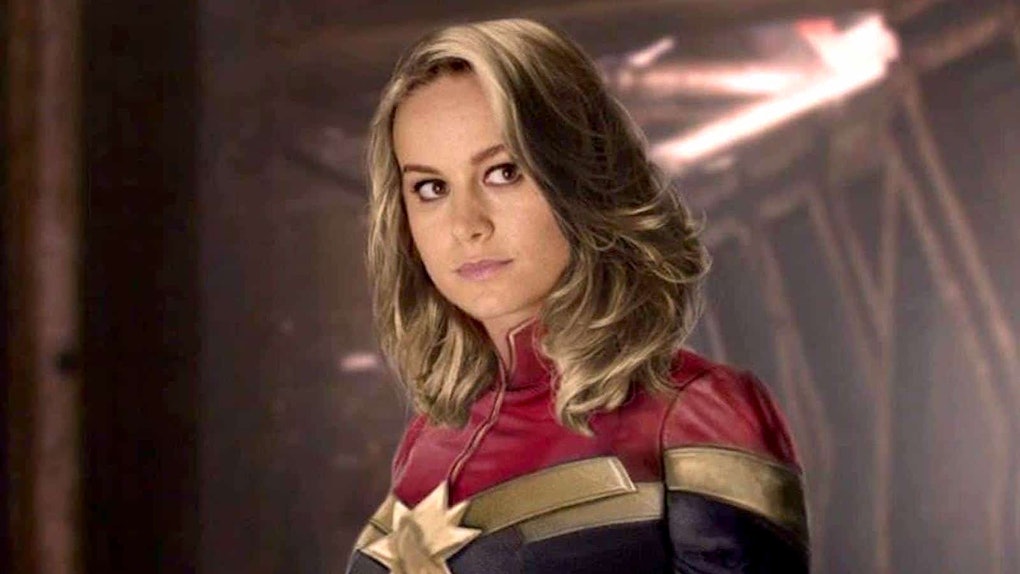 Captain Marvel may have just crash-landed in the Marvel Cinematic Universe, but fans will not have much breathing room between her origin story and her suiting up with the Avengers to fight Thanos. Avengers: Endgame is hitting theaters just over a month after Captain Marvel's premiere, and fans are already eager to see how the MCU's newest hero will fit in with the rest of the team. Thankfully, we got a little taste at the very end of Captain Marvel. The Captain Marvel post-credits scenes set up Avengers: Endgame by giving us our first look at life after Thanos' snap.

Spoiler alert: This post discusses plot details from Captain Marvel. In terms of the movie itself, Captain Marvel mainly just serves as a way for fans to meet Carol Danvers and get the full scope of her incredible superpowers, but there are some aspects of the film that could definitely have ramifications for Avengers: Endgame. Most notably is Captain Marvel's ability to fly through space, which none of the other Avengers can do. As the Avengers: Endgame trailer made clear, Iron Man is starting off the new movie trapped in space after being abandoned on Titan at the end of Infinity War. Captain Marvel's appearance provides an easy way for the Avengers to save Iron Man.

Another possibly important element of the movie is Goose, Captain Marvel's cat hiding a powerful secret. Captain Marvel revealed that Goose is actually a Flerken, an alien that contains a vast pocket dimension within itself. Goose uses his powers to help destroy the Kree in Captain Marvel, but it is unclear whether he will show up in Endgame or not. In the comics, Flerken have the ability to travel through dimensions, which could be super helpful in taking on Thanos.

But the clearest set up for Avengers: Endgame in Captain Marvel is the first post-credits scene. The scene shows Captain America, Black Widow, the Hulk, and War Machine all pondering over the pager that Nick Fury used to call Captain Marvel at the very end of Infinity War before disappearing. As the signal gives out, Captain Marvel appears behind the group and asks where Fury is.

We do not get to see any more of the interaction beyond that, but the quick scene gets the introduction out of the way so that Avengers: Endgame can kick off with Captain Marvel already being among her new team.

The second post-credits scene does not really have any implications for Avengers: Endgame. Fans who stick around for the full credits see Goose coughing up the Tesseract on Nick Fury's desk, which actually sets up 2012's The Avengers, in which Loki steals the Tesseract from S.H.I.E.L.D.

It is also important to remember the timeline that is going on here. Captain Marvel took place in 1995, whereas Avengers: Endgame is going to be set in the present day. Carol Danvers left Earth at the end of Captain Marvel to battle the Supreme Intelligence on Hala, and presumably has not returned since. That means that Captain Marvel is over two decades older (and more powerful) in this post-credits scene than she was in her movie.