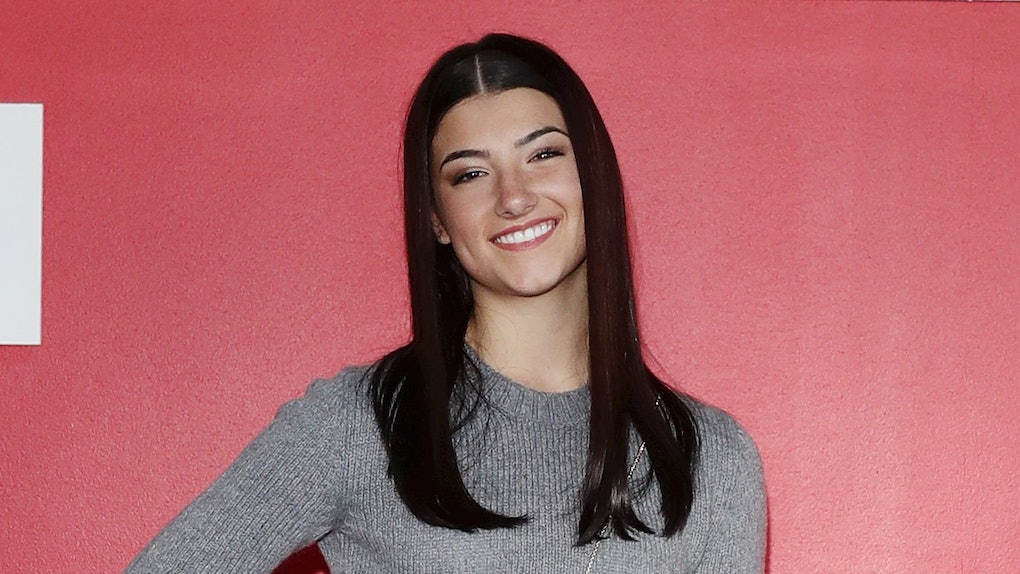 Well wishes are in order for Charli D'Amelio, as the 16-year-old TikTok star revealed she underwent nose surgery on Friday, July 17. After she posted a series of videos with bandages on her face, fans speculated she got a nose job, but the real reason Charli D'Amelio got nose surgery is actually due to health concerns. The procedure was a long time coming for D'Amelio, so now that it finally happened, she's excited to get back to business as usual.

Ever since she began posting TikToks in June 2019, D'Amelio has been sharing much of her life with fans online. For example, she's introduced her followers to her friends and family, opened up about dealing with cyber bullying, and even let her viewers in on her breakup with fellow TikTok star Chase Hudson. D'Amelio only further proved how open she is with fans when she shared a post-surgery video to her millions of followers on TikTok.

In the clip from July 17, D'Amelio is seen recovering from a medical procedure in bed with several bandages on her nose. Although it looked pretty painful, D'Amelio was all smiles and even showed off a few dance moves while lying down. The reason why she was so happy all comes down to why she got the surgery in the first place.

"Surgery is done and I am so beyond excited that I was finally able to fix my breathing!!!!! and soon i will be able to be in dance classes again!!!" D'Amelio captioned the clip.

In April, D'Amelio revealed she broke her nose last summer and ever since then, she's had difficulty breathing properly, so this procedure was long overdue.

"Fun story time so I broke my nose in august and ever since then I have had breathing problems in my right nostril I was supposed to have surgery in november and to fix it but then I started having problems in my left nostril and now I can barley breathe out of my nose at all," D'Amelio tweeted.

She's waited so long to have the procedure done, so D'Amelio is in such a good mood to finally have it over with.

Just look at her dancing it up on TikTok post-surgery:

D'Amelio seems to be recovering well and she's grateful for fans' support online.