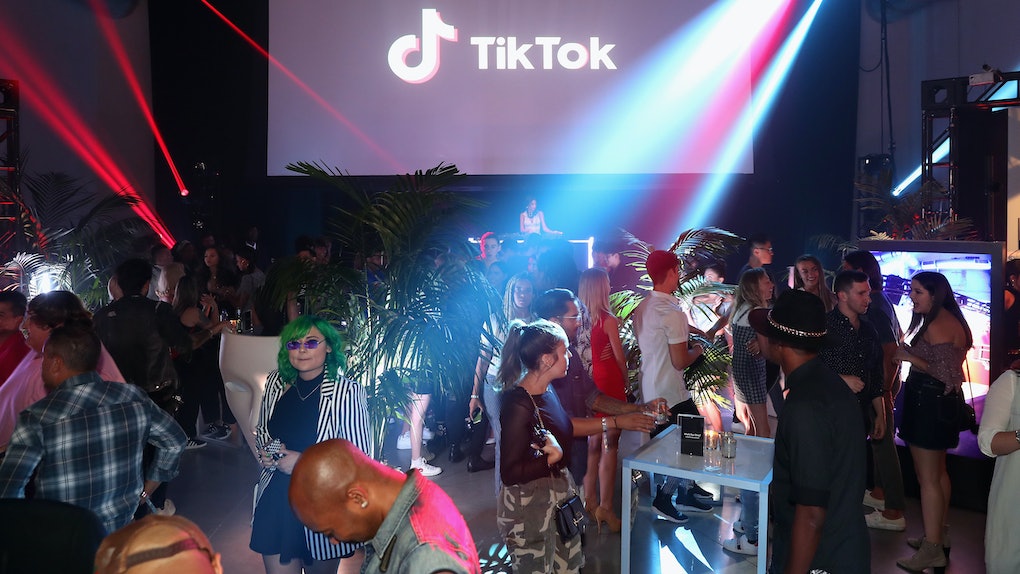 If you're not a member of the Generation Z crowd, chances are you think of Kesha's 2009 bop when someone mentions the word "tik tok." A decade later, however, the term now refers to a social media platform where users can create 15-second videos of themselves lip-syncing along to their favorite songs, recording themselves trying challenges, and more. Here's how to use the TikTok app if you want to try your hand at what's now become the new Vine.

Since launching in April 2014 originally as Musical.ly, TikTok has quietly but surely amassed hundreds of millions of followers worldwide and even recently inspired a Starbucks secret menu drink in its honor. If you're completely new to the TikTok game or are only slightly acquainted with it, you might have heard of the social media platform as a lip syncing app. While TikTok was originally a place where users could record themselves lip-syncing along to their song of choice in 15-second intervals, the app — which officially became known as TikTok after Musical.ly was acquired by the Bytedance company and integrated into an existing app with the same name in November 2018 — is now so much more.

In addition to making 15-second lip-syncing clips, TikTok users can also take part in challenges and get "coins." Yes, it's a fast-paced app, but judging from how many people are now TikTok users, it seems like it's relatively easy to get the hang of it and dive in.

Take into account that the app reportedly has been downloaded over over 1 billion times worldwide, according to data from research firm Sensor Tower, plus the fact that some of the top accounts have tens of millions of followers, and it's easy to see why millennials and other non gen-Z'ers are ready to jump on board. If you're ready to interact with potentially millions of new users and up your social media game, here's how to get started.

The first thing I'd keep in mind is that unlike Instagram or Snapchat, TikTok is a very auditory-focused platform. Once you download the app, you'll want to put your earbuds in and turn the volume up so you can immediately start watching videos, or TikToks. To post your own original content, you'll need to use your email, your phone number, or a third-party platform to create an account. As with Instagram, you can customize your username or choose to make your your account private in the settings, which can be found in the top righthand or bottom righthand corners.

When it comes to posting your very own TikToks, I noticed that the experience seems pretty similar to Snapchat. Once you get into the camera by selecting the plus button at the bottom of the screen, you have the option to choose from a variety of filters and AR effects to customize your look.

One of the most important parts of a good TikTok video is the soundtrack. While each recording session lasts 15 seconds, you can also string together multiple clips for a total of one minute of recording time. Either while you're recording or after, you can set the music of your video by selecting "Add a Sound" on the right side of the recording screen. Keep in mind that each song comes with a pre-set segment on the app, so no, you can't fast forward to your favorite part of a song.

Again, it might take a few tries before you get the hang of it, but I'd recommend taking a look at the creations of Millie Bobbie Brown's bestie Jacob Sartorius or other popular users to see if you can pick up a few tricks of the trade.