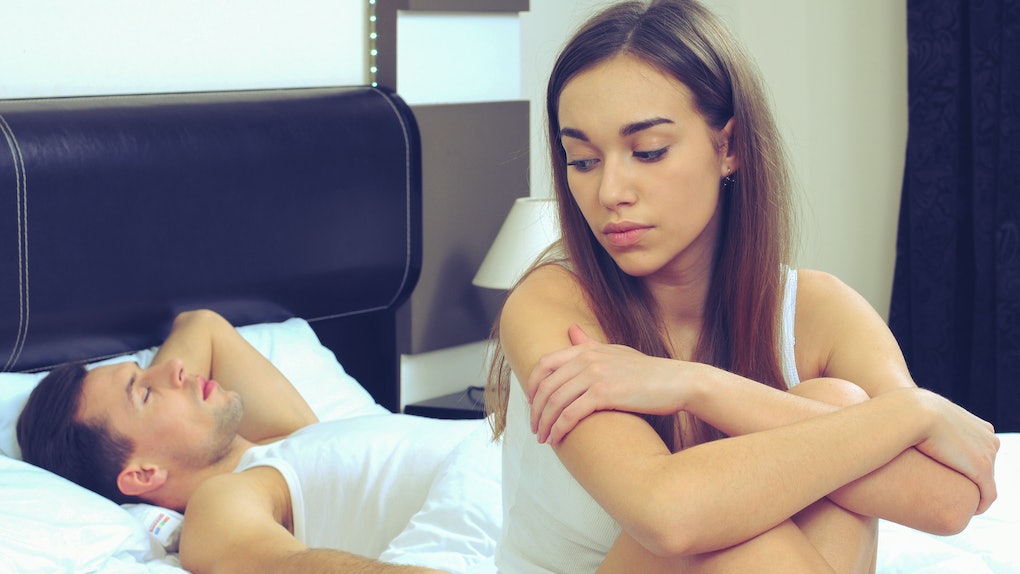 Here's How To Tell If Fights Are Normal Or Toxic In Your Relationship, According To Experts

Have you ever been in an argument with your partner, and realized that what started out as a small disagreement escalated into a full-blown fight? I've definitely been there, and in my experience, it was really scary. I can't pinpoint when it went from a small spat to a relationship-ending blowup, but I do know that when things get that heated and ugly, these fights can be hard to come back from. Bad arguments with your partner should ideally be few and far between, but when they are recurring events in your relationship, knowing how to tell if fights are normal or toxic is important for both your health and happiness, as well as that of the relationship itself.

According to Dr. Gary Brown, a prominent couples' therapist in Los Angeles, occasional disagreements with your partner are to be expected. "We really need to understand that, even in the very best of relationships, there are going to be disagreements. Hopefully they never rise above the level of an argument, as opposed to all-out fights that can become toxic," he tells Elite Daily. The difference between a disagreement and a fight, he says, has a lot to do with the end goal. "When arguing, both partners are engaging in a debate and the end goal is to find a way for both of you to be heard, understood, and to seek to learn," says Dr. Brown.

In fact, Dr. LeslieBeth Wish, licensed clinical psychotherapist, relationship expert, and author of Training Your Love Intuition, tells Elite Daily that having disagreements can be a healthy part of your relationship. "The relationships that work best are when you and your partner bring complementary styles so you can become a richer team. You learn from each other. As you can see, these important differences also can create heated discussions and disagreements. Usually, loving and mature couples can manage the discord without getting dangerous," she says.

The question is, how can you tell the difference between what is a normal fight, and one that is toxic? The experts say this is what to pay attention for.

Do your arguments become aggressive?

When you argue, how heated does it get? Do either of you get angry or violent? If so, Dr. Wish says this type of disagreement is very toxic. According to Dr. Wish, this can include swearing at each other, threats to harm one another, throwing things, storming out, or breaking items — particularly ones of value or meaning to the other person. “Sound scary?” Dr. Wish asks. “It should. Disagreements in happy, healthy couples does not look like this.”

What is your goal?

When you fight with your partner, are you both working toward the goal of resolution? Or are you trying to score points and win? If it's the latter, then Dr. Brown says the fight is not a healthy one. “Toxic fights including hitting below the belt by saying things like, ‘I knew it was a mistake to ever get involved with you,’ or ‘Everyone says that you are a loser and I never should have become involved with you to begin with.’ These type of statements can be so hurtful as to cause damage to your partner and should always be avoided,” explains Dr. Brown.

Do you go for the emotional jugular?

Dr. Brown warns that using one another's vulnerabilities in a fight is another sign that your arguments are toxic, and can have a highly corrosive effect on the bonds between you. “They undermine trust and torpedo the ability to be truly vulnerable because we don't trust that we aren't going to be attacked. It's different than just having an adult disagreement. It's more about power — and when toxic, the abuse of power,” he explains.

What to do if your arguments have become toxic.

If these questions are resonating, there may be a possibility that the fights in your relationship are not healthy. In that case, the question becomes: What can you do about it? Dr. Wish says it's not as straightforward as it may seem. “It sounds like a good idea to develop internal cues to calm down. Or, to have an agreement with your partner that if one of you gets out of control, that the other person will give you the agreed upon signal. Or, another wise-sounding idea is to kindly and softly remove yourself from the situation until things have calmed down,” says Dr. Wish. “The problem with all these good ideas is that too often they don't work. Once adrenaline gets activated in the brain, it is often too difficult to take charge and calm down. To make things worse, the brain's hormones activate the fight or flight process, which can also be a challenge to dial back.” In this situation, Dr. Wish suggests getting some outside help. “The wisest step to take is going to counseling or taking an anger management course or a fair-fighting course,” she advises.

Dr. Brown agrees. “If you find that your fights are continuing without much in the way of healthy resolution, it may be a good time to seek out a couples' therapist to help the two of you get an objective perspective on why the two of you have become toxic, and to learn some healthier conflict resolution skills,” he says.

The ultimate takeaway here is that the first step to having healthier arguments is recognizing there is a problem. Once you’ve identified it, you can start taking positive steps to find better ways to deal with conflict, either as a team or with the help of an expert.